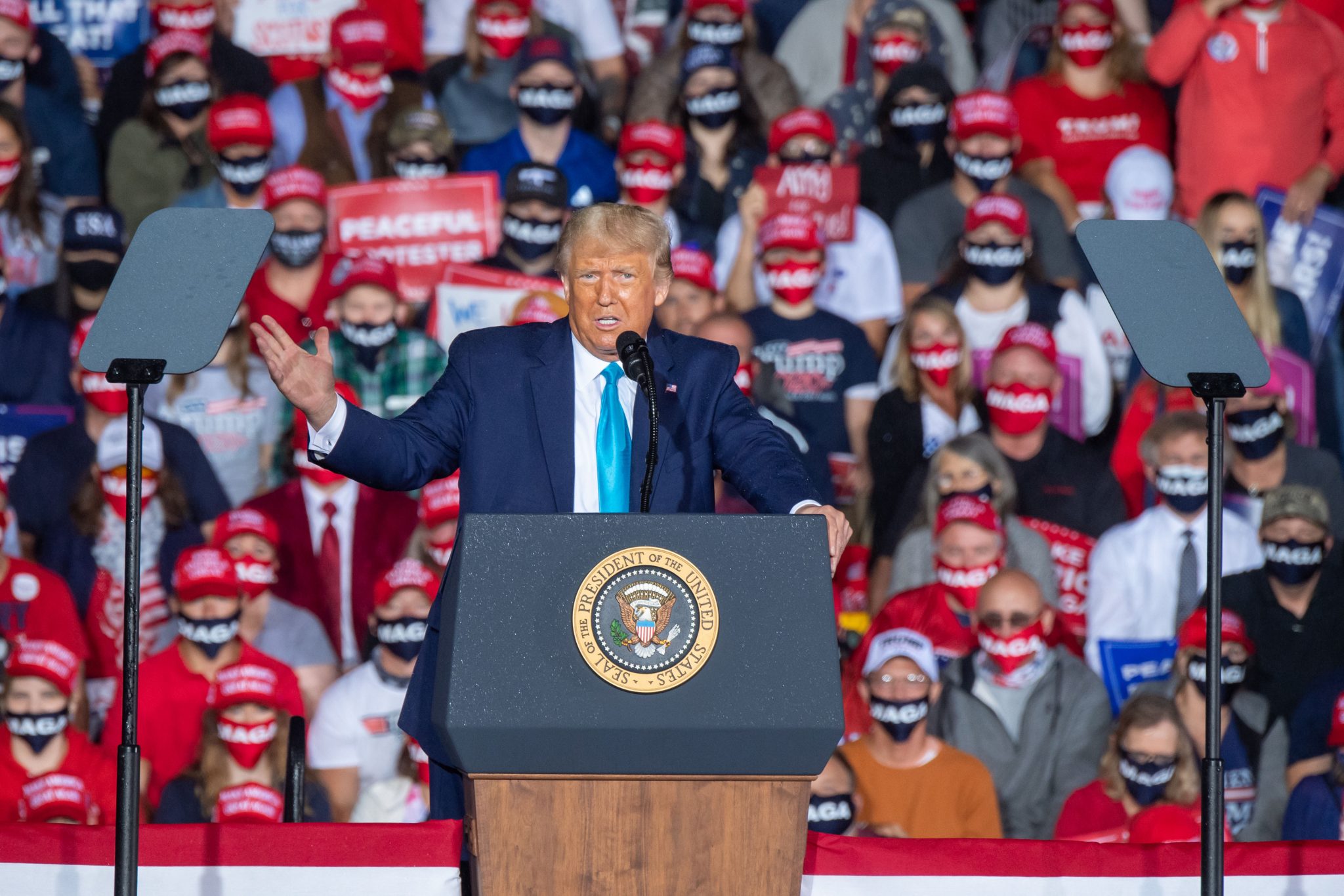 What else could go wrong in America?

You will note I am not bothering, pedantically, with citing current examples: there being enough of those as it is, spread starkly across the public record.

I predict Senate critics are not going to nail her on unverified shady accusations that as a teenager she harassed male fellow students.

What else could go wrong in America? I suggest the possibility of more or less successful attempts to smear the reputation and character of a nominee for U.S. Supreme Court on the basis of her religious faith.

To that we’ve come in this crazy year? We’ll see soon enough. You need to bear in mind that Judge Amy Coney Barrett is 1) a practicing Roman Catholic of the sincere — as opposed to the Christmas-and-Easter variety — who 2) gives every appearance of believing the Bible and accepting Christian teachings dating back 2000 years; wherefore 3) she belongs to a Christian organization, People of Praise, designed to deepen faith and witness; and 4) has said publicly — brace yourself — that “a legal career is but a means to one end and that end is building the kingdom of God.”

I predict Senate critics are not going to nail her on unverified shady accusations that as a teenager she harassed male fellow students — that tactic having been tried in reverse as it were, and failed, against Brett Kavanaugh. The irony of the case, were it to go so far, would be senatorial tut-tutting and cluck-clucking over the Christian moral standards widely seen as standing between sexual desire and the sexual aggression unfairly imputed to Kavanaugh.

Any imputation that Amy Coney Barrett’s Christian convictions render her unsuitable for a Supreme Court seat would be worse than ludicrous; it would comment, direly, on the dire state of moral belief and practice in our dire and morally dried-up times.

Back to the Department of Ironies. A president reviled by his foes as immoral has nominated to the court an exemplar of morality, according to all we have been told about her. Here is a still deeper irony. The nomination would seem, not quite to herald — we are not that far along yet — but to illumine the growing itch for a rebirth of faith. We should be so lucky.

America’s round of cultural problems — poisonous politics, racial strains and stresses, family dissolution, male–female relationships in a huge mess — can be ascribed at least in part to the dissolution of ancient moral truths. Understandings of natural law — law written on the heart — fed the stream of Christian understandings advertised and adhered to by the Church: not necessarily the Church of Rome; rather, the whole varied body of Christian believers. Points of procedure and practice might divide the churches occasionally; less often, points of belief. God’s calling required belief and action both.

There was little enough talk of “my truths” or “our truths.” Or “evolving truths” — things that “we” were developing and refining for ourselves without outside help. As America’s founders recognized, Truth was of God. It all came down to getting with the big program: “building the kingdom of God,” to borrow Amy Coney Barret’s formulation. There was territory to annex and subdue; there were works of the mind and the heart to perform. Fine. None of it sneaked past the large aim of living according to the prescriptions of the Author of Life.

That very authorship seems the precise point from which modern culture deviates. No, no, — it’s all about us! It’s what we want! Get off our backs, Lord! We’re the ones writing this book!

Oh? That explains where we are today, doesn’t it? — the tumult, the shouting, the rape charges, the effluvia of the internet? Etc.?

The possibility of elevating to the court — not that a variety of decent people don’t sit there now, but you can’t have too many — a jurist of Amy Coney Barrett’s qualities and outlook should pep us up in a gloomy time. Not everything is going — yet — to what her fellow Christians formerly described as “the hot place.” But it’s nice — and I don’t care a rap what today’s tasteless culture thinks about Western movies — to hear a distant bugle blowing the Charge.