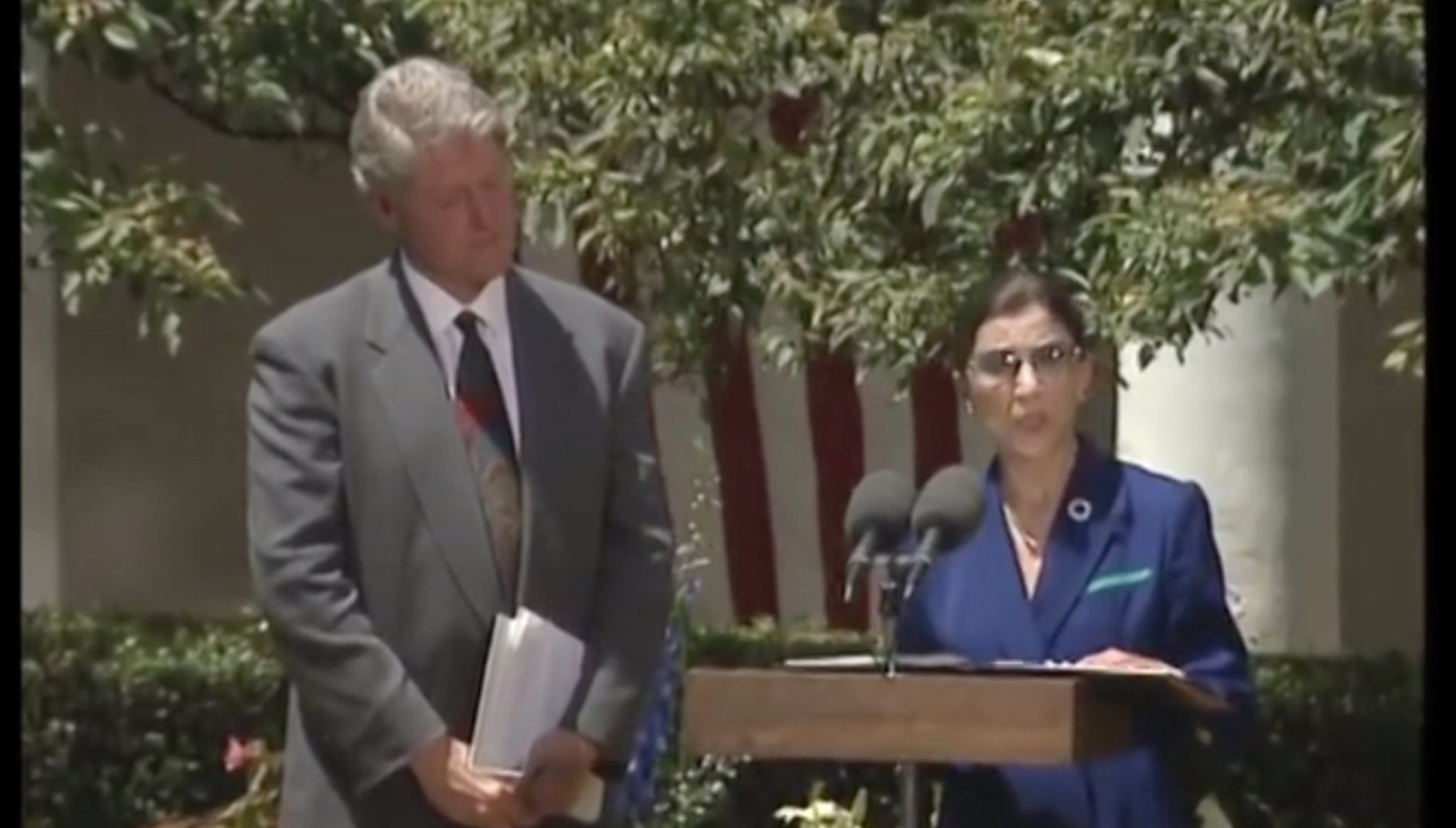 If Ken Starr, in the Wall Street Journal, praises his late friend Ruth Bader Ginsburg as humane, conscientious, and just plain nice, that’s good enough for me. We can talk later about who’s going to take her Supreme Court seat, and when.

I am minded in the meantime to remember her as less a constitutional bulldozer than as a jurist cognizant of considerations — tact and caution, chiefly — that bolster a democratic republic’s survival chances.

You couldn’t call her, on such grounds, a sweet little pro-life nun. What you could call her, then and now, is a realist as to the dangers of judicial imperialism.

Down to cases. Roe v. Wade, the 7-2 decision whereby the court turned abortion into a pregnant woman’s personal right. Which right Ginsburg supported — only not the way it came to us as a nation, hesitant to declare its unborn just blobs in the womb, pesky little critters who, once fully formed, emerge to demand food, lodging, and a college education. She wasn’t on the court when Roe came down, 49 years ago next January. She didn’t like the court’s approach to the job at hand, nonetheless. Here’s what she said in a 1993 speech at New York University School of Law:

Roe declared “violative of the Due Process Clause of the Fourteenth Amendment” a Texas criminal abortion that allowed abortion only to save a pregnant woman’s life. “Suppose the Court had stopped there, rightly declaring unconstitutional the most extreme brand of law in the nation, and had not gone on, as the Court did in Roe, to fashion a regime blanketing the subject, a set of rules that displaced virtually every state law then in force. Would there have been the twenty-year controversy we have witnessed… ? A less encompassing Roe, one that merely struck down the extreme Texas law and went no further on that day, I believe and will summarize why, might have served to reduce rather than to fuel controversy.” Senators considering her nomination to the high court that year didn’t know what to make of such a position. She clarified: Her ideal was full autonomy for women and “full equality with men.”

You couldn’t call her, on such grounds, a sweet little pro-life nun. What you could call her, then and now, is a realist as to the dangers of judicial imperialism. We could use more such realists, by way of ending the hair-pulling, knock-down-drag-out environment in which we consider and vote on Supreme Court nominees. The environment, say, that we’re in now, due to her death.

The thought of what lies ahead for the country, amid so much other wreckage in this annus horribilis, makes the flesh crawl. It’s at bottom about reducing, through conservative appointments, the judicial propensity to pass what are effectively laws of national application rather than adjudicate as cleanly and clearly as possible two parties’ fistfights. Roe declared out of the blue a new national policy on the blotting out of unborn life.

The justices in Roe thought to hobble, if not to destroy, state power over abortion. The Ginsburg critique of Roe — hardly what would be called a pro-life critique — was that it didn’t leave the states free to reach their own solutions. No! We needed, according to the court majority, a national approach. The states’ job was to shut up and take the medicine ladled out by Washington — always a poor approach to the patching up of significant differences among the contending parties.

“OK, let’s work things out” was a phrase the Roe majority and its partisans had no need to utter. They had won! Yea! Onward we were to move. Except we didn’t, not being ready. The court hadn’t reckoned with conscientious and widespread opposition to the taking of unborn life.

Winners and losers make strange and quarrelsome bedfellows in a republic founded on, among other things, the need for thrashing things out, as opposed to thrashing one another with bung starters and baseball bats. Ruth Bader Ginsburg, as we will hear frequently in the days leading up to her funeral, had profound beliefs, among them — you will hear this less — the belief that judges are not kings: untouchable, unaccountable. She was more at one with Gerald Ford — “Here the people rule,” he said, upon assuming the presidency — than she likely was with the majority in Roe. It is a point to bear in mind during the hard days ahead.