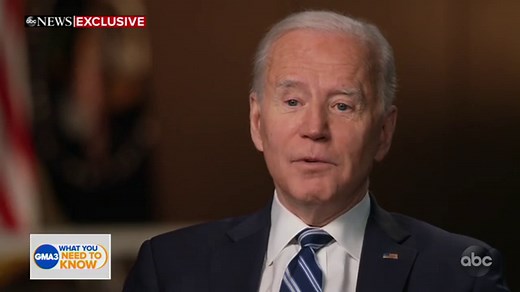 Tuesday’s testimony in front of the Senate Armed Services Committee told every American who was paying attention exactly what we needed to know about Biden’s withdrawal from Afghanistan.

Almost none of us with the ability to think critically didn’t already know it. But it’s always helpful to show clear images to the slow ones.

What are we talking about? The fact that Gens. Kenneth McKenzie, who as head of Central Command was in charge of the military pullout of Afghanistan, and Mark Milley, head of the Joint Chiefs of Staff, both testified that they advised President Joe Biden to keep 2,500 troops in that country.

McKenzie’s testimony came in response to a question by Republican Sen. James Inhofe of Oklahoma.

“I won’t share my personal recommendation to the president, but I will give you my honest opinion,” he said. “And my honest opinion and view shaped my recommendation. I recommended that we maintain 2,500 troops in Afghanistan, and I also recommended earlier in the fall of 2020 that we maintain 4,500 at that time. Those are my personal views. I also [had] a view that the withdrawal of those forces would lead inevitably to the collapse of the Afghan military forces and eventually the Afghan government.”

This is credible, because it’s the advice we know that McKenzie, Milley and others had given Biden’s predecessor.

What wasn’t credible then, and certainly isn’t now, was what came out of Biden’s mouth when asked about this question by ABC News host and Clinton Foundation donor George Stephanopoulos.

If you’ll remember, Biden said he never got any such advice.

“Your top military advisers warned against withdrawing on this timeline. They wanted you to keep about 2,500 troops,” Stephanopoulos said during that August 19 interview.

Stephanopoulos wasn’t very impressed with that answer and went further. “So no one told — your military advisors did not tell you, ‘No, we should just keep 2,500 troops. It’s been a stable situation for the last several years. We can do that. We can continue to do that’?”

“No,” came the response. “No one said that to me that I can recall.”

That he can recall. The classic dodge of the liar. He’s apparently claiming diminished capacity as a defense, which isn’t as exonerative as he hopes.

But even that doesn’t wash, you know.

Milley didn’t help Biden’s cause much. A “lot of intelligence,” Milley said at Tuesday’s hearing, “clearly indicated that after we withdrew, that it was a likely outcome of a collapse of the military and collapse of the government.”

By the way, Defense Secretary Lloyd Austin lent a third voice of confirmation about the recommendation for 2,500 troops to remain. Exactly who it was telling Biden he could pull everyone out with no trouble remains a mystery.

Everybody knew that once our armed forces were gone from Afghanistan the place would fold up. Everybody knew it. At least when President Trump insisted on pulling out before he left office it would have been in the middle of winter, when “fighting season” for the Taliban was months away. Biden pulled the troops out in the middle of fighting season, which meant a very predictable expedited cascade of failure.

So when Biden put this whole thing on the shoulders of his underlings, what was that? Was it an old man who didn’t know what he was saying?

Or was it an outright lie?

You already know the answer.

Yes, given the collapsing cognitive state in which Joe Biden currently resides – it’s worth keeping in mind that we get to see Joe Biden when he’s at his best, carefully curated by his handlers and supplied copious amounts of adderall or whatever other performance-enhancing pharmaceuticals are required to keep his motor running for the brief snippets of time he’s presented to the public – it’s tempting to chalk this up to dementia.

But don’t do that.

Joe Biden has never, ever had a truth-telling way. Joe Biden has for a half-century been one of, if not the premier, most shameless liars in all of American politics. When Biden bothered to emerge from his basement to campaign for president in 2020, all he told were lies. He told 65 lies in the two presidential debates with Trump.

Back in November, Mark Simone catalogued a long, but hardly exhaustive, list of provable, malicious lies Biden had told even before taking office as president. It’s impressive, and a few highlights are worth noting.

He accused Trump of keeping kids in cages, when it was the Obama administration who built those cages.

He said he’d been arrested in Soweto with Nelson Mandela back in the 1970’s, which had no factual basis whatsoever.

He said he’d opposed the Iraq War from the beginning. He voted for it.

He lied about getting an academic scholarship to law school.

He slandered Trump over the former president’s statements about the Charlottesville riot.

Simone left out a few things, like Biden’s claim that he came from a family of coal miners. And his claim that he’s been a college professor. Or Biden’s false story about how he and his current wife got together (Biden actually broke up the former Jill Stevenson’s marriage to Bill Stevenson, who had been a volunteer in his campaign). Or his fake story about how a drunk driver had killed his first wife and their daughter. How can you embellish the tragic deaths of people so close to you just for political advantage?

Biden even claimed to have played football for the University of Delaware when he didn’t.

And most of these horrific lies Joe Biden told long before he lost his marbles.

Joe Biden cannot tell the truth. The truth might literally kill him, so encrusted is his soul with malice and mendacity. Peel back that crust and what you’ll see is…nothing. An empty abyss.

The lies have corroded away what soul the man ever possessed. And Biden’s lies are corroding away the fabric of our nation. We’re becoming the empty abyss. We knew that before McKenzie and Milley confirmed the fundamental lie of the Afghanistan pullout on Tuesday.