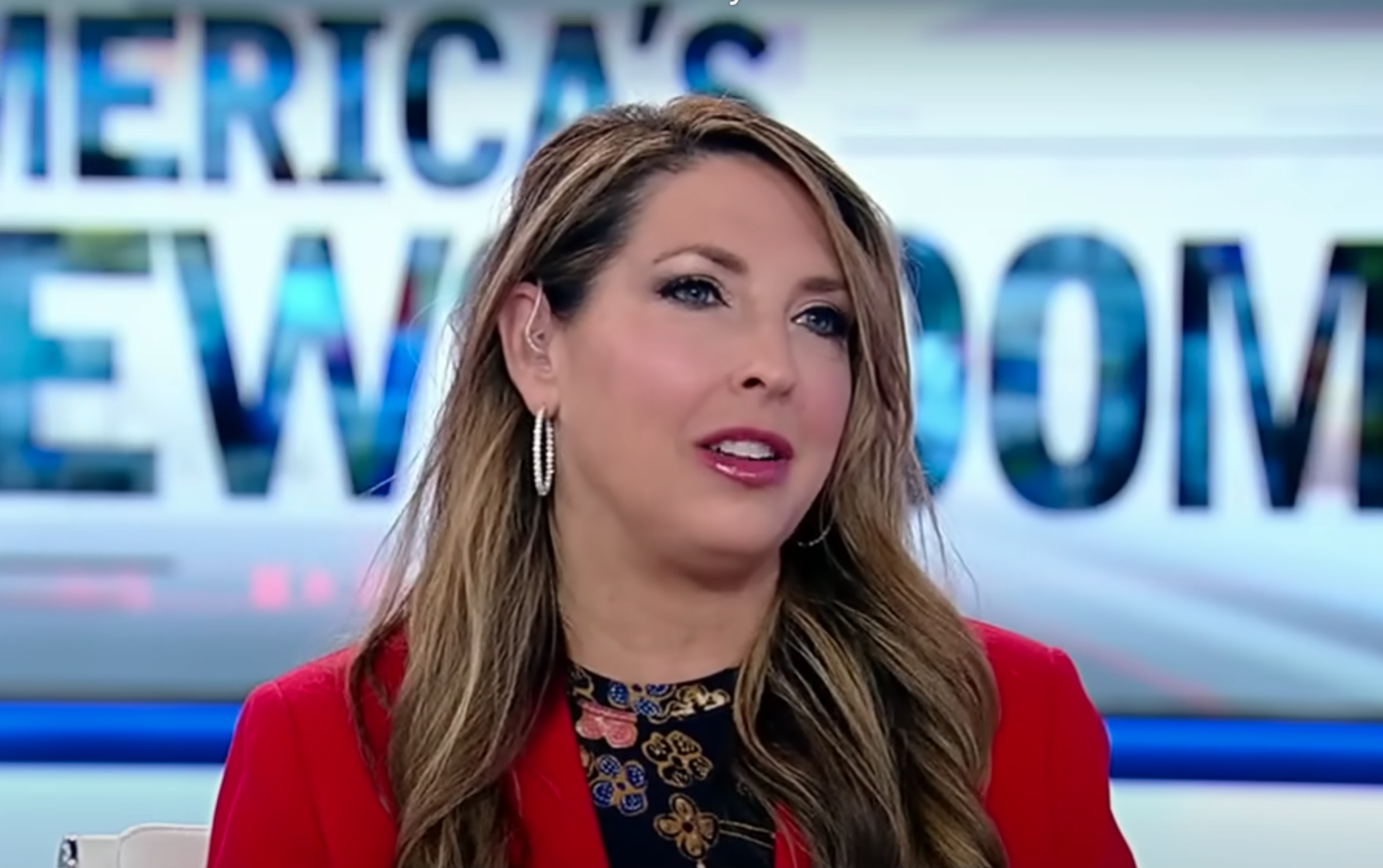 The accounts I have read about the race for Republican National Committee chair make it sound as if Ronna McDaniel is sure to win another term as leader of the GOP. These articles imply that her flunkies at the RNC will round up the votes necessary to guarantee her victory. I have no reason to question that assumption. But I wonder if state GOPs across the country, following the lead of their brethren in Arizona and Texas, could force McDaniel out of the race before that vote. After all, can she really lead the party if Republicans across the country have repudiated her leadership?

I don’t hate McDaniel. She clearly has some points in her favor and some winning qualities. But it has to be admitted, in light of her three losing election cycles and flaky comments in contradiction to the party’s platform — she sent out “Gay Pride Month” tweets at the beginning of Biden’s presidency, thereby paving the way for the recent Democratic gay marriage triumph that passed with substantial GOP support — that running the GOP effectively, and in a manner consistent with the party’s philosophy, is not her strength.

Can anyone seriously imagine the Democrats entrusting their party to a political operative who opposes abortion and gay marriage? That would never happen because the Democrats are not the “stupid party.” The GOP is, and there is nothing stupider than choosing “leaders” who reject the GOP platform and support Democratic positions. This isn’t a very complicated point and GOP leaders across the country should act on it by having their state parties formally call for McDaniel to withdraw from the RNC race.

Her tweets in favor of all things LGBTQ prove that she rejects the most important moral sections of the GOP platform.

Again, this is the only way to prevent McDaniel from getting a third term as chair that is sure to be as ineffective as the previous two. McDaniel has the vote of RNC members, most of whom don’t support the GOP platform either, sewn up. Her challengers are too obscure and unconnected within that craven world of donors and strategists to have any chance of winning. California lawyer Harmeet Dhillon can only win if McDaniel is forced to quit the race by a widespread rejection of her within state GOPs across the country.

My message to state GOPs across the country: The time to act is now. Immediately hold votes on resolutions calling on McDaniel to quit the RNC race. Make it clear to rank-and-file Republicans across the country that they should join this protest. Highlight for conservatives across the country that McDaniel rejects the moral philosophy of the GOP and is in effect working for the Democrats on crucial moral issues. Let’s face it: a transgender juggernaut is heading toward us, and McDaniel, far from stopping it, has hopped aboard it.

Her tweets in favor of all things LGBTQ prove that she rejects the most important moral sections of the GOP platform that insist upon the protection of the two-parent family as God designed it. This is not a small point. The equivalent of this on the Democratic side would be a DNC chair who had tweeted in defense of the Catholic Church’s teachings on abortion and homosexuality and still managed to win the race. That is simply impossible to imagine. The Democrats won’t even let socially conservative Dems speak at their conventions, let alone serve in leadership positions. Having McDaniel run the RNC is like having Tulsi Gabbard run the DNC. That would never happen because the Democrats are not stupid enough to sabotage their own platform. They enter politics to advance their ideas. Republicans like McDaniel enter politics for a seat at the table, which often means ratifying the consensus of the “uniparty” in Washington, D.C.

It turns out that McDaniel is neither principled nor pragmatic. Even if she could win races for Republicans, and her record fails to bear that out, those victories wouldn’t be particularly meaningful, as the candidates she favors reflect her own moderate and woke instincts.

Does anyone think this niece of Mitt Romney and shill for the decadent GOP donor and consultant class has any real interest in seeing that conservative policies prevail? I don’t know enough about Dhillon to say whether or not she is a pillar of conservatism. But this much is clear: She is not as woke as McDaniel and less politically dumb. Why not give her a chance? Her leadership can’t be any worse than McDaniel’s over the last three failed election cycles for the GOP. So my earnest plea to members of state GOPs across the country is this: Today — I repeat today — gather together and formulate resolutions calling on McDaniel to withdraw from the race and calling for an RNC chair committed unequivocally to the whole GOP platform, not just the parts that don’t offend the Washington ruling class.