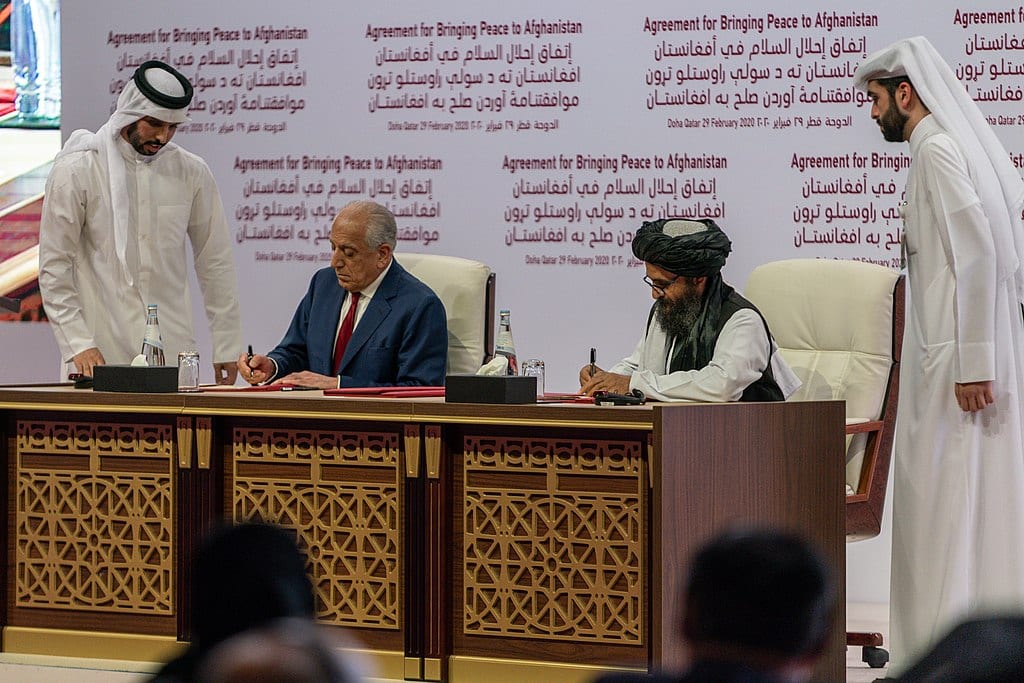 Nearly a half-century apart, two presidential candidates promised the end to wars that had gone on too long. In 1968, Richard Nixon promised “peace with honor” in Vietnam. In 2016, Donald Trump promised an end to our “endless wars” in the Middle East and Southwest Asia.

In 1968, the nation was politically torn apart over the Vietnam War. Among thousands of sometimes-violent protests against the war, some chanted that Ho Chi Minh, the communist dictator of North Vietnam, would win. Young men burned their draft cards, and some fled to Canada to avoid the draft. Roll calls of soldiers killed in action were read over the nightly news.

The political situation in 2016 was vastly different. The Afghanistan war was 15 years old, but most Americans remained unconcerned and uninformed about the war. They remain so today. There are no huge anti-war protests, and those in the media who bother to report on Afghanistan only do so to criticize Trump.

Nixon’s 1973 announcement of the Paris Peace Accords claimed they would deliver the peace with honor he promised. In 1974, the last U.S. troops left Vietnam. The South Vietnamese capital of Saigon fell to the North’s forces in April 1975.

The February 29, 2020, peace agreement with the Taliban (which now styles itself as the “Islamic Emirate of Afghanistan”) supposedly ends the war 14 months later. By that time, all U.S. and Coalition forces are supposed to have been withdrawn. Kabul will fall to the Taliban quickly after that date.

We have been at war in Afghanistan since October 7, 2001, when the first American bombs started falling on the Taliban. In more than 18 years of war, about 2,400 U.S. soldiers have been killed, tens of thousands have been wounded, and we have spent about $2.4 trillion. More than 850 of our allies’ coalition troops, including more than 450 from the UK alone, have died serving alongside our troops.

The February 29 agreement is too much like the 1973 Paris Peace Accords for anyone to celebrate it. The only question is whether, after America’s (and our allies’) sacrifice of lives and treasure, the agreement makes America safer than we were before al-Qaeda attacked us on September 11, 2001. It does not.

President Trump said he had faith in the new deal with the Taliban because “everyone is tired of war.”

The agreement acknowledges that the Taliban now calls itself the “Islamic Emirate of Afghanistan,” and that the U.S. does not recognize it as a state. That sidebar is noted several times in the agreement’s terms. Nevertheless, it was signed by the “IEA” and the United States.

The deal is in three parts.

Part One obligates the United States to withdraw all of its and its Coalition partners’ troops, contractors, and non-diplomatic personnel within 14 months, i.e., by May 1, 2021. Moreover, it obligates the U.S. to reduce, within 135 days, its troop strength from about 16,000 to 8,600 with a corresponding reduction in Coalition troops and requires the U.S. and the Coalition to withdraw all forces from five bases in Afghanistan.

Remember how the Vietnam peace talks dragged on over the question of whether the North Vietnamese would even negotiate with the South? They refused, saying the South was a mere puppet of the United States. The Taliban has done the same.

But the agreement presumes such negotiations will take place and provides incentives for the Taliban to at least begin them on or about March 10.

If such negotiations are begun on March 10, Part One of the agreement provides that the U.S. will begin an administrative review of current sanctions against (and rewards for the capture of) Taliban members with the goal of removing the sanctions by August 27, 2020. If such negotiations start on March 10, the U.S. also agrees to start diplomatic action in the UN to remove its sanctions against Taliban members.

Part One concludes with the requirement that the U.S. and its allies will refrain from the threat of or use of force against Afghanistan’s territorial integrity or political independence. It also obligates U.S. and the Coalition to not intervene in Afghanistan’s “domestic affairs.”

Part Two places obligations on the Taliban, which agrees to not allow its members or other individuals or groups — specifically including al-Qaeda — to use Afghanistan’s territory to threaten the security of the U.S. and its allies. It requires the Taliban to send “a clear message” to those who pose a security threat to the U.S. that it will not cooperate with such groups. The Taliban agrees to not allow recruiting, training, or fundraising for terrorist groups.

There is no mechanism for verifying, far less enforcing, the Taliban’s promises.

Part Three of the agreement provides that the U.S. will ask the UN to recognize the agreement. It concludes with a promise by the U.S. and the Taliban to seek positive relations with each other and for the U.S. to seek economic cooperation for reconstruction with whatever government results from those “intra-Afghan” negotiations.

The agreement places firm obligations on the U.S. and the Coalition and has a sufficient number of conditions attached to the Taliban’s obligations that it can avoid any and all of its “obligations” under the agreement.

In announcing the agreement, Trump said, “I really believe the Taliban wants to do something to show we’re not all wasting time.” He added. “If bad things happen, we’ll go back with a force like no one’s ever seen.”

The president is fooling no one. We are not going back into Afghanistan unless it provides al-Qaeda (or any number of other terrorist networks) with a long-term safe haven sufficient for it to mount another attack on us as bad or worse than 9/11.

We aren’t leaving behind enough airpower, special forces, and intelligence operatives to prevent the Taliban from creating another such safe haven for terrorists or to enforce any of the Taliban’s few other obligations. Our spy satellites can see a lot, and the NSA can intercept almost any electronic communication, but our intelligence in Afghanistan — after we withdraw — will be limited in the same way it was before 9/11.

In short, the deal is a cloud of smoke under which we will withdraw from Afghanistan and have to take our chances. We will withdraw in 14 months, the Kabul government will fall just like its South Vietnamese predecessor, and Afghanistan — aided by Pakistan, Iran, Russia, and China — will resume its pre-9/11 activities.

As I have written many times before, the lesson of Vietnam is that if you don’t fight a war in a manner calculated to win it decisively, you will lose it inevitably.

In Vietnam, we lost to a communist regime that had no desire to bring the war to the United States. Its ideology imposed no such requirement. The critical difference in Afghanistan is that the Islamist ideology — which we have never even tried to damage or destroy — requires Islamists such as the Taliban, al-Qaeda, and the rest to bring their war to our homeland again, just as they did on 9/11.

Trump may believe that the deal reached with the Taliban was the best deal possible. That is almost certainly true. But equally true is the fact that the deal does not make us any safer than we were on September 10, 2001.