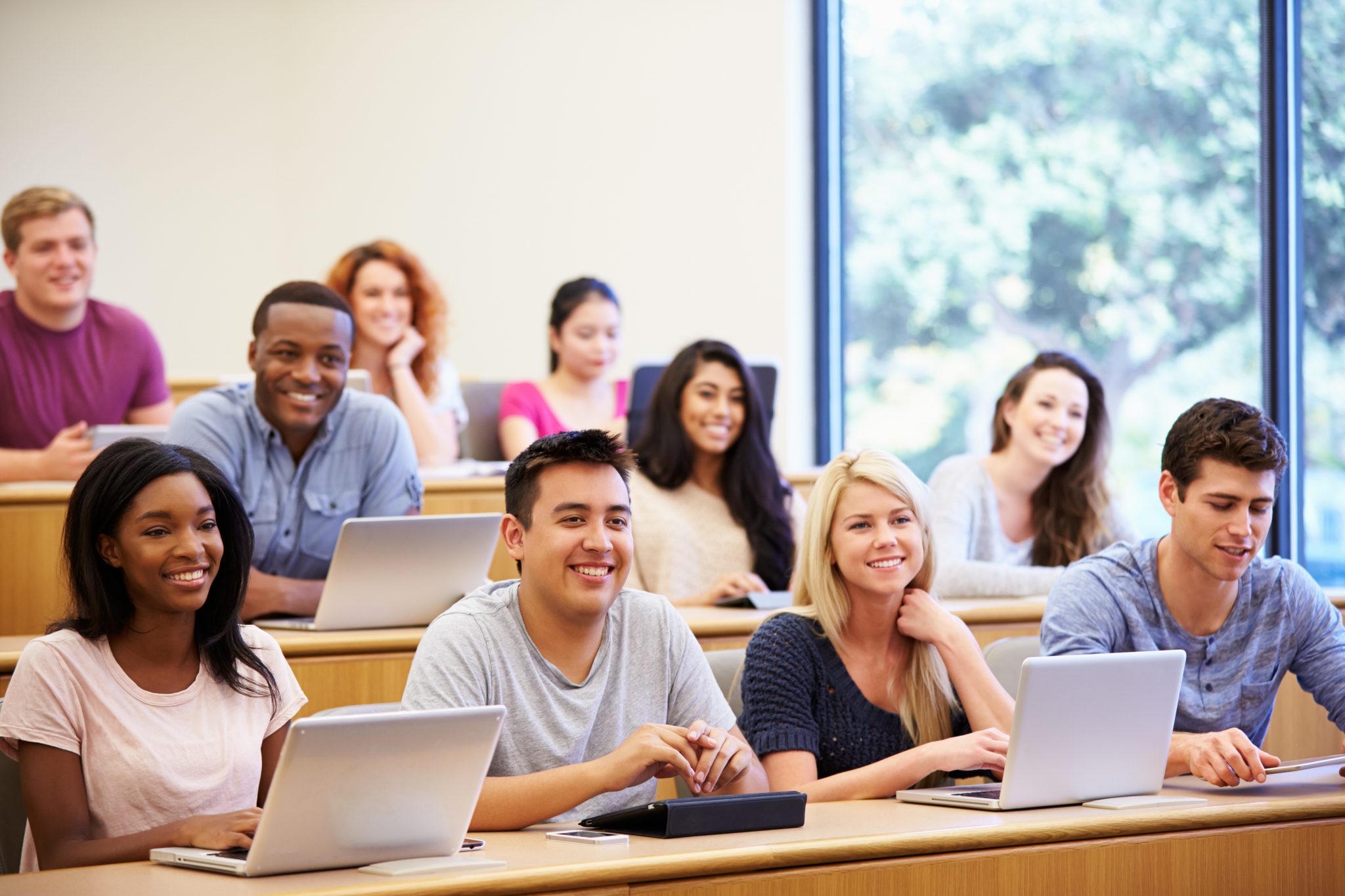 A conservative 6-3 majority on the Supreme Court and four major lawsuits alleging illegal discrimination against whites and Asians in college admissions could lead to an end to affirmative action under the Biden administration — and Biden can do little to stop it.

The Biden administration will likely withdraw the Department of Justice’s lawsuit against Yale University alleging race is the determinative factor in hundreds of admission decisions a year. But anti–affirmative action group Students for Fair Admissions has filed a motion to intervene in the case, and, if granted, the case could proceed without the federal government’s support.

The incoming administration is also likely to withdraw the Trump administration’s amicus brief in Students for Fair Admissions’ lawsuit against Harvard University. But that withdrawal will hardly change things, as the case will in all likelihood make it to the Supreme Court even without the DOJ’s support.

“This lawsuit is now on track to go up to the U.S. Supreme Court,” said Blum, “where we will ask the justices to end these unfair and unconstitutional race-based admissions policies at Harvard and all colleges and universities.”

Students for Fair Admissions has until mid-April 2021 to file a petition for certiorari under the Supreme Court’s amended COVID rules. Once they do so, four Supreme Court justices must agree to hear the case for the court to grant review.

Three justices — John Roberts, Clarence Thomas, and Samuel Alito Jr. — have previously ruled that diversity is no justification for discrimination on the basis of race in college admissions. The three justices nominated by Trump — Neil Gorsuch, Brett Kavanaugh, and Amy Coney Barrett — are predicted to hold the same belief, but they have not ruled on any cases involving affirmative action and have not spoken out against it.

The three liberal justices — Stephen Breyer, Sonia Sotomayor, and Elena Kagan — are viewed as certain votes in favor of affirmative action, although Kagan has yet to rule on such a case.

During Trump’s presidency, Chief Justice Roberts’ decision-making has become dominated by a goal of convincing liberals that the Supreme Court is not partisan or activist. In the case June Medical Services LLC v. Russo, for instance, he ruled against allowing the state of Louisiana to require abortion doctors to have admitting privileges at nearby hospitals, even though he voted to uphold an almost identical Texas law in 2016.

Roberts might pursue this same goal with a new affirmative action case. But he could deviate from it with affirmative action, as he has been outspoken and passionate in his opposition to the practice since the 1980s.

In 2006, he similarly wrote, “It is a sordid business, this divvying us up by race.”

In the 2016 case Fisher v. Texas, which upheld affirmative action in a surprise 4-3 ruling when Justice Anthony Kennedy changed his views on affirmative action, Roberts asked questions like, “Should someone who is one-quarter Hispanic check the Hispanic box or some different box?” and “What unique perspective does a minority student bring to a physics class?”

When Roberts worked for the Reagan administration in the 1980s, he worked to ensure colorblind policies in the administration’s hiring.

Justice Thomas has also been famously outspoken against affirmative action, which he views as an attempt by white people to stamp African Americans with “a badge of inferiority.”

“I believe blacks can achieve in every avenue of American life without the meddling of university administrators,” he wrote in his dissent to 2003’s Grutter v. Bollinger, which held that affirmative action does not violate the 14th Amendment so long as the admissions process is holistic and individualistic.

“The Constitution abhors classifications based on race,” Thomas wrote in his dissent, “not only because those classifications can harm favored races or are based on illegitimate motives, but also because every time the government places citizens on racial registers and makes race relevant to the provision of burdens or benefits, it demeans us all.”

Justice Alito is similarly opposed to affirmative action, having written a 50-page dissent railing against the practice in the 2016 Fisher case.

Even though all indications point towards a Supreme Court majority opposed to affirmative action, Roberts may want to delay granting review on the Harvard case. In 2003, Justice Sandra Day O’Connor’s majority opinion in Grutter said that race-conscious admissions policies would no longer be necessary in 25 years — which would be in 2028. Waiting until 2028 would allow Roberts to claim that a ruling against affirmative action is in line with precedent.

But with five other conservative justices on the court, Roberts might not be able to stop the court from hearing the case. In fact, most Supreme Court observers think that Students for Fair Admissions v. Harvard University will make it to the Supreme Court.

And if Students for Fair Admissions files its petition by early January, it is possible that the court could hear the case this term and hand down a decision by June. More likely, however, the case will be heard next term.

If the Supreme Court hears the Harvard case, it could rule outright that race-conscious admissions policies violate the Equal Protection Clause of the 14th Amendment and federal civil rights law by discriminating on the basis of race, thus overturning Regents of the University of California v. Bakke (1978), Grutter, and Fisher. It’s certainly possible that there could be such a definitive ruling, as the conservative justices can lose one from their ranks and still maintain their majority.

But the Supreme Court could also issue a narrower ruling against affirmative action. This could happen if Roberts decides he should proceed with a goal of avoiding accusations of conservative activism and convinces one of the new justices to rule with him.

With a narrower ruling, the Supreme Court could decide that affirmative action is legal, but that Harvard’s admissions policies are illegal discrimination because the policies are not narrowly tailored and/or the university didn’t exhaust racially neutral alternatives aimed at diversity like recruiting minorities. Both of these requirements have Supreme Court precedent. Thus, by violating these two requirements, Harvard’s admissions policies would not pass strict scrutiny.

For example, the Department of Justice showed that at Yale University, African American applicants at a certain level of academic achievement are eight times more likely than academically comparable Asian applicants to be accepted. The court could find these racial practices are far beyond the simple “plus” factor that a person’s race can legally provide in college admissions, according to the ruling in Bakke.

“Although the Supreme Court has held that colleges receiving federal funds may consider applicants’ race in certain limited circumstances,” the DOJ wrote, “the district court’s factual findings demonstrated that Harvard’s use of race is anything but limited.”

A narrower ruling could cause other colleges to fear a lawsuit, prompting some of them to lessen or eliminate the role of race in their admissions policies.

But many colleges are absolutely dedicated to — perhaps obsessed with — diversity, seeing it as their primary goal. In the event of a narrower ruling by the Supreme Court, some colleges would likely maintain as much racial preference and balancing as possible.

In decision after decision on affirmative action, conservative justices have surprisingly switched their prior positions to rule in favor of affirmative action, including Sandra Day O’Connor in 2003 and Anthony Kennedy in 2016. The same could happen again, but this time it would require two surprise rulings.

With Roberts’ new agenda of fearful inaction, he could prevent what he has worked for decades to achieve: a country where students are judged not by their race, but by their academic achievement, extracurricular success, and personal character.

But more likely, the Supreme Court will finally issue a ruling, narrow or broad, against affirmative action, which will move the country away from its modern form of racial discrimination.