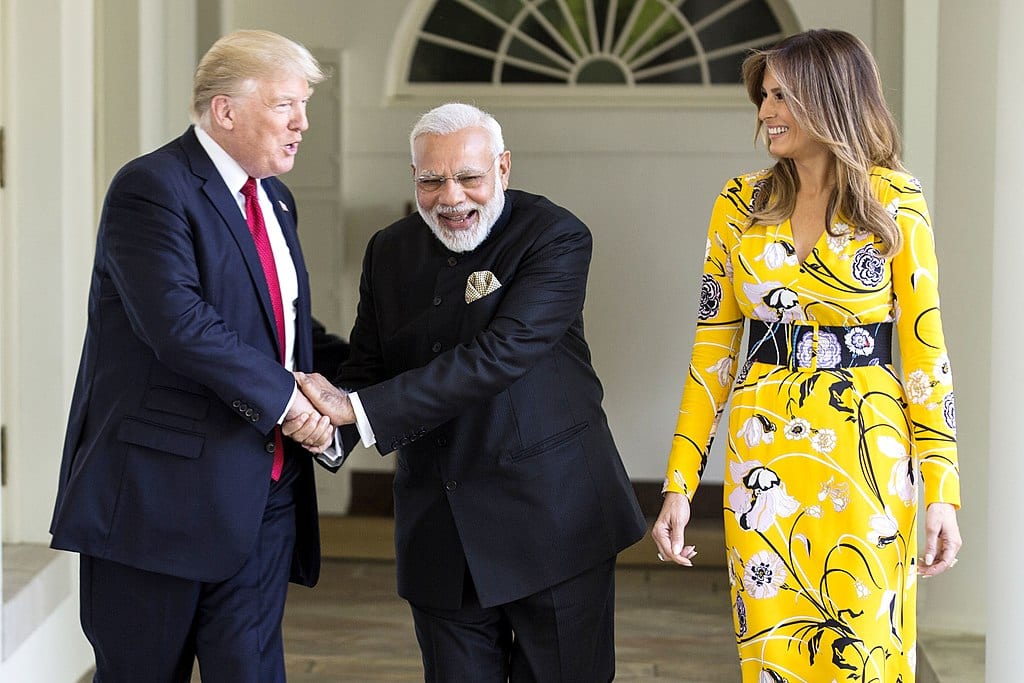 In April the Republic of India, the world’s largest democracy, will go to the polls. The electorate is over 800 million and 66% percent turnout was the case in the last general election of 2014, which brought Narendra Modi and his Bharatiya Janata Party (BJP) to power with an absolute majority, something not seen since 1984 following the assassination of Indira Gandhi.

Only a year ago, it appeared that Prime Minister Modi was invincible, with an unyielding grip. However, now the prospects for an absolute majority are questionable. In terms of public perception, it is fair to say that Rahul Gandhi, son of Sonia and Rajiv Gandhi and president of the Congress Party, has increased in stature in his own right, no longer so widely viewed as solely the aristocratic scion of the Nehru-Gandhi dynasty.

Mr. Modi has a reputation for excellence in implementation, in a complicated land of many ethnic, linguistic, religious, and regional differences, and a federal system that puts states at odds with the Centre, as the Government of India is called. His accomplishments in office include, for example, a strong economy on average, investment in rural infrastructure and electrification, simplification of the nation’s tax code, emphasis of private enterprise and a commitment to indigenous industry known as Make In India, a vigorous defense build-up, particularly to address the threat of China, and an enhanced and continuing partnership with the United States that started with the BJP and President George W. Bush.

While the Indian economy has recorded a 7.2% compounded annual growth rate of GDP since 2014, the national mood about the economy is not so buoyant. The agricultural sector, which employs 47% of the nation’s work force, registered a 3.5% growth rate during this period. Further, the construction sector was relatively weak at 4.9%, and this sector has created more than a third of all non-farm jobs in the country since economic deregulation started almost thirty years ago.

While difficult to measure because of underemployment of people, unemployment is at estimated at 6.1% by the National Sample Survey Office — this is a 45-year high. Make In India therefore lacks enough evidence to support itself, and there is a perception that a broad-based focus on small-to-medium enterprise (SME) is needed to drive the manufacturing base. While there are high visibility joint venture collaborations with the U.S. to manufacture in India — Boeing/Tata (AH-64 Apache fuselage), Boeing/Mahindra (F/A-18 fighter), and Lockheed/Tata (F-16 fighter) — the scale needed is much greater to bring down unemployment.

Additional disaffection in the middle and upper middle class over intensified Hindu nationalism is undoubtedly a factor affecting perception. After being elected almost five years ago, Mr. Modi immediately adopted a strong stance against corruption, and until recently there were no high visibility scandals. Last year, the $2 billion fraud at the Punjab National Bank, the second largest state-controlled bank in India that involved a major jewelry firm, was detrimental to financial markets and raised questions about governance. Of late, while India’s judiciary declined to investigate the $8.4 billion procurement of 36 Rafale aircraft from the French company Dassault Aviation, Rahul Gandhi is stating that during negotiations between the Ministry of Defense and Dassault, the Prime Minister’s Office conducted “parallel negotiations.”

In December, and as written in these pages, the BJP lost badly in local elections in Hindi speaking northern states with a combined population of nearly 170 million. This was indeed a bad omen for Mr. Modi’s party.

Prime Minister Modi is a highly skillful politician, and he is artfully addressing his critics to enhance his prospects for reelection. The budget released February 1 calls for financial transfers to small farmers, relief for middle class taxpayers, pensions for the unorganized sector, and support for certain castes and tribes designated for assistance. By some accounts, he has scooped and caught the opposition off balance, with little time left for them to counter. Mr. Modi is also seeking influence where the BJP has been traditionally weak — in Kerala, Telengana, West Bengal, Odisha, and the Northeast, to counter the local losses in the state national assemblies of the North.

It is said that there are two Indias. There is the India of Bollywood, IT campuses, imported BMWs, and Mont Blanc pens. And there is Bharat or rural India, a place of bullock carts, rice paddies, wheat and mustard seed fields, and cash cropping and subsistence farming. The opposition has thrown down the gauntlet, and Mr. Modi will need support in both.

Frank Schell is a business strategy consultant and former Senior Vice President of the First National Bank of Chicago. He was a Lecturer at the Harris School of Public Policy, University of Chicago, and is a contributor of opinion pieces to various journals.