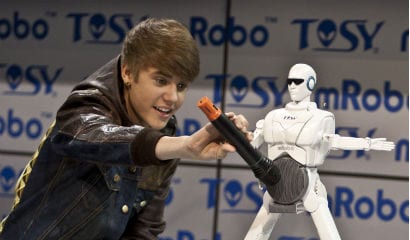 In the early days of the Industrial Revolution a number of English textile workers saw their livelihoods replaced by automated machines. Faced with joblessness, poverty, and starvation the group, calling itself the Luddites, protested by writing ballads, broadsides and, most notoriously, by destroying a few automated textile looms.

Today, the Luddites are generally seen as wrong-headed and backward technophobes, when in fact they were not anti-technology, but, in the words of Ronnie Bray, “anti-starvation.” Suffice it to say, that had automation delivered on its promise to maintain or create jobs, at least in the short term, there would have been no Luddite backlash.

The Luddites are invoked each time some Cassandra questions the wisdom of the direction of our ongoing hi-tech revolution. Such revolutions, it is believed, are good for society and economies. The old jobs may be going away, but they will be replaced by new ones.

And, indeed, for decades, our leaders have been preaching new mostly minimum wage service sector openings, while we wait for something better to come along.

Meanwhile technology marches on. Automated scanners are fast replacing cashiers; the Internet has replaced press operators and travel agents; software is replacing bookkeepers, clerical workers, medical transcriptionists, and repetitive production jobs in manufacturing. And the nerds are only warming up. Even one of the most popular and celebrated jobs for the working poor, the armed forces, is getting ready for the era of robotic warfare. Good for smart techies, bad for those who work with their hands.

As in all revolutions, there will be winner and losers.

Perhaps the most essential question of our times is what to do about those with low cognitive abilities and low IQ when the only jobs suited them have been taken over by smart machines or made obsolete by software?

Where is today’s equivalent of the industrial jobs created between the 1880s and the late 1920s that offered a new life to the artisans, skilled craftsmen, and farmhands whose jobs were rendered obsolete by automation?

MOST COMMENTATORS dismiss such concerns as baseless: “Lamenting the loss of jobs to technology is a waste of time. We must evolve, too. So the jobs where someone tells you what to do aren’t available; find something else,” wrote one.

The problem with such superficial, callous and all-too-common criticisms is that much of the low-skill labor force by definition can often only do easily replaced manual repetitive labor and are unable to tackle more cognitively demanding jobs. What then is thesomething else they are supposed to find that won’t be mechanized or rendered obsolete in the coming decades?

Obviously not all menial jobs will go away. Perhaps a few fast-food jobs (which are and will continue to be subsidized by taxpayers to the tune of $7 billion annually) will remain a viable option for those who don’t mind working hard for poverty wages, or are forced to find work as per the terms of their parole. But even those jobs are far from secure. One new robot called Alpha can already turn out360 hamburgers per hour. Already one can visit Walmart, shop to one’s content, visit the self-checkout lane, and never interact with a human being.

The direction we are headed may be one where the working class will simply not bother to work at all. The share of the population that’s either working or looking for work, known as the participation rate, fell to 63.3 percent earlier this year. Among younger adults the participation rate has fallen below 55 percent. Already nearly half of our most able-bodied workers have dropped out of the workforce.

Well that’s one solution. Somehow I doubt our political leaders have another.