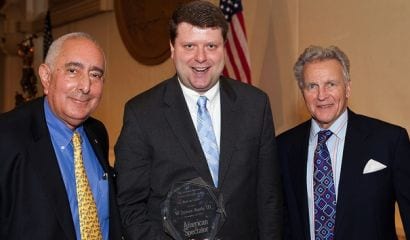 We have outdone ourselves. I wanted you to know about it.

On October 23, at Washington’s JW Marriott, we are holding the Robert L. Bartley Dinner celebrating forty-six years as the leader of The Vast Right-Wing Conspiracy. You are invited. Donald Trump will be there to accept the T. Boone Pickens Award for entrepreneurship. Bill McGurn of the infallible New York Post will be there to accept the Barbara Olson Award for journalism. We shall give our Young Writer’s Award. We shall feature Gary Sinise, the Emmy- and Golden Globe-winning Actor and Academy Award nominee, and Ben Stein will MC with his usual deadpan wit.

Who else will be there? The crème de la crème of the conservative movement will be there: writers, supporters, politicians, and, best of all, readers. Finally, just to emphasize the point, our Keynote Speaker will be Senator Ted Cruz who then will be departing Washington two days later to test the waters of Iowa. In Senator Cruz’s epic twenty-one hour civics lesson to the United States Senate he did not exhaust his knowledge of what America must do to restore herself in the world. You can count on the man from Texas to speak candidly and without a teleprompter on the 23rd. We leave the teleprompter to the Prophet Obama who passes for Demosthenes with the Washington press corps these days.

Of course I shall be at the Bartley Dinner also and Wlady and the whole gang from the magazine, so please attend. We shall begin with a moment of silence. October 23 is the thirtieth anniversary of the Beirut bombing where America lost 243 brave souls. The American Spectator remembers.

After that commemoration October 23 will be a gala evening, assuming Our President has not by then declared martial law.