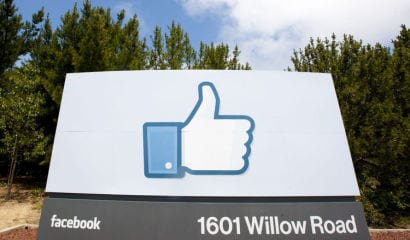 When technology — or anything — becomes all the rage, it’s only en vogue thing to do is speak out against it. So for years I’ve interacted with social media sites, mostly Facebook, Twitter sparingly, determined to benefit from the good they offer, reject the bad, and move forward without becoming that curmudgeonly person who harps on about the dangers of technology.

Facebook offers good qualities as a virtual institution, which is really what it’s become. It provides a way people can keep informed and connected, laughing and crying. This can be a good thing. I’ve often discovered important news or personal anecdotes that have saved me from embarrassment (It is? Happy Birthday then!). It’s also good to peek in on the lives of some friends, if just to know they’ve recently gotten a new job or lost a loved one.

Yet: It’s become clear for me — and I suspect 80% of my friends — we don’t experience this light bulb moment every time we log in. For the most part, Facebook has more potential to waste time, decrease production, and promote insincerity, rather than real connectedness.

For example, usually when we check Facebook we troll. Mashable says the average smartphone user checks Facebook 14 times a day. While I definitely speak to my children that often, I certainly don’t check in with my spouse that many times (he’s probably glad). We check out while checking in, clicking “like” on appropriate statuses or photos; skimming statuses like we’re reading the morning headlines except most of what we’re catching is frivolous. My newsfeed consists of the same group of people posting updates on everything from their child’s bowel functions to their exercise activities (“I ran 10 miles today! Good thing I just bought new shoes! With a coupon!”). All secretly hoping to garner likes like high-fives after a little league baseball game. Sure, reading banal and trivial updates from your friends and family isn’t the worst thing in the world — there are far greater crimes than wasting time — but it may have devolved to become a barrier to something better.

Facebook is also a distraction from work and some would say living the real life about which we’re desperate to post. A 2009 Nucleus Research study said Facebook decreases work productivity 1.5%, with some employees spending up to two hours a day on the site. That’s 40 hours a month or 480 hours per year. Theoretically using Malcolm Gladwell’s famous 10,000 hours statistic — the time it takes to get really good at something — if you only worked at your calling in life during a typical 8-hour work day and continued using Facebook at that rate at work, you could delay reaching your potential for several years.

Finally, while it’s supposed to be promoting connectivity, Facebook users have become more superficial. Mark Zuckerberg, the founder of Facebook, says his original mission was a social one, “to make the world more open and connected.” But who would have guessed not every connection would be helpful, meaningful, or even remotely interesting or relevant? The more I’m on Facebook the more I realize half of the people’s statuses I read I don’t care about — or are people whom I could call or visit to get a real update — and the people with whom I have trouble connecting with, or who are far away, rarely post.

Zuckerberg also said: “By giving people the power to share, we’re making the world more transparent.” The idea of building relationships with people while your face glows behind a screen is more than ironic — it’s impossible. On Facebook, you’re able to give your friends a glimpse into the life you want them to think you’re living. As a mother, I know full well when I see a photo of three clean, well-dressed, happy children, it’s not all sweetness and light — one of them just did — or will — have an all-out, pounding the floor, temper tantrum. (Feel free to think the same when you see photos of mine.) How many times has a friend texted or called about a crisis of some kind and an hour later their Facebook status observes they’re: “Finally drinking a Pumpkin Spice Latte, Ahhhh. Life is good. — at Starbucks.” Umm, like?

On Facebook there are the pessimistic Eeyores, buoyant Tiggers, and every animal in between. Nobody wants to see Eeyores’ posts either, but the problem with posting only good — or bad — snapshots of life is they aren’t transparent and therefore can never foster true, intimate relationships. How are we as an American people — a people who love to innovate, produce, give, lead, think, create, connect — to do these things to their utmost potential when we purposefully incubate ourselves in a cyberspace of something that has become an overwhelming waste of time, productivity, and priorities? What should we do about it?

In his Forbes piece, “7 Reasons I Dumped Facebook,” Tim Maurer wrote: “[F]or all too many, Facebook is really closer to the intellectual or emotional equivalent of eating a tub of Ben & Jerry’s in one sitting. (It’s not good for you.)” I’ll admit, I’m guilty of all of the above (including probably eating too much Ben & Jerry’s) and while I may not dump Facebook — or ice cream — altogether, it won’t hurt to cut back in order to produce more, get online less, to connect more. That’s worth more than a few dozen likes anyway.