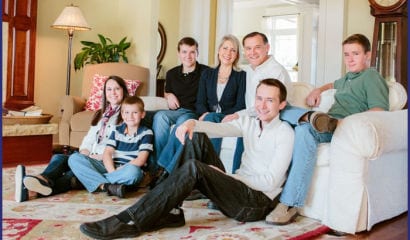 Democrats were exultant when former South Carolina Gov. Mark Sanford finished atop last week’s Republican primary in a special election to fill the 1st District congressional seat vacated by Tim Scott’s appointment to the Senate. In a 16-candidate GOP field, Sanford got 37 percent, nearly three times the vote of his nearest rival, former Charleston County council member Curtis Bostic. Sanford’s advantages are even larger than the vote totals would suggest: He reportedly has a 15-to-1 campaign cash edge over Bostic and the former two-term governor is almost infinitely ahead in terms of what political strategists call “name recognition.”

Alas, name recognition is a two-edged sword for Sanford, who is perhaps best known for an embarrassment that made the phrase “hiking the Appalachian Trail” a smutty double-entendre in 2009. One late-June weekend that year — the weekend of Father’s Day, to be exact — the governor’s whereabouts became a national mystery. Neither his family nor his staff nor South Carolina law enforcement could find Sanford, whose name had been bandied about as a possible 2012 Republican presidential contender. Before search parties could be sent to find the allegedly missing hiker, however, Sanford flew back from Argentina to South Carolina and held one of the most surreal press conferences in political history. He told how a “remarkable friendship” with a woman he met in Argentina a year earlier had “sparked into something more than that.” He spoke of “trying to get my heart right” and said he had “spent the past five days of my life crying in Argentina.” Sanford’s description of Maria Belen Chapur as his “soul mate” was, as Daily Caller columnist Yates Walker said, “possibly the most sociopathic moment ever captured on live television.”

Sanford was censured by the state legislature, his wife divorced him, and last year he announced his engagement to his Argentine soul mate. His supporters use the word “redemption” to describe the former governor’s potential comeback, but the reaction of other Republicans could best be described as Fear and Loathing. The fear includes conservatives who warned the Washington Post’s Jennifer Rubin that Republicans “are absolutely in danger of losing” the otherwise safe seat with Sanford as their nominee and, even if Sanford could defeat Democrat Elizabeth Colbert Busch, he might singlehandedly revive the “Republican war on women” narrative. As for the loathing, Ann Coulter denounced Sanford in no uncertain terms.

“The Republican Party owes Sanford nothing. He had a chance and he blew it,” Coulter declared in a column published the day after the March 19 primary. “If, in some horrible twist of fate that’s been stalking Republicans, Sanford wins the runoff, he will lose the general election. Worse, he might win, making Republicans look like utter hypocrites on family values.”

The alternative to either scenario is Curtis Bostic, a soft-spoken Marine Corps veteran of Operation Desert Storm. Bostic’s campaign site is StopSpending.com, a straightforward message of fiscal conservatism, but the large photo of his wife and five children on the site is a message in its own right. Bostic’s only TV ad features his wife describing the difficult circumstances under which the couple “chose life” for their youngest son. In a conference call with bloggers last week, Bostic described himself as a “constitutional conservative” and mentioned the “strong evangelical support” for his campaign. Some pundits have recently pronounced the obituary of Christian conservative influence in the GOP, but the church-going faithful still swing enough electoral clout to make a difference in a primary in South Carolina, and Bostic says there is a “very strong anti-Sanford sentiment” in the coastal Low Country district.

Consolidating that sentiment with only a week remaining until the runoff will be a challenge for Bostic, whose campaign launched a special “Trust Curtis” fundraising appeal Monday. An upset may prove impossible unless Bostic can get major endorsements. Red State’s Matt Vespa has compared Bostic to Texas Sen. Ted Cruz, who rallied Tea Party activists to defeat the better-funded David Dewhurst. A key for Cruz was getting the endorsement of Sarah Palin, and Bostic’s supporters are hoping Palin will decide to work her grassroots magic in the 1st District runoff, just as she did on behalf of Nikki Haley in South Carolina’s 2010 gubernatorial primary.

In the rough-and-tumble world of South Carolina GOP politics — which is to the Republican Party what Chicago is to Democrats — there are few party officials who will risk offending a candidate with such advantages as Sanford enjoys. Upsets by underdogs are a rarity in the power politics of the Palmetto State, which is why Democrats are smiling at the prospect of a Sanford comeback. The Democrats have nominated the sister of cable-TV comedian Stephen Colbert, and the weeks leading up to the May 7 special election would offer an endless series of punch lines at the expense of Republicans if the scandal-stained Sanford wins the GOP nomination.