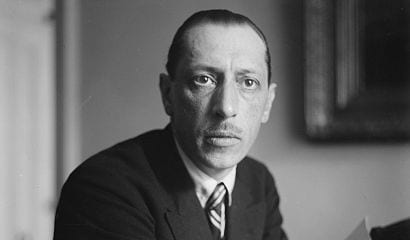 After a few weeks of summer, the usual diversions — beach, theme parks, sight-seeing — begin to wear thin. For those looking for a different kind of adventure, here’s another idea. Try the Bard Music Festival, located on the college’s beautiful campus overlooking the Hudson River in upstate New York. Currently in its 24th year, the festival devotes two full weekends every August to exploring, explaining and performing the works of a noted classical music composer. If you never got around to taking that music appreciation course in college, but wished you had, this festival is for you. It is not only a feast for the ear and eye, but for the intellect and spirit, as well.

What makes Bard unique among the many summer venues offering classical music? First, Bard has put together what amounts to a summertime crash course in music history for adults. Each year it examines the life and work of one particular composer through panel discussions, lectures, and performances. Second, Bard places the composer in historical context, examining the social, political and cultural factors brought to bear on the composer’s life. Third, it presents not only the work of the composer being studied, but the work of those who influenced him or her, or composed music during the same era. This gives listeners an opportunity to hear what sets the music of the “greats” apart from their contemporaries. This year, the festival was devoted to Igor Stravinsky, whom many regard as the greatest 20th century composer of serious music. I attended the first weekend’s program, “Becoming Stravinsky: From St. Petersburg to Paris.”

Each day opened with a morning panel discussion, which was free and open to the public. This was followed by an afternoon and evening concert (tickets required), with breaks for lunch and dinner in between. The first panel attempted to answer the question, “Who Was Stravinsky?” It included musicologists, music critics, and Stravinsky scholars from Russia, England, and the U.S. Each person offered insights into the culture that shaped Stravinsky’s early life, his musical influences, what made his music unique, and the journey that led him from St. Petersburg to Switzerland, Paris, and finally, to California. In the process, they demonstrated that the path to greatness can be filled with considerable irony.

Take, for example, the fact that the Russians are apparently diffident about embracing Stravinsky as one of their own. According to panelist Olga Manulkina, some Russians consider Stravinsky an American composer, despite his copious use of Russian folk tunes, lore, and religious motifs. In fact, she pointed out that the plaque marking Stravinsky’s childhood home in St. Petersburg was initially placed on the wrong building. The mistake was later corrected by the Mariinsky Theater, which was familiar with the family because Stravinsky’s father once sang there.

Another surprising aspect of Igor Stravinsky’s musical career was that it almost didn’t happen. Unlike some of the other great composers, Stravinsky was not a child prodigy. He played the piano competently, but his parents and early teachers didn’t think much of his talent. His musician father discouraged his wish to study composition and forced him to go to law school, instead. So Stravinsky never studied at one of Russia’s renowned music conservatories; he was forced to take private lessons in composition, as an adult. Even then, his choice of teacher — the great Rimsky-Korsakov — initially refused to accept him as a pupil because of his rudimentary skills. Stravinsky doggedly took more private lessons, applied again, and was eventually accepted.

After becoming a composer, Stravinsky found it difficult to make a living from his music — even after he was famous, according to panelist Stephen Walsh. Fortunately, his sojourn in Paris was cushioned by his friendship and love affair with Coco Chanel, who invited Stravinsky — along with his wife and children—to live with her. Chanel even bankrolled the first performances of The Rite of Spring; she knew and worked with Diaghilev, as well. Walsh noted, however, that Stravinsky’s music was published by a German company located in Berlin. So Stravinsky received almost no income from royalties during Hitler’s regime, when his music was considered suspect and seldom performed in Germany. Later on, after immigrating to the United States, Stravinsky still received virtually nothing from his German royalties, despite the fact that his ballet music was frequently performed. So he revised many of his compositions — not for artistic reasons — but to obtain new U.S. copyrights that would provide him and his family with an income.

Stravinsky’s personal life was fascinating, but his artistic achievements were revolutionary. The festival provided a wonderful demonstration with a concert featuring early works by Stravinsky, juxtaposed with music written at the same time by his teacher and fellow composition students. The program included Rimsky-Korsakov’s luminous Suite from The Legend of the Invisible City of Kitezh (1907); Maximillian Steinberg’s ballet suite, Les métamorphoses (1913), Anatoly Lyadov’s Fragment from the Apocalypse (1910-12), and finally, Stravinsky’s monumental The Rite of Spring (1913). Métamorphoses is a well-crafted, if not particularly original, piece of tonal music. The Apocalypse is more inventive in orchestration, tonality, and rhythm. But Stravinsky’s Rite is such a radical departure, that it is difficult to believe it was composed in the same century as these other works, let alone by a close contemporary who studied with the same teacher. It demonstrated — in a very effective way — why Stravinsky was a seminal creative figure in 20th century music.

The performance was also a reminder that 2013 marks the 100th anniversary of the premiere of The Rite of Spring ballet, whose jarring rhythms and unconventional steps caused a riot in Paris and made Stravinsky famous. To honor this occasion, Bard put together an expert panel to discuss Stravinsky’s relationship with the dance. After all, Stravinsky owed his early fame to three ballets he wrote for Diaghilev: The Firebird, Petrushka, and The Rite of Spring. It was particularly enjoyable to see the many video clips, some of them quite rare, of performances of Stravinsky ballets that panelists brought with them. And in another piece of inspired programming, the Saturday evening concert opened with Stravinsky’s Fireworks (1908), so listeners could hear the piece of music that impressed Diaghilev and won Stravinsky a job with the famed ballet company.

There were many other standout events over the weekend. The opening night concert was all-Stravinsky, filled with gorgeous works like the Symphony of Psalms that even the most hardened 20th century music hater would find difficult to dislike. Sunday’s evening concert was noteworthy not only for its music, but for its imaginative setting. The stage was set with three black risers, brightly colored chairs for the musicians, and five large cutouts onto which were projected images related to the music being performed. For the opening Poulenc song cycle, Le travail du peintre, baritone John Hancock strolled onto the stage arm in arm with pianist Anna Polonsky, who was dressed in black slacks and a red velvet cut-away jacket. Three Chaplin-esque figures followed and sat on the chairs with their backs to the audience, gazing at the screens arranged on the stage. As each song was performed, images from the work of the painter referenced in the lyrics were projected onto the cutouts. The effect was mesmerizing: museum goers pondering great works of art, while their singer-guide described what they were seeing. This delightful concert ended with a spirited rendition of Stravinsky’s comic one-act opera, Marva, again staged with considerable wit, this time in a cartoon-like set.

One of the marvels of the Bard festivals is the first-rate musicians and singers the organizers manage to assemble each year. Especially noteworthy this year was Australian pianist Piers Lane, whom I had never heard before. He played Scriabin’s Vers la flamme, two Rachmaninoff preludes, and Stravinsky ‘s piano transcription of dances from Petrushka with such fire that the audience leapt to its feet when he finished. Ditto for husband and wife team Orion Weiss and Anna Polonsky, who dispatched Stravinsky’s Concerto for Two Pianos — which includes no orchestra — with joyful passion. And soprano Kiera Duffy performed a miracle by delivering an effective dramatic performance of Arnold Schoenberg’s Pierrot lunaire.

For those who make the time to attend, there are many interesting people to meet at Bard music festivals. At one afternoon concert, I sat next to a delightful group of older women who were happy to share their opinion of Pierrot lunaire. (One loved it, the others didn’t.) On opening night, my dinner companions were a lawyer/actor who has appeared on many TV programs, two former Business Week staffers, and a woman composer. The next day, while munching on a sandwich between performances, I had an interesting discussion with a documentary film producer, and a professor from Skidmore who offered tips on finding inexpensive lodgings in the mid-Hudson area. The musicians and lecturers, as well as Festival Co-Artistic Directors Leon Botstein and Christopher Gibbs, also mix and mingle with the crowd that gathers for refreshments after lectures and performances. They are more than happy to answers questions or discuss the program. After the concert that included Pierrot lunaire, I challenged lecturer Byron Adams — who claimed the audience would be able to sing the “melodies” from this impossible piece– to hum a few bars. He obliged.

As mentioned earlier, each year Bard focuses on a different composer. Stravinsky may not be everyone’s cup of tea, but just wait a year. The subject of the 2014 festival will be Franz Schubert. Previous festivals I have particularly enjoyed included those devoted to the life and works of Richard Wagner and Camille Saint-Saëns. I’m sure there will be others. And thanks to loyal benefactors, who are becoming increasingly scarce in this day and age, Bard’s concert ticket prices are modest. All in all, it’s a summer vacation that should keep classical music lovers humming for months.

Author’s Note: The Stravinsky festival continues this weekend (August 16-18, 2013), with a focus on the composer’s American years and his later music. Details on the program, tickets, transportation, and lodgings can be found here.