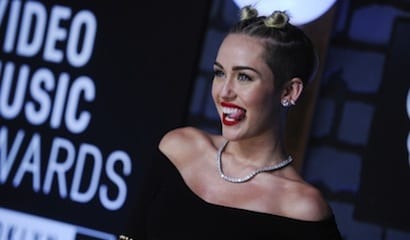 Back in 1919, poet William Butler Yeats described his angst about Europe after World War I by describing a “rough beast” that might precipitate the second coming that “slouches towards Bethlehem to be born.”

Last month’s MTV’s Video Music Awards were not World War I. And Miley Cyrus and Robin Thicke sure as hell aren’t W.B. Yeats. But the sheer crassness of the pair’s performance and the unconscious  nihilism it exposed has left those who previously never gave a thought to such pop tarts with some serious mulling to do about the direction(lessness) of our society.

Slouching towards Bethlehem? We’re more like twerking our way to oblivion. (For those who don’t know what “twerking” means, Google it and brace yourself for what you’ll see.)

Popular culture does not drive our culture. In most cases, it merely reflects it.

And the image in the mirror on MTV last month was a grotesque one.

There’s always been plenty of bad popular music, but there has also been a lot of good, too, reflecting the rebellious spirit, the fight for individuality in a modern world that is too often faceless and, of course, the romantic and redemptive search for love.

But we’ve come a long way from the lyrics to “My Girl.”

In his performance, the 36-year-old Thicke addressed the barely-clothed 20-year-old Cyrus with the song “Blurred Lines,” which included such witticisms as:

“You the hottest bitch in this place/I feel so lucky, you wanna hug me.”

“Nothin’ like your last guy/he too square for you/he don’t smack that ass and pull your hair like that.”

And those aren’t the worst lines from the song.

As for Cyrus, the former Hannah Montana-Disney Channel kid — like so many who have grown up as television stars — can’t wait to ditch her good-girl-next-door image. But she doesn’t want to show her independence or intelligence. No, she wants to show that she can be as trashy as the guy sharing the stage with her.

Since Brooke Shields, fashionistas have had a fetish for sexing up teens and pre-teens. The occasional outcry fades with time as another supposed barrier is broken down, all in the name of self-expression. But really, it’s in the name of publicity. In a crowded media world, the ante is continuously raised to be noticed above the din.

But one of the most ironic elements of the Thicke-Cyrus rap has largely been overlooked.

Rap was founded on the idea that it was an urban voice that was “real” and reflected a hard-earned grittiness.

You can argue about whether that ethos was just a siren song, but there’s not argument about this:

Robin Thicke and Miley Cyrus? They’re the purveyors of street cred? Really? Two children of privilege — one the son of a bland TV sitcom star and the other the daughter of a country singer — are now the headline performers of a genre that prided itself on authenticity?

Pat Boone may have appropriated a lot of black musicians’ hit songs, but Thicke and Cyrus have lowered the bar.

Like so much of popular culture, their performance tried hard to shock, but it merely came off as simultaneously desperate and rudderless. It was sex without love and, even, sex without steam.

For all of its luridness, it was offensive not for its content. (As long as you’re at Googling something, look up Hannah Arendt.)

Plenty has been written in its aftermath of the objectification of women. You’ll get no complaint here. But it’s also important to realize, as a society, we aren’t doing our boys any favors.

When Homer Simpson is the modern-day exemplar of holding down a steady job and raising a family, is it any wonder that some boys would rather emulate the faux-pimping of Robin Thicke?

The MTV debacle shows how far the culture has slouched, and no amount of excuse-making or claims of barrier-breaking can explain it away.

It’s as clear as the difference between Jackie Robinson and Dennis Rodman.