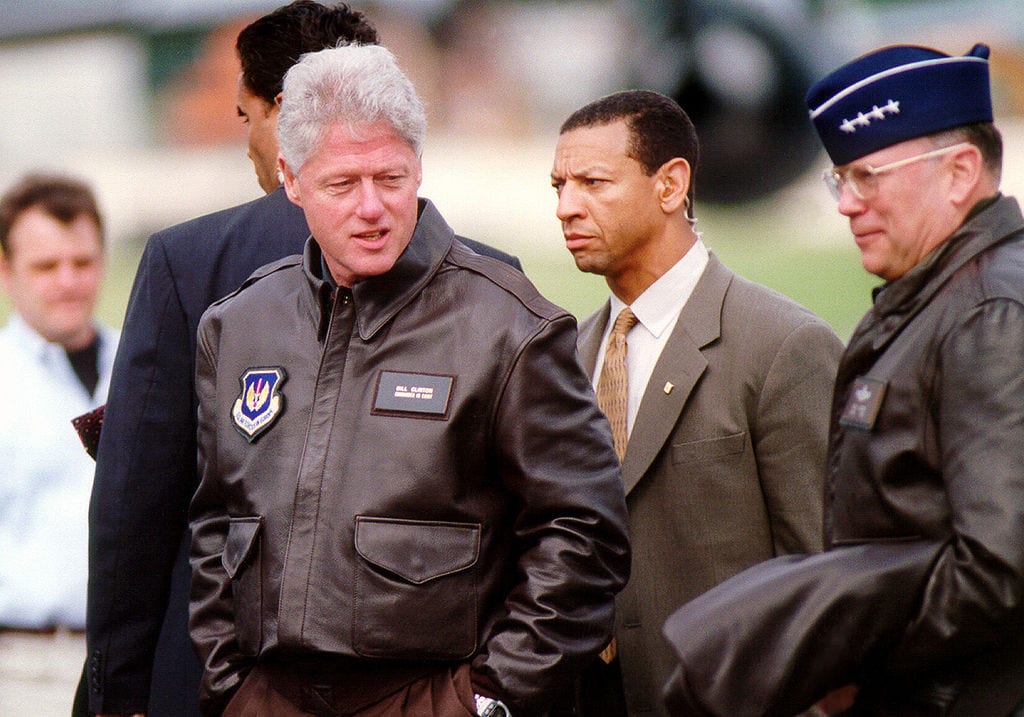 Yesterday Obama Defense Secretary Ash Carter announced the Pentagon will open all combat jobs to women, a huge setback to efforts to prevent such idiocy, as described here in March of 2002 by our long-time Loose Canons columnist, Jed Babbin.

Hollywood’s favorite message these days features the invincible Woman Warrior. “Xena, the Warrior Princess,” “Witchblade” and the like are meant to instruct us that girls can kick any guy’s butt. The fantasy is fine, and the babes are sexy, but in the real world we need to start rolling back Clinton’s feminization of the military.

For more than a decade there has been no debate — far less an honest one — about the proper role of women in the armed forces. In the early ’90s, the “Defense Advisory on Women in the Services” — DACOWITS — turned itself into a feminist coven. Its close ties to Congress and the Clinton White House gave it power far beyond its value. Since then, it has served only to bully some wimped-out members of our military leadership into allowing women into combat jobs for which they are unsuited, at the risk of the lives of real warriors. Deputy Defense Secretary Paul Wolfowitz decided last week to renew the charter of DACOWITS. It’s a bad decision, but he should make the best of it.

One of Mr. Bush’s campaign promises was to restore trust between the White House and the guys at the point of the spear. He has accomplished much, but a lot more needs to be done. Some of the worst damage to that trust was the Clintons’ forcing women into combat arms. They did in two stages. First, they changed the standards for physical performance to “gender neutralize” them: to hold the women to lesser standards than men. Those diminished standards betray the real warriors who have met the tougher tests, and they rightly resent the hell out of it. Warriors recognize, as the Clintonoids didn’t, that lowering the standards means more young men — and women — come back in body bags.

After the lower standards were in place, it was easy decide that women can serve in combat arms. If they can pass the rigged tests, why can’t they serve in combat roles? The feminists argued that women couldn’t be denied the combat arms because it was the prerequisite to reaching the rank of general or admiral. They complained about a “glass ceiling” that only combat vets rise through to flag rank. Forgive me not seeing a problem here. Warriors have to be commanded by other warriors. Pilots should not be commanded by ground-pounders like yours truly whose eyesight kept them out of the cockpit. Those who can’t pass the tests to become warriors can’t understand what they do, and can’t lead those who have made the grade. The DACONITWITS are willfully ignorant of this. Thanks to them, we now have mixed-gender basic training. We have ladies who are fighter pilots, at-sea naval officers, and we have the first girl graduate from Army sniper school. (If they let girls into BUDS, I may defect to Scotland. At least the whiskey there isn’t produced to phony standards.)

In the combat arms — the military jobs where you have to kill people and break things — the “glass ceiling” is smeared with blood. Those who can’t pass the admission tests will probably get killed — and get others killed — trying to do the job. It’s a damned shame that the feministas can’t see the difference between leading a sales team trying to close a tough deal and leading an Army Ranger squad searching a cave in Tora Bora.

Last year, the Brits completed a field study on women in combat arms. Called the “Combat Effectiveness Gender Study,” its tests were rigged to prove the ladies can perform in combat. Brigadier Seymour Munro, the Redcoats’ director of infantry, wrote a politically incorrect criticism of the study that was promptly suppressed by his betters. But Brigadier Munro’s commentary found its way into the press. Munro reported that the field tests were apparently “gender-neutralized” and, according to Brig. Munro, the tests amounted to nothing more than “aggressive camping.”

The “Daily Telegraph” reported that the women in the field tests “were not capable of a number of tasks under battlefield conditions, such as digging into hard ground under fire.” Under fire, in places like Bastogne, Okinawa and the Ia Drang Valley, men faced the choice of digging in or dying. The ground you have to dig into — fast enough to get out of the line of fire before you catch one — isn’t the soft topsoil in grandma’s garden. It’s often as hard as dried clay and you have to put all your weight on the entrenching tool just to break ground. The report in the “Telegraph” quoted a defense source saying, “The girls could not do it. So they decided to reduce the level of tests for everybody, which kept it gender neutral but meant that of course the girls did OK.” Too bad you can’t “gender neutralize” war.

A couple of pals of mine are former Navy SEALs. One is a pretty big guy, about 220 pounds of energy, brains, and solid muscle. He, like all of the other real combat vets I know, has a very strong opinion against women in combat arms. On my best day, with a huge adrenaline surge, I might be able to hoist him over my back and carry him out of the line of fire if he were wounded. Some woman who can’t even do a single pull-up just couldn’t. If she tried, both she and my pal would be KIA. It’s as simple as that.

If the decision had been mine, DACONITWITS would have been history. But it can serve a useful purpose, if its debates can be cleansed of feminist agitprop. The first thing to do is replace all the members, and put women and men — a few real, no-kidding combat vets — on it so the committee won’t be captive to the radical feminists. Let them talk to Brigadier Munro. And then DACOWITS should say publicly that women can’t serve in combat arms.

Women can, and should, serve in every other military capacity. This is not a question of sex discrimination. It’s a question of national security that we can not afford to mess up. There are very few things a woman can’t do. Serving in the combat arms is right at the top of the list.