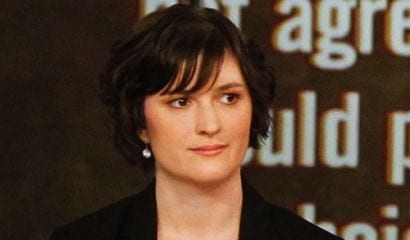 WASHINGTON — I wonder, as we begin 2013 and look forward to four more years of this insufferable poseur in the White House, where Sandra Fluke might be. Miss Fluke is the lady who made birth control a matter of national security, in particular her own personal supply of pills and God knows what else. Prior to her appearance on the national scene I always thought it was a male’s responsibility to supply condoms, as the occasion warranted. Yet Miss Fluke enlightened me. Actually she never told us what she used these items for. I suppose I am jumping to conclusions. She might be an artiste, and they may be part of her palette. There are all sorts of things birth control devices can be used for. At any rate, she brought birth control to the fore in American presidential elections, at least four decades after they had become a fixture in America. In that respect she made history.

Prior to Miss Fluke’s public campaign for birth control, those who follow national politics had believed that elections revolved around the economy. But in 2012 we had an economy in a feeble condition. After four years in the White House President Barack Obama presided over the weakest recovery from a recession on record. He had given Keynesian economics a bad name even with many Keynesians. He had enlarged the federal government to almost 25 percent of GDP from its traditional size of 18 or 19 percent. He was running deficits of a trillion dollars a year and promised them for years to come.

He won his election against a governor from Massachusetts who had turned that state’s economy around even though it had Democratic dominance of both houses. Mr. Obama’s opponent, governor Mitt Romney, presented himself as a turn-around candidate who had turned-around companies in the private sector, the 2002 winter Olympics, and Massachusetts. He vowed to turn around America. Yet he was not going to do anything about raising taxes on the hated 2 percent. Nor was he going to do anything to secure Miss Fluke’s birth control devices. Actually Miss Fluke became the poster girl for indignant women everywhere and the term “birth control” became a code word for all manner of birth control devices, including abortion. So this is serious. Mr. Romney lost the women’s vote, the black vote, the Latino vote, and the stupid student-aged vote. I say stupid student-age vote because these lunkheads are going to be paying for my Social Security and other entitlements for years to come. They will most likely never know the prosperity of today’s middle class.

Paul Ryan, the Republican chairman of the House Budget Committee, has various plans to insure Social Security and other entitlements in the future but the stupid student-age voter and probably the women that Miss Fluke speaks for will not hear of such expedients. They, along with President Obama, just enjoyed another great victory with the so-called fiscal cliff. He is bragging about it! Now they can look forward to our next economic crisis probably in a couple of months, and crises for years to come. The years ahead are going to be exciting, or will they?

Actually President Obama was elected with fewer votes this year than when he was first elected, some 4 million fewer. Enthusiasm for him will be, if precedent matters, even lower in 2014. He is going to have a dismal second term.

There is all sorts of happy talk about the problems conservatives face today. I do not believe it for a second. Conservatives control the House of Representatives and have people there wedded to policies that will by 2014 be seen as exigent by conservative voters and independents. That sounds like the same conditions that led to the route of 2010. Conservatives are stronger at the state level than they have been in 60 years. They have thirty governorships and control more state legislatures than they have in decades. The ongoing conservative groundswell is continuing. Against it the Democrats have Miss Fluke and her legions who, incidentally, do not vote in off-year elections. Soon even many of them will have figured politics out. Elections, in times such as ours, are about the economy, stupid.