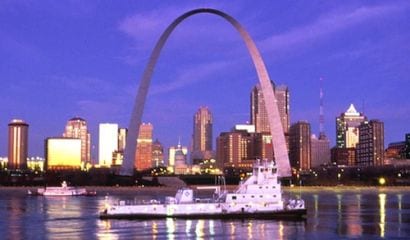 In past years of writing for a state-based, free-market think tank, I have suggested New Year’s resolutions aimed at Missouri policymakers. This year, my New Year’s resolutions are more personal and they go out to all Americans who are deeply worried about the future of our country. Is there no stopping the drift toward more spending and higher taxes, along with ever-increasing debt, heavier regulation, stunted growth, and greater and greater dependence on government? Are we about to barrel-roll over a Niagara-like “cliff” into a financial panic and a hard recession?

These are my resolutions for 2013:

1. Ask not what government can do for you; ask what you can do for yourself — without being a burden to others. Recognize, and encourage others to recognize, the grave danger that is posed by a supposedly “caring” government which is in the habit of making promises it cannot keep.

2. Do not go quietly into the dark night of buying into arguments about “fairness” and “social justice” as an excuse for the limitless expansion of government. You will be accused of being heartless, cruel, just plain stupid, or worse. But do not let others define you, or dismiss you — when they are the ones who press ahead in ignoring the lessons of history, common sense, and genuine humanity.

3. Always keep in mind that our history and form of government (unlike many other hopeful but fleeting “democracies”) were not built on the proposition of One Man, One Vote, One Time. The great debate in the U.S.A. about the size and scope of government did not end with the 2012 elections. But the proponents of big government are seeking cloture — attempting to discredit and marginalize those who continue to believe in liberty, limited government, and individual responsibility as the essential pillars of democratic self-rule and human progress.

4. Write out — and be prepared to defend — your own Declaration of Independence against the prevailing orthodoxies of the Hollywood/academia/media elite, who favor every kind of “free lunch” — whether it is universal, “free” health care or universal, “free” college education even if it means severely limiting individual choice, undermining quality, and raising the real costs of health care and higher education.

5. Do not shy away from the battle of ideas as it continues to evolve inside your own family, your circle of friends and acquaintances, your community, and state. Ideas have consequences, and it is time to consider the catastrophic consequences of thinking it is possible to expand government spending and mandates without destroying jobs and economic growth — and condemning young people to the bleakest of futures. You only have to look at the extraordinarily high rates of unemployment and under-employment among young people in much of Europe (the nations teetering on the brink of bankruptcy) to appreciate the magnitude of the threat.

There is solace in the wisdom of our Founding Fathers, who looked upon anti-federalist sentiment at the state and local levels as an important bulwark in an enduring democracy. They used the words “the states” and “the people” interchangeably. Thus, the 10th Amendment, the final element in the Bill of Rights drafted in 1789 as part of the U.S. Constitution, famously states: “The powers not delegated to the United States by the Constitution, nor prohibited by it to the States, are reserved to the States respectively, or to the people.”

We the people can begin to reassert the principles of liberty and limited government by stopping the growth of crony capitalism (and crony unionism) at the local and state levels which occurs (in Missouri and other states) when officials award tax credits, Tax Increment Financing (TIF), and other subsidies to politically favored businesses and constituencies.

Along with other states, we in Missouri can say “no” both to the expansion of Medicaid in our state and to the creation of a state-run health insurance exchange that would implement the hugely expensive, deeply flawed, and greatly unpopular Affordable Care Act (aka Obamacare).

The battle for liberty, freedom, and responsible self-government continues. Indeed, it is never-ending.