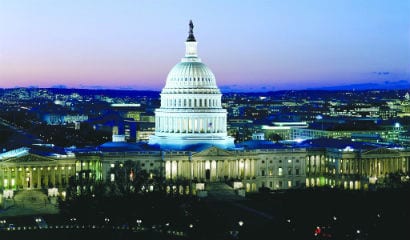 With the fiscal cliff behind us, a four-year war over government spending is about to begin. The dates of the first three battles have already been announced:

The $1.2 trillion sequester automatically cuts $100 billion a year for the next decade, beginning on March 2, unless Congress passes and the president signs a waiver, delay, or replacement.

The second battle begins on the day America exhausts its borrowing authority and hits the debt ceiling. This is estimated to take place on or around March 14. Then, if both houses of Congress do not vote to allow the debt ceiling to be raised, the president and the Treasury Department cannot legally borrow more money. Republicans in the House and Senate have invoked the Boehner rule, demanding that the debt ceiling not be raised unless the legislation also contains spending cuts over the next decade equal to the size of the debt ceiling hike.

Before examining the chances for taxpayer victories in these three battles, let’s back up and conduct a postmortem of the fight over the so-called fiscal cliff. It’s worth noting that the topography of the cliff was overwhelmingly in President Obama’s favor. The Bush tax cuts of 2001 and 2003 (and other tax cuts, such as the Alternative Minimum Tax “patch”), were temporary and were set to expire January 1, putting House Republicans in a difficult position. Taxpayer-friendly congressmen could not extend the cuts without the agreement of the Democratic Senate and the signature of Barack Obama. If no legislation was passed, tax rates for all Americans would increase, the Alternative Minimum Tax would expand to hit 30 million families, and the death tax would jump from 35 percent on life savings above $5 million to 55 percent on savings above $1 million. Obama would win a massive tax hike—$500 billion in 2013 alone and $5 trillion over 10 years—simply by sitting on his hands. Moreover, with the help of the establishment media, he could blame Republicans for the tax hike by painting them as antitax ideologues who refused to countenance a more modest tax increase. Republicans damaged their already weak field position by allowing the “negotiations” between House Speaker John Boehner and the president to be conducted in secret. This removed all pressure on the Democratic senators up for re-election, who were able to support Obama’s negotiating position without actually having to cast votes in favor of it. And secret negotiations meant that only after the deal did Americans learn that Obama repeatedly stated during those talks that “We don’t have a spending problem.” All the talk about the ratio of spending cuts to tax hikes—10 to one, or three to one, or even one to one—was a delusion.

WE IN FACT DID go over the fiscal cliff on January 1, 2013, when all the Bush tax cuts disappeared. The deal later passed by Congress restored 85 percent of them, protecting 99 percent of Americans, by making the Bush rates and deductions permanent. Obama signed the bill, despite the fact that among Democrats the Bush tax cuts have been an object of scorn for a decade. (Only 28 Democrats in the House voted for the 2001 tax cut, and only 7 voted for the 2003 cut.) Yes, Obama claimed to support continuation of the Bush rates for 98 percent of Americans. But in an oft-repeated statement from the 2012 campaign first made on August 1 in Mansfield, Ohio, he said that if your family makes less than $250,000, “you won’t see your income taxes increase by a single dime next year.”

Obama’s newfound love for extending the Bush tax cuts for most Americans came with an expiration date. It was good for 2013 only. Doubtless the president had hoped to scale back or eliminate the Bush tax cuts for middle-income Americans after 2013. Those who doubt this should recall his broken 2008 pledge never to raise “any form” of taxes on the middle class: 16 days into his presidency he raised taxes on cigarette smokers (average income $40,000); Obamacare contains seven tax hikes that directly affect middle-income Americans; he agreed to cancel his 2 percent payroll tax holiday, costing Americans earning $50,000 roughly $1,000 each year.

By not extending the Bush tax cuts for all Americans, Obama claimed his class warfare pound of flesh. In total, 157 House Republicans understandably voted “no” on the deal to signal their anger. Some conservatives complained that it included little or no reduction in net spending. Very true. Obama was never going to agree to spending cuts in return for a tax hike that he could have won through inaction. Those who expected otherwise were fooling themselves. When Boehner asked Obama which spending cuts the Democrats would offer in return for the Republicans’ allowing taxes to increase by $800 billion on the top 2 percent of earners, here’s how the president responded: “You get nothing. I get that for free.”

Republicans hopefully recognize this as a painful and searing reminder of the folly of attempting to trade tax hikes for spending cuts, something they should have learned from the Lucy-and-the-football humiliations of 1982 and 1990. Mitch McConnell wisely separated the issue of the sequester spending cuts from the fight over the Bush tax rates. Tackling them together would have weakened, not strengthened, the hand of those fighting for spending cuts.

The president believes that his defeat of Mitt Romney has given him a mandate to raise taxes, though he won re-election with 3.6 million fewer votes than he received during his first race in 2008 against a war hero. (Also worth mentioning is the fact that around 86 percent of the attacks ads Obama ran suggested that Governor Romney tortures dogs and gives people cancer.) Yet he and his supporters in Congress have now agreed to make permanent these tax cuts that they could have extended for just a year or two and held hostage for the future. This is why Republican Rep. Dave Camp of Michigan,  chairman of the House Ways and Means Committee, pointed out during the debate that the legislation—while far from ideal—nevertheless strengthened the GOP’s position for future tax reform.

We will never pay again for that same ground. Now if Republicans are asked, when they confront Obama on March 14 in the fight to cut $1.2 trillion over the next decade, what tax hikes they will trade for those spending cuts, the answer will be a delicious “None. We get that for free.”