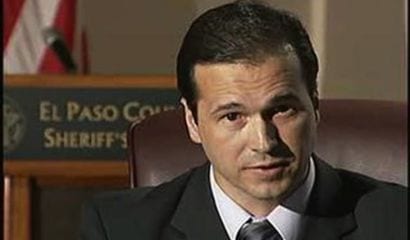 The HIV virus which causes AIDS (acquired immune deficiency syndrome) does not kill people directly. It destroys their immune systems, allowing a waiting disease that would otherwise be fought off by the body to kill them. The American political left, despite efforts since Woodrow Wilson called our Constitution “political witchcraft,” has not been able to directly inject a fatal disease (or at least not a rapidly fatal one) into our political system. So they are turning to destroying the national immune system by encouraging Americans to abandon belief in our Founding documents and principles.

It’s working. With the help of friends and useful idiots, the Progressive left has severely weakened the country’s ability to defend itself from their fundamentally un-American vision by weakening Americans’ understanding of and respect for the principles that have historically opposed almost everything Progressivism stands for. One obvious symptom: an America in which citizens understood what their nation truly stands for would never have re-elected President Barack Obama.

Unless Americans fortify our national immune system by redoubling our commitment to protecting the Constitution and the principles of the Declaration of Independence, we will suffer the bitter consequences of Progressive “success” in much the same way that an AIDS-infected body suffers the subsequent “success” of pneumonia or tuberculosis or cancer.

Like the human body, our body politic has secondary immune systems, though often dormant until needed, within non-federal areas of the government where people from state legislators to local elected officials to judges to law enforcement officers take an oath to support and defend the Constitution.

In the current debate over our Second Amendment rights, the dormancy is lifting among a particular group: the sheriffs. They recognize the early symptoms of the disease and are trying to do something to prevent the U.S. becoming a victim of full-blown political immune deficiency syndrome.

Across the nation, sheriffs are stating publicly that they will not enforce what they believe to be unconstitutional edicts from the White House infringing on Americans’ fundamental right to keep and bear arms.

We’ve heard it in Minnesota, Arizona, Oregon, California, South Carolina, Alabama, Georgia, Texas, Colorado (at least four sheriffs in my home state), and from an ever-growing list of sheriffs from East to West and North to South.

Though gun rights are the trigger for the discussions, the language they are using and the point they are making are not primarily about guns, but about the Constitution and the rule of law.

From Pine County, Minnesota Sheriff Robin Cole: “I do not believe the federal government or any individual in the federal government has the right to dictate to the states, counties or municipalities any mandate, regulation or administrative rule that violates the United States Constitution or its various amendments.”

From El Paso County, Colorado Sheriff Terry Maketa: “Like every elected official in the state, I took an oath to support the Constitution of the United States and the Constitution of the State of Colorado. This means all rights.… Some have suggested this is a political issue or a right and left issue. I strongly oppose that suggestion. This is a constitutional rights issue and we should all stand by this document which is the foundation of this nation.”

From Linn County, Oregon Sheriff Tim Mueller: “Any federal regulation enacted by Congress or by executive order of the President offending the constitutional rights of my citizens shall not be enforced by me or by my deputies, nor will I permit the enforcement of any unconstitutional regulations or orders by federal officers within the borders of Linn County Oregon.”

Colorado was established with the Constitutional Office of Sheriff. Statutes define the specific duties of the Sheriff, but through tradition and law, it is clear, the Sheriff’s duties include the absolute obligation to protect the Rights of the citizens of the county, and the Sheriff is accountable directly to those citizens. The Colorado Sheriff occupies this independent office which is not a subservient department of county, state or federal government.

If a conversation with a local police officer is representative of police more broadly, the feelings within that community are similar to those within sheriffs’ offices. But the police chiefs’ political situations, generally reporting to local elected politicians to whom they are beholden for their appointed jobs, puts them in a trickier position regarding public displays of affection for the Constitution.

While each of the sheriffs’ statements above was within the context of protecting the particular right most obviously under assault today, they also stand alone as basic operating principles fundamental to America’s retaining its character as a republic conceived in liberty, a character that is not a quaint accident of history but based on our Founders’ deep understanding of human nature. Our national character, including both freedom and federalism, is the cause of American Exceptionalism (which Obama does not believe in). Our national character is our national immunity to tyranny.

Barack Obama and his allies are working to destroy that immunity, just as HIV/AIDS does to a human body, opening the flood gates for a fast-spreading cancer of the rule of men rather than of laws, of socialism (or socialism-lite) rather than free enterprise, of beggar-thy-neighbor sloth rather than the vigor of self-sufficiency, of subservience rather than liberty. The patient, our once-great nation, is already symptomatic.

Taking away gun rights has historically been the first step of tyrants on the path toward taking away all important rights. In addition to the practical impact of various “gun control” measures on law-abiding Americans’ ability to defend our homes and property, the left’s assault on the Second Amendment should be seen as part of a much larger attack: the attempted murder of America as the freest nation in human history.

Garfield County, Colorado Sheriff Lou Vallario put it well: “[T]he intentional degradation of the Second Amendment, for some radical factions, is NOT about safety or guns, but about eliminating our rights and controlling the population. I have no doubt that success with eliminating the Second Amendment will only fuel the fire of such radicals to eliminate the remaining ones.”

What is implied by the sheriffs’ positions — and what needs to be made explicit to all Americans, particularly those who take an oath to protect and defend the Constitution — is that public officials have not just a right but a responsibility to consider the constitutionality of a law or an order, at least until a court has had the final say. As with medicine, an ounce of prevention is worth a pound of cure.

The abandonment of this responsibility is one of the greatest failures of politicians generally and Republicans specifically, turning many into unwitting collaborators in the destruction of our nation. These useful idiots exist at all levels of government, from former President George W. Bush who signed the McCain-Feingold campaign finance bill despite repeatedly recognizing “constitutional concerns” to local politicians like Larimer County Commissioner Steve Johnson.

When asked about Sheriff Smith’s refusal to enforce unconstitutional (as he sees them) laws and edicts, Johnson said, “Last time I checked in my civics class, the only ones that could rule a law unconstitutional sit on the U.S. Supreme Court.”

Johnson, while a state senator, was the leading GOP legislative sponsor of the largest tax increase in Colorado history and has long been an econometric. (With Republicans like him, who needs Democrats?) But overtaxing, while at least temporarily harmful to our nation and locales, pales in comparison to the permanent damage done when people like Steve Johnson have neither the courage nor the wisdom to understand that their oaths of office require them to defend citizens’ rights.

A sheriff or a county commissioner might not technically “rule” on a law or order, but they can — indeed they must — consider its constitutionality. Given that courts rule on the constitutionality of only a small minority of laws, and that even in those cases a final ruling may not occur for months or years after a law or order is imposed, public officials have an affirmative responsibility to make their own determinations. Indeed, the lack of court action, much less timely action, regarding most laws, and the increasing partisanship of the judiciary at the expense of the rule of law, makes the judgment of others sworn to uphold the Constitution that much more critical.

Imagine a nurse saying “I think what you’re doing will make you sick, but I’m not going to suggest that you stop. Instead let’s wait to see if you become extremely, perhaps terminally, ill.” That would be a dereliction of duty so severe nobody would allow, or even conceive of it, particularly not most nurses. But that is just what so many of our politicians — sworn to protect and defend the Constitution — do every day by refusing to take a stand when presented with unconstitutional orders.

Whether willful collaborators or simply ignorant, spineless and clueless politicians such as Steve Johnson should not be tolerated. They are a political HIV virus, destroying our national immune system alongside people like Nancy Pelosi who respond to questions about constitutionality by asking “are you serious” as they wait for the opportunity to inject the body politic of a once-mostly-free nation with a final, fatal disease.

Sheriffs across the nation, not least in a wave sweeping Colorado, are to be thanked and congratulated for awakening Americans to the idea that the oath of office is not made of idle words, but of a solemn vow whose abandonment — leading to the political equivalent of full-blown AIDS, allowing a scourge of disease to enter a defenseless body — has terrible, permanent consequences.