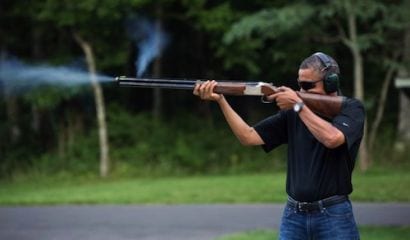 One of President Obama’s greatest political strengths is his ability to convince people that he understands them not in the abstract, but through shared experiences. You have to struggle to get by? Boy, does he know what that’s like. You’ve had bad experiences with your health insurer? He had to sue his mother’s insurer over improperly denied coverage. You’re a gun enthusiast? Hey, he goes shooting all the time!

Obama used such biography-based narratives to great effect in 2008 and 2012. Sometimes they are true, or at least based in truth. Obama did not grow up rich or privileged, whereas Mitt Romney grew up both and John McCain, the son of an admiral, later became a millionaire. Others are greatly exaggerated.

In his campaign for health care reform, Obama relayed the touching story of how he helped his mother, who was dying from cancer, fight her insurance company. As he told it, she was denied coverage because of a pre-existing condition. Through the reporting of New York Times reporter Janny Scott, we discovered that Obama’s mother was never denied health insurance coverage because of a pre-existing condition. She had coverage the entire time she was being treated for cancer.

During the 2008 presidential campaign and on into the fight for Obamacare, Obama described watching his mother die of cancer in the hospital. As he put it in a 2009 speech to the American Medical Association, he was “watching… as she fought cancer in her final days, spending time worrying whether her insurer would claim her illness was a pre-existing condition.”

The cancer part was true. The rest was fabricated. Obama’s mother died with health insurance coverage and without her son, who remained in Chicago preparing to run for the state Senate. He never watched her fight cancer in her final days. He arrived in Hawaii the day after she died.

As he presses hard for new gun control measures that are broadly unpopular in many states, Obama has turned again to his “I’m-just-a-regular-guy-like-you” routine. Despite having famously expressed his true feelings about gun enthusiasts to a group of wealthy San Francisco donors in 2008 — “they get bitter, they cling to guns or religion or antipathy toward people who aren’t like them or anti-immigrant sentiment or anti-trade sentiment as a way to explain their frustrations” — Obama believes (because it has worked so well for him before) he can belay fears about his real intentions by intimating a genuine kinship with gun owners. He told the New Republic that he “shoots skeet all the time” when at Camp David.

Then the fun started. Had anyone ever seen Obama fire any kind of firearm at all, much less a shotgun at a skeet range? People began asking, and the White House clammed up. As the Washington Post’s fact-checker wrote early last week, there seemed to be no evidence that the president had ever shot skeet.

Under pressure, the White House released the instantly famous photo of Obama supposedly shooting skeet at Camp David. His stance and grip are those of a novice shooter holding a gun with little kick (and aiming horizontally rather than upward, where skeet usually are thrown).

Clearly, the president does not shoot skeet “all the time.” (I’ve shot since I was about 15, for what it’s worth.) That would be no big deal, except that the president said he was a regular shooter, and he said it while pushing for tough gun control measures.

As Hillary Clinton might say, who cares whether he shot skeet once in his life or sneaks away in the middle of the night to get his fix, what difference does it make? Not much, really, except that it reveals again the dishonesty on which Obama likes to base his emotional appeals for controversial policies. Emotionally, it makes a difference whether the person pushing for gun restrictions is an avid shooter or someone who doesn’t know a magazine from a muzzle. Believing that a proposal comes from someone who is on your side causes people to lower their guard. Obama is banking on this to make a difference in the gun control debates in Congress. Gun control opponents now know not to let it influence their thinking. They should act as though the man pushing these measures is not at all one of them — because he is not.

Andrew Cline is editorial page editor of the New Hampshire Union Leader. You can follow him on Twitter at @Drewhampshire.