Attorney General Eric Holder’s brief letter to Senator Rand Paul (R-KY) regarding the use of deadly force against American citizens without trial on American soil can be viewed below: 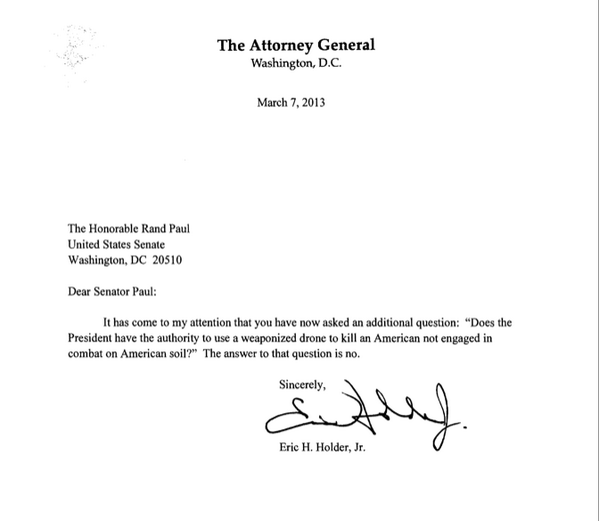 The body is only 43 words. The letter ostensibly puts to rest uncertainty on the White House’s stance, which prompted a nearly 13-hour filibuster from Senator Paul. He was presumably dissatisfied with Holder’s statement that the president would address the issue in the coming months, made during a Senate Judiciary Committee oversight hearing Wednesday morning. When Fox News’ Megyn Kelly solicited Paul’s reaction to Holder’s latest message, he reliped, “Hooray!” It appears he is now satisfied.