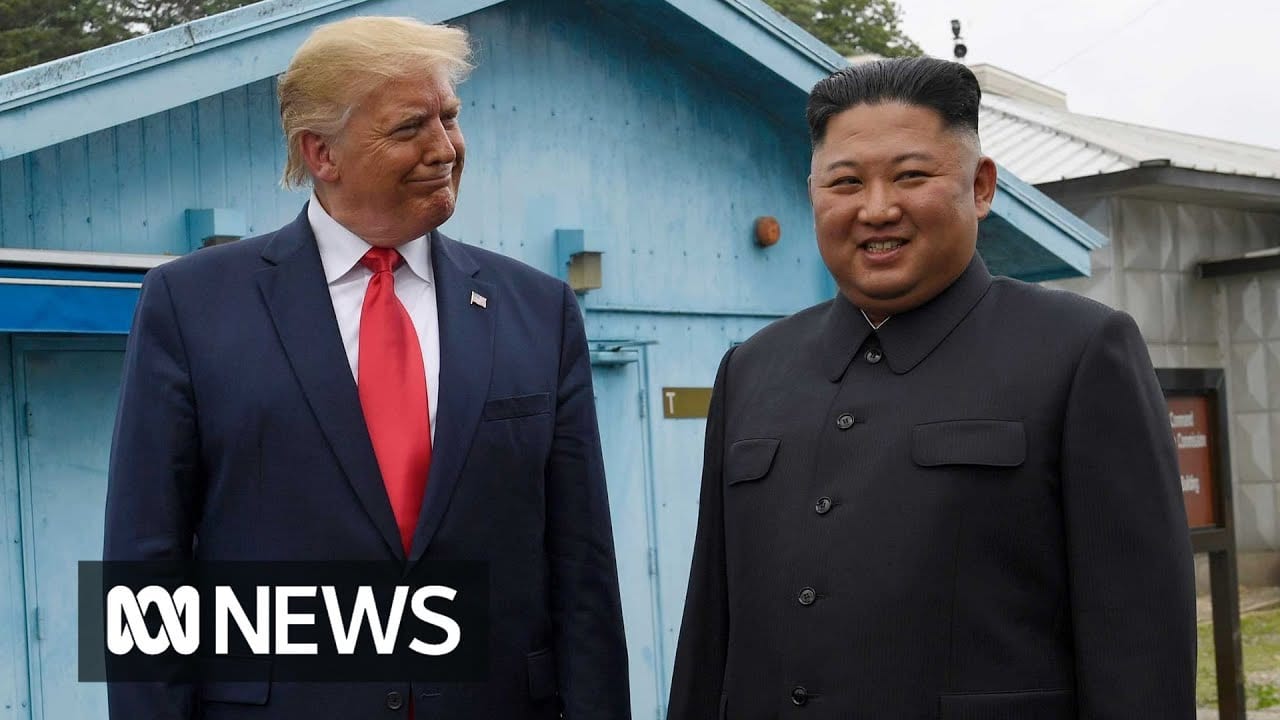 And where was national security adviser John Bolton?

The foreign-policy hawk was on his way to Mongolia — which pretty much explains the dynamics that led Trump to become the first sitting U.S. president to set foot in the repressive Hermit Kingdom, with a leader who systematically has starved his own people in his quest to become a world nuclear power. In return for what, exactly?

The big takeaway was a photo op, after which Trump and Kim said the two nations would resume negotiations that began in June 2018 when they met for the first time in Singapore. The art of the deal that Trump hailed as culminating in “complete denuclearization” of the Korean peninsula has morphed into the art of the do-over.

To be clear, old-style negotiations with the Democratic People’s Republic of Korea failed to deliver the denuclearization that previous presidents sought. So there is reason to ditch traditional diplomacy.

There is a faction within the administration that wants a “small deal,” because this rump sees a sweeping all-or-nothing deal as unobtainable and likely to end in failure. Trump certainly has the right to give that viewpoint a try, should he choose to do so.

But the Trump charm offensive with Kim isn’t likely to lead to world peace. The commander in chief looked like a pushover when he declared victory at that first summit in Singapore, which produced a vague agreement dropping language — “verifiable” and “irreversible” denuclearization — that had been standard American asks of North Korea.

That first summit elevated Kim on the world stage. It was a gamble that supporters and optimists framed as a new beginning facilitated by Trump’s willingness to break with convention and meet with an Asian leader ahead of staff negotiations in a nod to cultural differences.

If it worked, the world would see Pyongyang peel back its nuclear capability with an aim toward joining the international community and creating a modern economy.

But all Americans got was a lousy T-shirt — a postcard of a deal with no deliverables, later followed by the Hermit Kingdom’s launch of short-range missiles.

Trump’s decision to cut short a second summit in Hanoi in February showed the world Trump had the backbone to walk out of a bad deal. Yaaay. But then his last-minute Twitter invite to Kim to meet at the DMZ — a gesture that led to the border crossing — shows Trump’s hunger for spectacle can be held at bay for only so long. Many foreign policy wonks are convinced that a good deal is more likely to emerge from talks without Trump than talks with him.

Trump does not seem to understand the “true nature of the mafia-like” culture that has guided the Kim family, David Maxwell of the Foundation for Defense of Democracies told the Las Vegas Review-Journal.

Perhaps the best example of Trump’s willful blindness came from Hanoi, where Trump told reporters he did not think Kim was aware of the torture inflicted on Otto Warmbier, a University of Virginia student from Ohio whom the regime arrested at Pyongyang International Airport in 2016 and sentenced to 15 years of hard labor after he was found guilty of stealing a propaganda poster.

In 2017, Trump successfully prodded the country to release Warmbier, who by then was blind, unresponsive, and paralyzed after enduring 17 months in a North Korean prison. The young man died six days later.

In Hanoi, Trump told reporters he did not hold Kim responsible for the 22-year-old’s suffering and death. “I don’t believe he knew about it,” Trump said. “He tells me that he didn’t know about it, and I will take him at his word.”

Imagine the likely reaction on the right if President Barack Obama had said that.