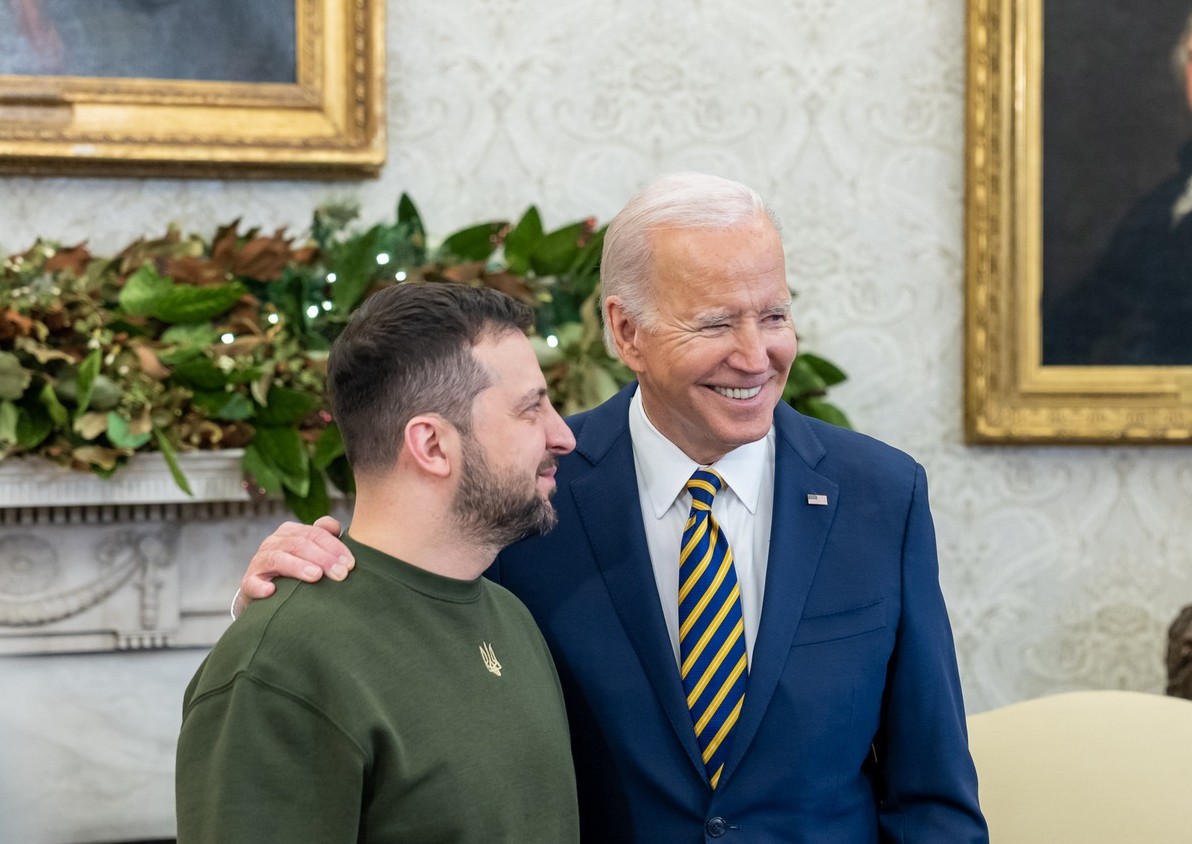 After remaining in-country to lead his war-torn nation through the most destructive conflict of the 21st century, Ukrainian President Volodymyr Zelensky made his first foreign visit to the United States to make his case in a joint address to Congress.

Zelensky articulated Ukraine’s role in the “restoration of international legal order” and protecting “global security and democracy.” Immediately following his visit, the House passed over $45 billion in aid. However, Zelensky’s trip to Washington failed to move the critics that could potentially jeopardize future aid to his country. Thus, while mostly a short-term success, Zelensky’s charm offensive fell on deaf ears for the people he needed to persuade most.

Zelensky’s visit was motivated by a critical juncture in U.S. support for the nation. Even with most Americans (65 percent) supporting further arms supply to Kyiv, public opinion for indefinite support has declined to less than half (down to 48 percent from 58 percent last July), according to data from the Chicago Council on Global Affairs. Coupled with Republican House Majority Leader Kevin McCarthy’s threats to reduce aid after the GOP takeover next year and growing skepticism on both sides of the aisle, Zelensky’s visit was equal parts symbolic and strategic to maintain his support system. Unfortunately for Zelensky, he failed to woo his country’s critics into future aid commitments.

Even before his address, critics within the GOP were quick to hop on the anti-Ukraine aid bandwagon. Rep. Marjorie Taylor Greene called the visit “absurd” and mockingly referred to Zelensky as “the shadow president” and Ukraine as the “51st state.” Meanwhile, most House Republicans opted not to even attend the speech itself, with only 86 out of 213 GOP congressmen in the audience. Rep. Thomas Massie went as far as to call Zelensky a “Ukrainian lobbyist,” while Sen. Josh Hawley justified his decision to skip the address by stating, “I didn’t want to be part of a photo op asking for more money from the United States.”

Among the 86 GOP representatives who did attend, seven notable America First lawmakers, including Jim Jordan, Matt Gaetz, and Lauren Boebert, remained sitting throughout most of the speech, with Gaetz and Boebert receiving backlash for being on their cellphones for some of it.

That is not to say that most Republicans have abandoned the endeavor to support Ukraine or were unmoved by Zelensky’s leadership. Both Sens. Lindsey Graham and Mitch McConnell have continuously reiterated the importance of Ukraine for American global security interests, and 18 senators and nine representatives voted for the recent spending package. Still, the House’s close voting margin of 225–201 should concern Zelensky and his advocates.

Despite the standing ovation from Congress and fawning from media outlets, Zelensky preached to the choir while giving ammunition to his detractors.

This is not a knock against the man who, through strategic communication and charisma, mobilized the Western world against the Kremlin’s aggression and demonstrated Ukraine’s resilience to defend its independence. Rather, it is an observation of Ukraine’s precarious state among an electorate that is growing less concerned about the geopolitical complexities surrounding the war. Foreign policy is difficult to communicate to voters, thus experts and world leaders alike couch and dilute their messaging to catchy phrases such as “defending democracy” or “securing liberty.” But after two decades of war in the Middle East, Americans are tired and wary of international entanglements that could involve the United States directly.

Zelensky made the right choice to visit Washington and make his case before the American people. He got a nearly $50 billion aid package and the Patriot missile battery Kyiv needs to match the Russians’ firepower in return for his troubles. But he still could not convince his critics to back the cause further. As Russia continues its brutal onslaught, Ukraine needs the support of its detractors to survive.

Zelensky’s problems just got more difficult, and it will take more than impassioned speeches to secure the goodwill of the American people.