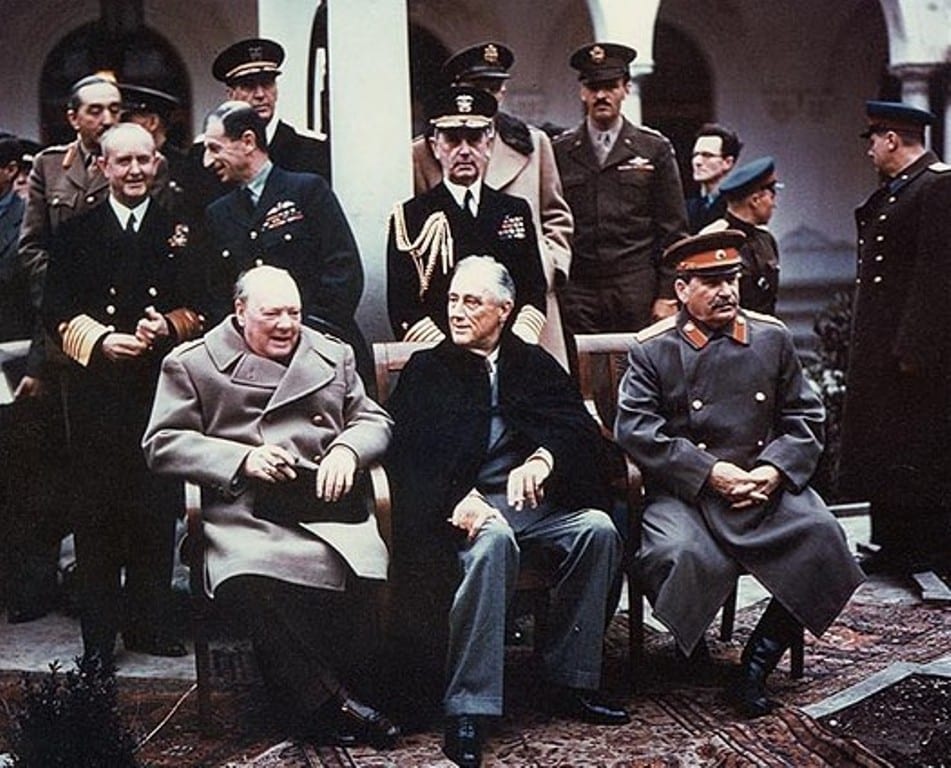 Robin Wright of the New Yorker dubbed the Helsinki summit the worst such meeting between Russian and American leaders. The event left New York Times columnist Thomas Friedman to write, “Donald Trump is either an asset of Russian intelligence or really enjoys playing one on TV.” Former CIA director John Brennan called Trump’s performance “nothing short of treasonous.”

If only a member of the president’s entourage departed the summit for Moscow to receive official honors for his service to Russia, then perhaps Donald Trump’s critics might view him in a more favorable light. This actually happened at the conclusion of the Yalta Summit, when Franklin Roosevelt’s advisor Alger Hiss traveled to Moscow. There, his Russian masters decorated him.

“Recently ALES and his whole group were awarded Soviet decorations,” reads a Soviet intelligence document intercepted and decrypted by the Venona project. “After the Yalta conference, when he had gone on to Moscow, a Soviet personage in a very responsible position (ALES gave to understand that it was Comrade Vyshinsky) allegedly got in touch with ALES and at the behest of the Military NEIGHBOURS passed oil to him their gratitude and so on.”

Hiss, one of just three Americans to accompany the secretary of state to Moscow after Yalta, was the figure codenamed “ALES.” The word “NEIGHBOURS” meant GRU, Russian military intelligence.

What happened at Yalta proved far more consequential than anything that comes out of the Helsinki conference. Franklin Roosevelt and Winston Churchill gave their imprimatur to the Russians controlling Poland after the war. Ditto for East Germany. Did Trump’s critics forget Roosevelt’s kid-glove treatment of Joseph Stalin when evaluating Trump’s interactions with Vladimir Putin?

One might give Roosevelt a pass if Hiss served as the only Russian agent working at a high level within his administration.

Harry Dexter White, the assistant secretary of the U.S. treasury and senior American official shaping postwar agreements at Bretton Woods, White House economic advisor Lauchlin Currie, and State Department official Lawrence Duggan all toiled for the interests of Stalin on the U.S. government payroll. Samuel Dickstein, a New Deal ally of President Roosevelt who ironically helped found the House Committee on Un American Activities, received a monthly stipend from the Russians to do their bidding. Roosevelt’s vice president during his third term, Henry Wallace, ran for president in 1948 in a campaign largely run by Communists and their sympathizers.

This does not absolve Trump from criticism regarding certain answers in his joint press conference with Vladimir Putin. It just indicates that past American presidents got far worse results and cozied up to far worse Russian leaders. The reaction to Trump’s performance ranks as an overreaction.

A word stronger than collusion describes the activities of many powerful members of the Roosevelt administration in their dealings with the Russians.

When passions overcome reason, forcefully stated beliefs often tell us the truth about the speaker more than the “truth” said.