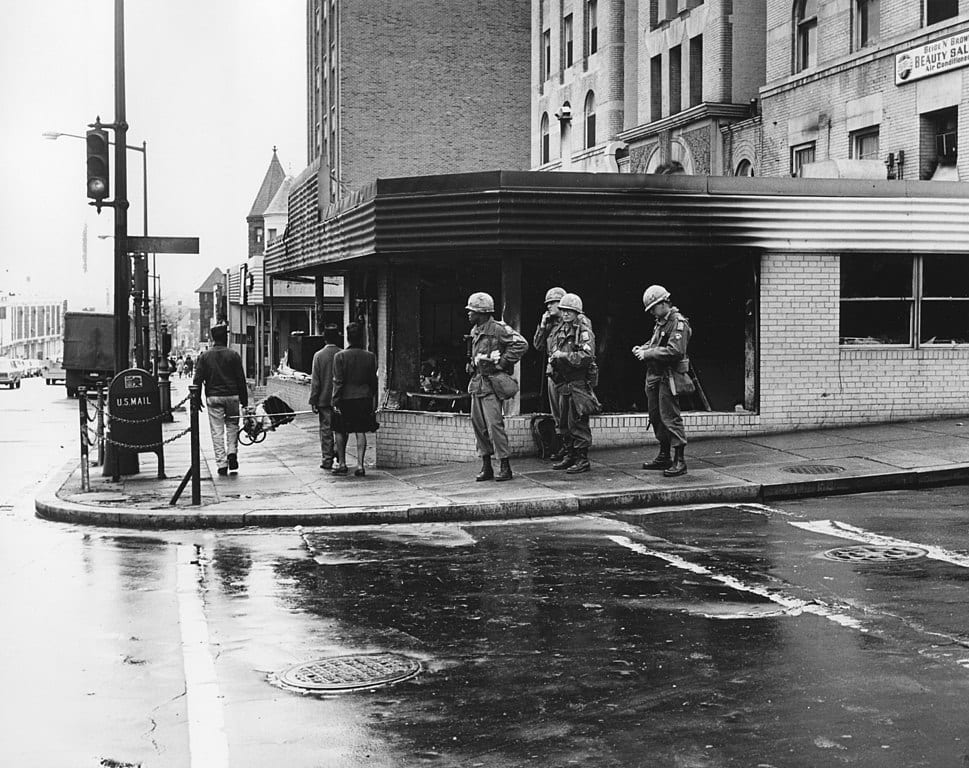 Dan Flynn, a writer in his forties, called me the other day and asked how the violence of the past week in all major cities across America, with its attendant death, destruction, and riot, had compared with the 1968 death, destruction, and riot occasioned by the assassination of Martin Luther King Jr. I thought for a second and responded, “This is worse.” The 1968 riots were in response to the killing of a great leader of a segment of the American people, American blacks. They had reason to be enraged. Martin Luther King was a liberator, an advocate for peace, a legitimate leader of a historic cause. The historic cause was the smooth transition from slavery to integration. Had we not botched the ending of slavery, we would not, 155 years later, have had the death of George Floyd last week and its chaotic aftermath. But America botched the ending of slavery, because of another assassination. That was the assassination of a white man, Abraham Lincoln. Had Lincoln lived, a successful transition from slavery for blacks would have been possible.

The assassination of Martin Luther King enraged black America and deeply troubled those white Americans who recognized that King was endeavoring to end the last problem created by slavery, segregation. It allowed the existence of a two-tiered society where there should only be one society. His death was the consequence of a self-appointed representative of a hateful cause, just as Lincoln’s death was the consequence of a hateful cause. The murder of George Floyd by a crazed cop in Minneapolis was senseless. His death should not have taken place, but he was no Martin Luther King. The cost, however, will take months to calculate. Possibly the cost is incalculable.

As I watched the television last week and listened to the learned sages pronounce about America, I wondered what country they were living in. America is a vast land filled with middle-class people, working-class people, and those who speak different languages. It is now a land that Lincoln could not imagine, and that King could only hope for. It is a land with poor people, to be sure, but that number of poor people has been shrinking. We, until a month or two ago, had the lowest rate of minority unemployment since unemployment began being quantified. The administration that allowed that to happen, that encouraged that to happen, was the administration of Donald J. Trump.

To listen to the sages talking on the tube, you would think that America was still two-tiered: the white class on top and the black class on the bottom. That is also how the rioters envision America. It is not the case. There is a growing black middle class in America, and a growing black working class. As a matter of fact, black prosperity has been spreading in America since World War II, but now it cannot be denied. As early as  1978, William Julius Wilson, the distinguished black sociologist, in the The Declining Significance of Race: Blacks and Changing American Institutions, noted that though racism may not have disappeared it no longer was as important in America as class.

If you listen to commentators on television you would think that the black underclass only needed one thing, money, to become working class or middle class. Well, we have given the poor — both white and black — money, and we have today about the same number of people living beneath the poverty line as when we began the war on poverty back in the 1960s. There ought to be a more certain way to overcome poverty.

There is. President Trump demonstrated it successfully until the coronavirus interrupted. Yet the coronavirus is not going to last forever. In fact, it might well be on its way out now. Then it will become time to try something new. That is to say, a growing economy. We can try the outdated way to beat poverty by giving people money, or we can try the new way by creating jobs for all people.

Of course, a lot of jobs and job opportunities were lost last week when the demonstrators began destroying property. Ironically, my guess is that much of that property belonged to the less well-off, many of them black.