by Paul Kengor
Activists march in the Women’s March on Jan. 22, 2023 in Washington, D.C. (Phil Pasquini/Shutterstock) 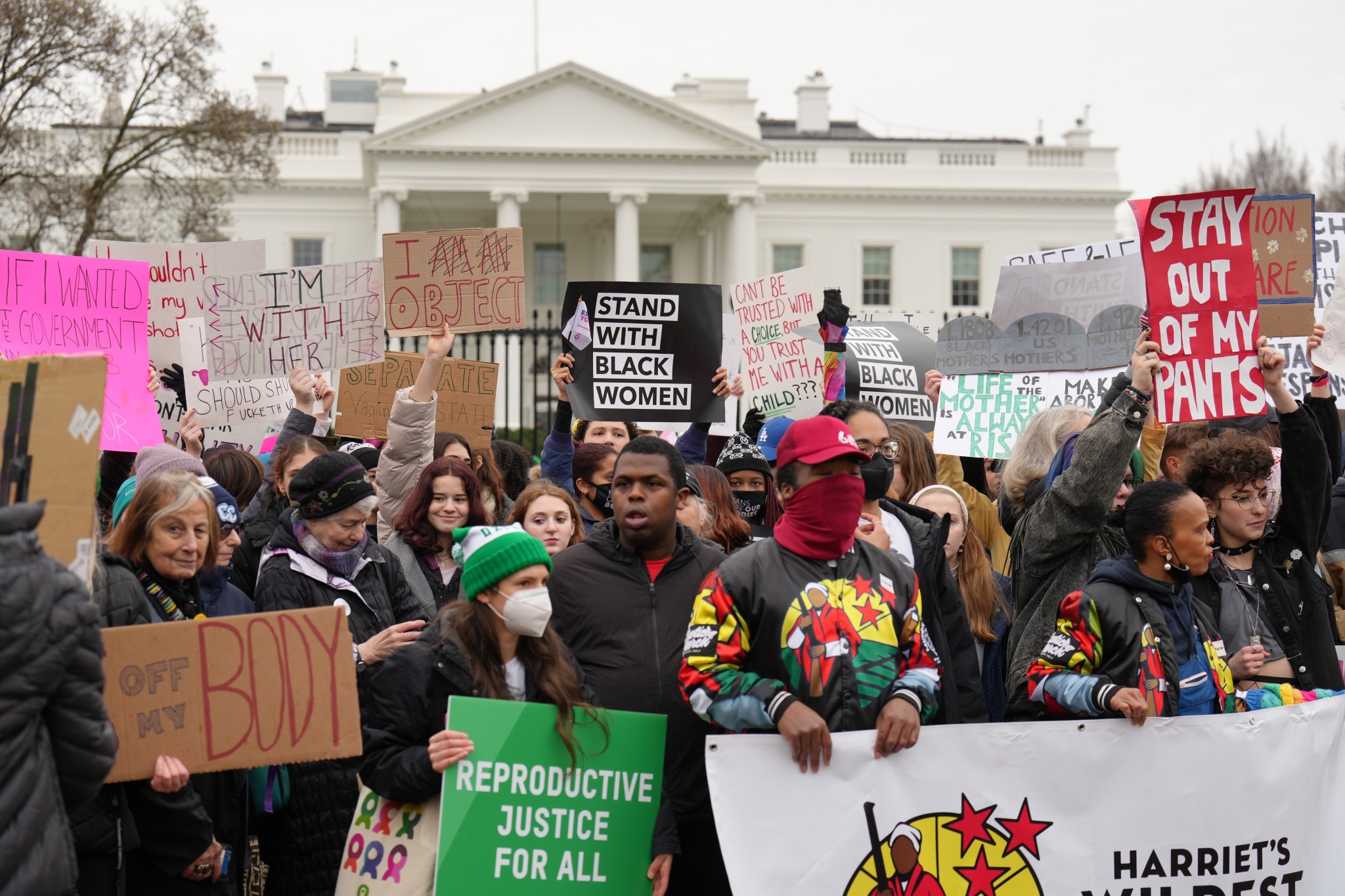 Forgive me, dear readers. This past weekend, on Sunday, the Lord’s Day, the Women’s March recommenced in Washington, D.C., and your faithful correspondent, who in years past dutifully reported on the Women’s March, failed to notice. I am filing this dispatch late.

I’m evidently not the only one who failed to notice. Judging from the scarcity of footage posted online, it looks like the Women’s March this year couldn’t have filled a kindergarten room, let alone the Mall or even the front steps of the Supreme Court. (Apparently, for this year’s march, the epicenter was the People’s Republic of Madison, Wisconsin, where the crowd was smaller still.)

This year’s mass mobilization was so measly that the Women’s March website doesn’t even include a list of sponsors. In previous years, the site featured the usual suspects: the National Education Association, the American Civil Liberties Union, Planned Parenthood Action Fund, the American Federation of Teachers, and, of course, Free the Nipple.

Am I to assume that there weren’t corporate sponsors this time around? Not even the New York Times?

Recall, if you will, the height of the glory days of the Women’s March, when on Jan. 21, 2017, the day after Donald Trump was sworn in as president, a throng of angry women stormed the nation’s capital, strangely donning curious pink hats modeled after their genitalia. I kid you not, as these hats were called, well, it’s a label that I, a gentleman of taste and manners, cannot repeat here, lacking the crudeness and grossness of the gals who put those things on their heads and screamed. (If you’re aching to know, the hats have their own Wikipedia entry and website.)

The ladies in 2017 were egged on by a woman who made a career of screaming into microphones, the pop “artist” known as Madonna. They were also urged on by the most radical woman in America for a half-century and counting, one Angela Davis, who was no less than honorary co-chair of the 2017 Women’s March. Let me remind you of Comrade Angela’s credentials:

Angela Davis for about 50 years running has been America’s most infamous female Marxist. She twice ran for vice president of the United States on the Communist Party USA ticket as the running mate of old Communist Party USA head Gus Hall, whom Barack Obama’s CIA director, John Brennan, actually voted for. Davis, the prized student of the Frankfurt School and New Left guru Herbert Marcuse, traveled the world chummily meeting with communist despots, such as her Berlin Wall buddy Erich Honecker and her favorite Havana banana Fidel Castro. Davis jetted to Moscow in 1979 to receive the USSR’s Lenin Prize, which she glowingly accepted in front of a grim bust of Lenin and an even grimmer room of white Russians. Davis is a mentor to Rep. Ilhan Omar and self-described “trained Marxist” Patrisse Cullors, the founder of Black Lives Matter.

I must confess that I don’t know whether Comrade Angela or “Material Girl” Madonna made an appearance at this year’s march. Like me, I doubt they even knew about it. In fact, when I yesterday Googled “Women’s March,” I was struck to see on the upper right of my screen a Wikipedia description of the Women’s March on Versailles in October 1789, one of the odious flashpoints of the bloody French Revolution. Interestingly, that Wikipedia description indirectly speaks to the methods of the organizers of the Women’s March in America, noting of the mob of French women: “The market women and their allies ultimately grew into a mob of thousands. Encouraged by revolutionary agitators, they ransacked the city armory for weapons and marched on the Palace of Versailles.”

Like in 1789, the women marching in our day are encouraged by revolutionary agitators. Most of the poor girls are dupes, not realizing that their buttons are being pushed by shrewd ideologues manipulating them for revolutionary purposes they can’t imagine. Comrade Angela in January 2017 was a case in point. She prattled on about climate change and fauna and LGBTQ, but, in truth, her commitments were to Marxism and Lenin and the KGB. The Millennial gals giggling in pink hats had no idea of all that ideological baggage. They were lured in as crowd fillers, to add their presence to what Angela and ’70s cronies like Bill Ayers and his Weather Underground sweetheart Bernardine Dohrn and other FBI fugitives called the Popular Front.

But that said, the real driving passion of these modern revolutionaries was unmasked at this year’s Women’s March: abortion.

That this year’s Women’s March was held on the exact anniversary date of Roe v. Wade is, alas, perfectly fitting. That really is their day of national celebration.

Originally, the annual March for Life had been held that day as a national day of mourning for the pro-life movement. Massive crowds of pro-lifers trekked to Washington on January 22, usually in brutally cold weather and dangerous travel conditions, attended Mass and religious services, and then marched in nasty weather as acts of penance, offering up their suffering for the lives of the unborn never permitted to survive their mothers’ wombs.

More recently, the March for Life moved to the Friday before January 22, when the offices of Capitol Hill legislators are open. Personally, I think they should consider shifting the date to June 24, the day of the Dobbs decision that overturned both Roe and Planned Parenthood v. Casey, a ludicrous decision based on Justice Anthony Kennedy’s surreal “mystery clause.”

This leaves open January 22 as the day for pro-choice women to embrace for their annual march. Why not? After all, it’s like their Christmas Day — especially for the likes of this unhinged woman screaming at pro-lifers that their “fake, white” Jesus loves abortion.

Well, that enraged woman clearly loves Roe. She surely would be supportive of moving the Women’s March to January 22 each year.

The women do need to settle on a date. I say they choose the date of Roe, which launched over 63 million abortions. That is really where their hearts are.