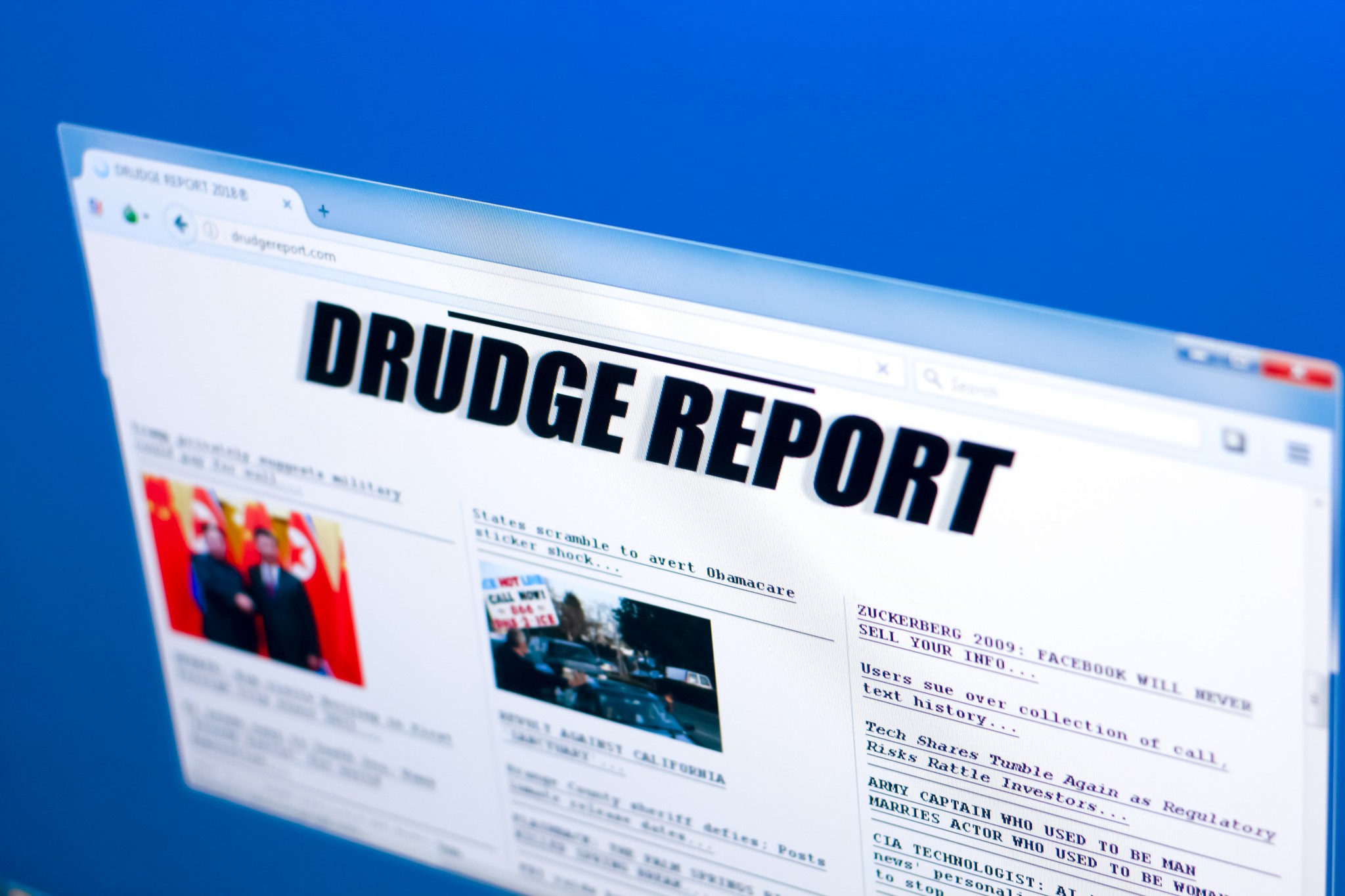 Who runs the Drudge Report? Certainly not Matt Drudge. Keeping the name on the website without revealing the extent of Drudge’s involvement seems as dishonest as some of the more recent headlines. The many anti-Elon Musk headlines from the weekend included “Is He Tripping on Drugs?” and “No Police Report Filed in Musk’s ‘Stalker’ Claims, LAPD Says.”

The website’s raison d’être now seems the pig pile, that mob bullying event in which all the cowards on the playground jump on the back of a kid more athletic than them, force his face in the dirt, and mess up his clothes. The Drudge Report reminds me of MTV in the early 2000s, a channel I returned to sheerly out of habit based on its greatness from decades before. It took years of terribleness for me to break the addiction. The Drudge Report, living off the fumes of its past, will likely keep me roped in for a while longer until autopilot catches up to my brain in realizing that the revolution in form left us with mud squares in the disguise of brownies.

Don’t Blame Sam Brinton, They Did It