The Talkies,Top Story Feminism,Film,Hollywood,Television What Price Beauty - The American Spectator | USA News and Politics
Menu
The Talkies
What Price Beauty
And where can we find it, now that Hollywood has gone full feminist?
by Lou Aguilar
Grace Kelly in Alfred Hitchcock’s “Rear Window” (IMDB.com) 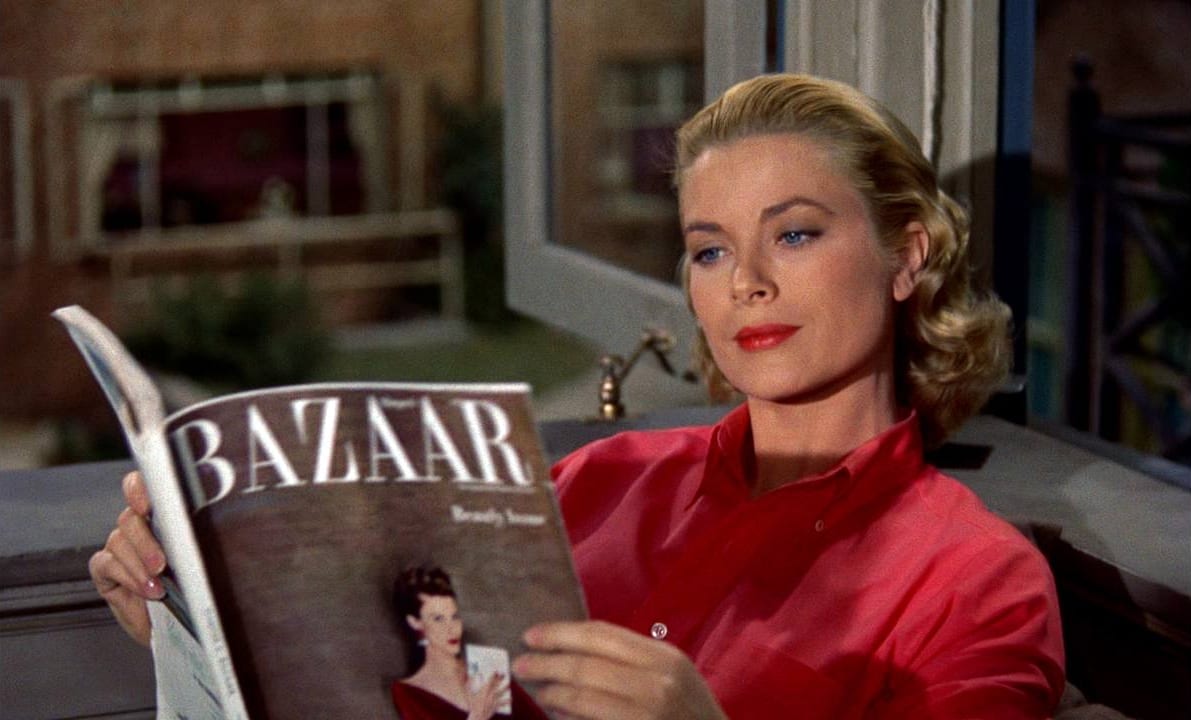 I’m old enough to remember when most women on the silver screen were beautiful. Some 30 years ago, I went to the rerelease of Alfred Hitchcock’s Dial M for Murder in 3D. My date, Sharon, was a pretty 20-something blonde, which has a bearing on what happened. The moment Grace Kelly appeared on screen in full technicolor radiance, Sharon grabbed my wrist and gasped, “Who is that awesome-looking woman?” I’ve often thought about that incident during my adventures in the movie business. Sharon must have seen Grace Kelly before — on TV, among many other lovely actresses. Yet she — a knockout herself — was flabbergasted by Kelly’s Olympian magnificence the way Hitchcock intended, like countless other filmmakers showcasing their stars. They were the latest in a 5,000-year line of artists striving to portray feminine allure for the admiration of both men and women like Sharon. That lineage is now being broken by Hollywood, once the high temple to sex goddess-hood.

The radical feminists and cowed men who now control the entertainment industry like to depict women as pseudo men, physical matches for the guys, who accept them without the slightest prurient interest. But while producers can fabricate the reaction of male actors to their female costars, they have little sway over the human audience. For that anti-biological fantasy to fly, the whole idea of female sex appeal must be discarded, and the only way to accomplish this is by deemphasizing beauty. Judging by current television and film women, Hollywood has succeeded all too well, thereby hastening its own end.

Beauty may be in the eye of the beholder, but as Supreme Court Justice Potter Stewart described his threshold for film pornography, “I know what it is when I see it, and the motion picture involved in this case is not that.” I shall apply his standard to female pulchritude in this year’s major studio bombs so far. The Grudge (Screen Gems) featured Andrea Riseborough, Betty Gilpin, and Jacki Weaver, with only Gilpin semi-cute at best. Underwater (20th Century Fox) had Kristen Stewart looking like a man with a buzz cut and glasses — and keeping the boys away from the theater. Like a Boss (Paramount) starred Tiffany Haddish, who may be funny but she ain’t pretty. The Rhythm Section (Paramount) showcased Blake Lively beating up bad guys thrice her weight — and keeping men away from the theater. Birds of Prey (Warner Brothers) was feminist flick-off to male comic fans — who responded in kind. 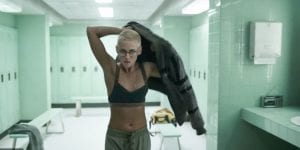 There are still classically gorgeous movie stars left. Three of them — Nicole Kidman, Charlize Theron, and Margot Robbie — recently appeared in Bombshell as Fox News personalities, the first two playing former real ones (Gretchen Carlson and Megyn Kelly). The film, an indictment of the late Fox News creator Roger Ailes, unintentionally gave one reason why the network is crushing its competition, CNN and MSNBC — more beautiful (and talented) women, a lesson clearly lost on Hollywood. But Kidman, Kelly, Robbie, Scarlett Johansson, Olivia Wilde, and a few others are glamorous exceptions to the big-screen rule.

Amazingly, contemporary television shows are even grimmer, with not a single woman in one standing out for her looks. A quick scan of new female-led TV series (which are most of them) in the 2019–20 season reveals the ugly truth. All feature intentionally unglamorous stars. These include Watchmen (Regina King), Euphoria (Zendaya, Maude Apatow), Dollface (Kat Dennings), All Rise (Simone Missick), Bluff City Law (Caitlin McGee), Emergence (Allison Tollman), Stumptown (Cobie Smulders as a tough chick private eye), Evil (Katja Herbers), and Batwoman (Ruby Rose as a tough lesbian superheroine). Only nine years ago, Two and a Half Men, starring Charlie Sheen as a lecherous Malibu playboy, was the highest-rated comedy show on TV, with every episode featuring a stunning underclad starlet. Its viewers didn’t disappear (my stepfather still watches it); they just magically became deplorable sexist pigs to the very producers who got rich on them.

Many of these productions have female writers and directors, which could be a positive, except they’re all the agenda-driven feminist kind, the only kind Hollywood currently employs. Toss in the leftist bent of the Industry and its power to influence the culture and you get open season on traditionalist women, who are an enormous potential audience. Conservative women don’t return the disdain, and few would suffer the slings and arrows of a nasty business to promote normalcy the way their liberal counterparts champion the absurd. The result is the obliteration of any characters they can identify with — and radical feminist hegemony. That the original full title for Cathy Yan’s Birds of Prey was Birds of Prey (and the Fantabulous Emancipation of One Harley Quinn) until a desperate Warner Brothers changed it in mid-flop says a lot about the cluelessness of studio players to the real world.

There was a time when common sense would have averted such a fiasco. When even liberal studio bosses had enough understanding of the general public’s values to contain fanatical artists. But the Me Too movement blew up the dam and washed away all sane sandbaggers in a progressive flood.

One big casualty was an entire movie genre, the romantic comedy, usually dependent on an attractive man falling for a Pretty Woman. That picture made a huge star of Julia Roberts 30 years ago. Men wanted to be with her and women wanted to be her, as they did other romcom-launched darlings like Meg Ryan (When Harry Met Sally), Drew Barrymore (The Wedding Singer), Kate Hudson (How to Lose a Guy in 10 Days), Cameron Diaz (There’s Something About Mary), Katherine Heigl (Knocked Up), and Amy Adams (Enchanted, an actual Disney fairy tale). The secret to their success, besides femininity, was that they were all gorgeous, the main impetus for the male leads’ pursuit of them.

This cannot stand in today’s man-bashing Hollywood, even though female audiences still respect good looks. Because the irrepressible truth is that these actresses were not just hotter than their drab successors; their characters were stronger. The new auteurs didn’t elevate feminist heroines. They diminished them by stripping them of the full power of women — which includes rather than precludes beauty. They could have learned more about their art from two superior examples of its past: Katharine Hepburn in Woman of the Year (1942) and a sultry Doris Day (you read right) in Teacher’s Pet (1958).

The latter film inspired me to become a newspaperman at the Washington Post, where my female colleagues were a lot more like Day’s sharp-witted journalism teacher, Erica Stone, than anyone on screen today. As John Keats wisely wrote, “Beauty is truth, truth beauty — that is all / Ye know on earth, and all ye need to know,” unless you work in Hollywood.