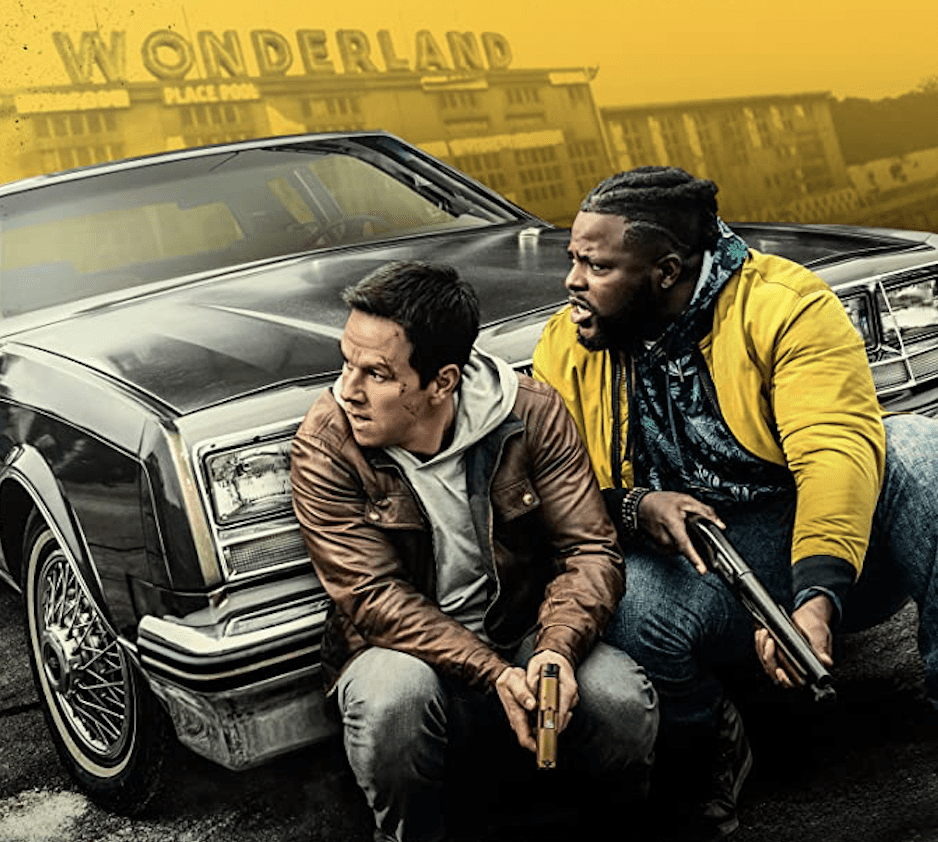 There are very few players in modern Hollywood secure and tough enough to defy its progressive Compliance Decree by displaying traditional masculinity on screen. This includes such triggering yet eternal truths as men’s superior strength to women, their appreciation of female sexuality, facility for male bonding — yes, even cross-racially — and sense of responsibility toward the fair sex. The entertainment industry’s delusory output to the contrary, actual women stand no fighting chance against bad hombres and need good men to protect them. Suggesting this reality to most producers today will get you booted from a pitch meeting. But they wouldn’t dare eject Clint Eastwood (though the attempt would make his day) nor Quentin Tarantino nor Mark Wahlberg. An unabashed practicing Catholic and military supporter, Wahlberg often portrays rugged heroes undaunted by feminist fantasy or other political corrections. In his exciting new film, Spenser: Confidential (streaming now on Netflix), he marvelously embodies a classic literary figure of almost 50 years — Boston private detective Spenser.

Spenser was successfully intentioned by his creator, Robert B. Parker, as the heir to Raymond Chandler’s iconic Philip Marlowe. Like Marlowe (with whom he shares a famous English literary name), Spenser is a hard-boiled, witty, deceptively well-read wise guy with an eye for feminine beauty and the heart for damsels in distress, along with less formidable men. Unlike the hard-drinking Marlowe, he’s an ex-boxer who can bench-press 200 pounds. Spenser first appeared in the 1973 novel The Godwulf Manuscript. But it wasn’t until the fourth book, Promised Land, introduced Spenser’s mysterious black counterpart, Hawk, that his popularity took off. Most of the earlier novels were well-written tributes to Chandler. The later ones, unfortunately, became more formulaic and duller. In all, Parker wrote 40 Spenser books before his death in 2010. The next year, Ace Atkins ably took over the series. Spenser: Confidential is based on Atkins’ second novel, Wonderland.

Spenser made his screen debut in the excellent ABC TV show Spenser for Hire (1985–88), superbly played by the late Robert Urich, with a memorable Avery Brooks (Star Trek: Deep Space Nine) as Hawk (Brooks got a poor short-lived spinoff, A Man Called Hawk, after the original show got cancelled). Several average made-for-TV movies followed, the first few elevated by Urich and Brooks, the second batch starring the physically miscast Joe Mantegna as Spenser. If any current movie star perfectly fits the role, it’s Mark Wahlberg. Not only does he have Spenser’s imposing musculature (see Pain & Gain, 2013), boxing skill (The Fighter, 2010) and genuine toughness, but he’s actually from Boston and comfortably talks the dialect. But to make Spenser: Confidential as good as it is, he needed a sharp director. Luckily, as John Wayne had Howard Hawks on five films, Wahlberg has Peter Berg, the director on three of his previous films (Lone Survivor, Patriots Day, and Deepwater Horizon).

Making a politically incorrect movie that celebrates manliness without a phony kickass female in sight was no sweat for this duo. They had already incensed and embarrassed Hollywood on their first collaboration, Lone Survivor. After a parade of U.S. military–bashing films condemning the War on Terror with our country in the middle of it — Home of the Brave (2006), Redacted (2007), Battle for Haditha (2007), In the Valley of Elah (2007), Grace is Gone (2007), Lions for Lambs (2007), Green Zone (2010), Allegiance (2012) — bombed at the box office, Wahlberg and Berg made Lone Survivor in 2013. The inspiring true story of Navy Seal Marcus Luttrell, the only survivor of a brutal firefight between four Navy Seals and 200 Taliban fighters, grossed $125 million domestic. Young men who’d avoided the other titles like the Wuhan virus came out in droves for that one. The fictional, much lighter Spenser: Confidential should attract plenty of women with its depiction of contemporary knights and sympathetic non-feminists.

Making a politically incorrect movie that celebrates manliness without a phony kickass female in sight was no sweat for this duo.

In an acceptable deviation from the Parker canon, Wahlberg’s Spenser is an ex-con as well as an ex-cop. After time served for beating up his dirty police captain, Boylan, he rents a room from his ex-trainer and gym owner, Henry Cimoli, a typically delightful Alan Arkin. Henry asks Spenser to train their lethal but erratic housemate, Hawk, appealingly played by the much younger Winston Duke. Spenser also tries to avoid his abrasive yet sexy ex-girlfriend, Cissy, but succumbs to her aggressive seduction, which comedienne Iliza Shlesinger pulls off well.

We get an early sense of Spenser’s chivalry. Watching news footage of a young black woman breaking down over her policeman husband’s murder, Henry wants to change the channel before Spenser gets drawn in, but he’s too late. Spenser becomes the girl’s champion and her late husband’s avenger against a cabal of crooked cops, the Mafia, and an MS-13-type gang. During his investigation, Spenser’s wisecracks — a staple of the books — get full rein. When a corrupt detective he once worked with threatens Spenser, saying he’s now Sergeant Macklin, Spenser quips, “Wow. For you to make sergeant — I’d say all your superiors must be dead, no?” Later, a NOW-melting speech by Cissy reveals his conservative side: “That time we thought I was pregnant. Do you remember what you said to me? … You said, ‘I’m not sayin’ we’re getting married, but that kid’s not being raised without a father.’ … You were always going to do what’s right. You always had that strong moral code.”

Berg’s direction is first-rate, expertly balancing drama, humor, and great action. He also provides some truly artistic touches. In an ironic montage, for instance, Berg cross-cuts between two funerals — one in a small black church for the posthumously framed husband of Spenser’s client, the other for the corrupt Boylan with full police honor and the mayor present. Judging by this film, Spenser may have a long screen life ahead of him — and Byronic heroes and ladies fair a lifeline in the woke cauldron of Hollywood.