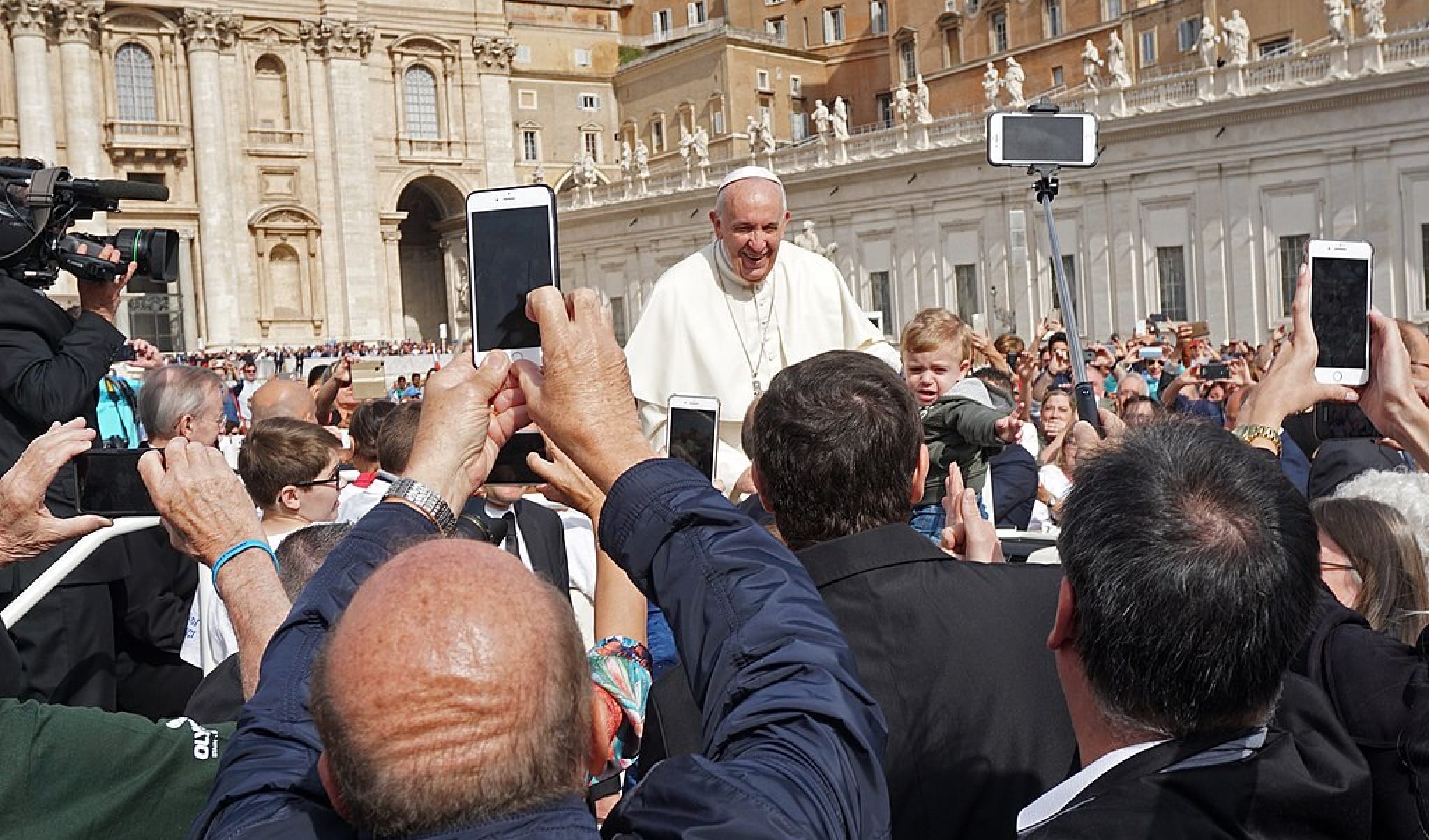 Pope Francis is increasingly showing his hand. He came into the papacy promising to clean up the Church, especially on matters of sexual abuse. In doing so, he raised hopes among the laity, especially in America and Latin America. He said all the right things or at least many of the right things. He traveled the world. Now it is increasingly obvious that he means none of it.

Pope Francis comes from Argentina. Yet the more I see of him he looks and sounds like a fat alderman from Chicago. He is slippery, evasive, and I think we all know where he is going to go. He is heading to the comfortable left, ever to the left. What he really thinks about anything I cannot say, but look at the issues that he claims move him.

Climate change, there is a political winner, and just go along with polite opinion. What is the Pope’s expertise for talking about climate change? He keeps an eye on the thermostat in his comfortable room in the Vatican. At any rate, he will never have to pay for the cost of climate change. If it is a flop, who cares? By the time the bills come due the Pope will have vamoosed to celestial parts. Also the poor, he speaks with great eloquence on the plight of the poor. But then so does a Chicago alderman or a New York City councilman. The standard issue American progressive talks about the plight of the poor incessantly. In fact, the standard issue progressive has been talking about the poor ever since the 1960s, and today there are about as many people living beneath the poverty line as in the 1960s. Nothing changes. And, oh yes, the Pope talks about world peace. He is for world peace. Has any pope spoken out on behalf of war? Possibly one or two from the Renaissance, but that was a long time ago. What action can Pope Francis take on behalf of world peace? How about putting a bumper sticker on his car?

While he is rattling on about the poor, let me point out that the only person that has affected poverty in America is Donald Trump. The president has lowered unemployment to the lowest level that it has been at in years. And for Latinos and African-Americans it is at the lowest level ever. Does Donald get credit? Not at all. He also has been a force for peace in the world, but the only thing I hear remotely related to the subject are harangues about his violent tweets.

Now we have arrived this week at the Pope’s “abuse summit.” That is to say, his sexual abuse summit. For months it looked like it would not come off at all, but we now have it. Is the Pope going to move against child molesters within the Church in a serious way? Well, he has finally defrocked Theodore McCarrick, the disgraced cardinal from Washington, D.C., but that should have been done long ago, and as George Neumayr reported over the weekend he did it after promoting Cardinal Kevin Farrell, one of McCarrick’s cronies. Farrell will now be “responsible for administering the Vatican after a pope dies or resigns and before a new one is elected,” according to the online news site Crux. That is not a very reassuring promotion.

Francis’s problem is that he faces a culture of sexual abusers in the American Church and probably in other Latin American dioceses. In America they are well entrenched. One abuser promotes another. Bishops and straight priests cover for the less savory ones. It is going to be very tricky changing a whole culture. And so the Pope takes refuge in manipulating his Vatican bureaucracy.

An insight into just how tightly controlled the culture is was provided last summer by a former Holy See ambassador, Archbishop Carlo Viganò, who traced the culture all the way back to the Vatican. He cited McCarrick’s misconduct and linked Francis and other Vatican senior persons in a web that covered-up for him. The Pope has yet to respond to questions raised by Archbishop Viganò. The pressure on the Vatican and the Pope is mounting.

Now leading citizens in America are calling for action. They are putting pressure on Catholic organizations in America and asking parishioners to hold up on donations to the Church. Their concerted action is having its effect. Donations are drying up. In some prosperous parishes they are down by as much as fifty percent. The Catholic hierarchy in America will have to take action against this culture of sexual abuse. Even the Pope will have to take action. It is time for something other than the papal bureaucracy.