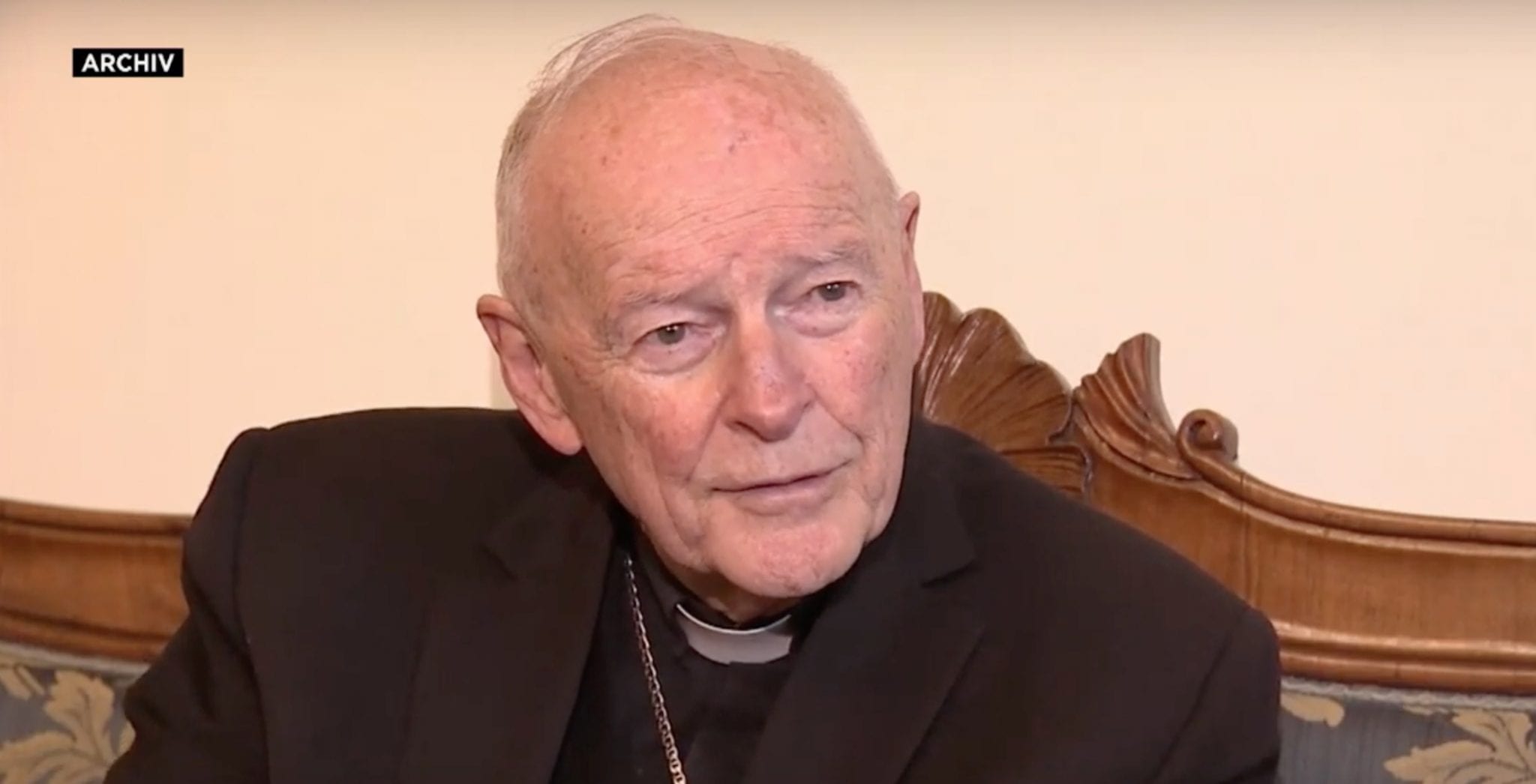 With his “abuse summit” a few days away, Pope Francis finally got around to defrocking the sexual predator Theodore McCarrick this week. The move appears to have been driven by optics more than anything else. It would have simply been too embarrassing for the pope to conduct the summit with the McCarrick matter still unresolved.

The pope’s ostensible hope in delaying the abuse summit until this year was that interest in the scandal would dissipate. It hasn’t. The pope is already signaling that the summit will yield few results. He has bemoaned its “inflated expectations.” In other words, the faithful shouldn’t expect the Church to eliminate the culture that protected McCarrick.

A sign of business-as-usual this week was that even as the pope laicized McCarrick he promoted one of his cronies, Cardinal Kevin Farrell, to the position of camerlengo. A former auxiliary bishop in Washington, D.C. under McCarrick, Farrell is widely seen as a beneficiary of McCarrick’s sinister influence. Farrell, who during that stint shared a residence with McCarrick, has never convincingly answered questions about his knowledge of McCarrick’s misconduct. The pope, who is similarly compromised, named Farrell to the post of camerlengo anyways. In that position, Farrell will be “responsible for administering the Vatican after a pope dies or resigns and before a new one is elected,” reports Crux.

Another sign of business-as-usual came this week in the form of news that the pope’s representative in France is now in McCarrick-like trouble. As the Telegraph reports:

The Pope’s envoy to France is under investigation for an alleged sexual assault on a male Paris City Hall staffer during an official event last month.

Luigi Ventura, 74, has served as the Papal Nuncio — the pontiff’s diplomatic representative — in Paris since 2009.

He is accused of molesting the man at City Hall on January 17, when the Nuncio attended a New Year’s address to diplomats, religious leaders and civil society figures by the mayor, Anne Hidalgo.

The Paris prosecutor’s office said the investigation was opened after City Hall lodged a complaint six days later. Archbishop Ventura is accused of “inappropriately touching” the man, whose identity has not been disclosed.

He was described as a member of City Hall’s General Delegation for International Relations. “The Nuncio repeatedly let his hands wander,” according to a City Hall source.

Yet even as these examples of gay predatory behavior multiply and pervade the Church at the highest levels, the pope’s summit won’t address them. It is instead focused entirely upon the abuse of “minors.” The whistle-blowing Archbishop Carlo Vigano says that the narrowness of the summit will render it ineffectual, given that much of the misconduct constitutes homosexual abuse involving not children but male teenagers and adults.

Writing in the National Catholic Register, Vigano asks the most trenchant questions:

Why will the meeting focus exclusively on the abuse of minors? These crimes are indeed the most horrific, but the crises in the United States and Chile that have largely precipitated the upcoming summit have to do with abuses committed against young adults, including seminarians, not only against minors. Almost nothing has been said about sexual misconduct with adults, which is itself a grave abuse of pastoral authority, whether or not the relationship was “consensual.”

Why does the word “homosexuality” never appear in recent official documents of the Holy See? This is by no means to suggest that most of those with a homosexual inclination are abusers, but the fact remains that the overwhelming majority of abuse has been inflicted on post-pubescent boys by homosexual clerics. It is mere hypocrisy to condemn the abuse and claim to sympathize with the victims without facing up to this fact honestly. A spiritual revitalization of the clergy is necessary, but it will be ultimately ineffectual if it does not address this problem.

Why does Pope Francis keep and even call as his close collaborators people who are notorious homosexuals? Why has he refused to answer legitimate and sincere questions about these appointments? In doing so he has lost credibility on his real will to reform the Curia and fight the corruption.

Pope Francis has sounded a defeatist note about the crisis, saying that it represents a “human problem” many institutions face. “The problem of abuses will continue,” he has said. But as Vigano points out, the causes of the crisis are not mysterious. They are well known and can be eliminated if the Church has the will to do so.

Stripping all the bishops responsible for protecting and promoting McCarrick of any power would be an obvious first step. But we know that won’t happen. Many of those figures retain powerful positions at the Vatican and in the American hierarchy and will play a role in steering the summit away from honest discussion. Cardinal Blasé Cupich of Chicago, who owes his position in part to McCarrick, according to Vigano’s testimony, is one of the summit’s principal organizers. “Uncle Ted” is gone, but his nephews remain — and they have no intention of ending the culture of homosexual decadence that kept him in power for decades.

George Neumayr
Follow Their Stories:
View More
George Neumayr, a senior editor at The American Spectator, is author most recently of The Biden Deception: Moderate, Opportunist, or the Democrats' Crypto-Socialist?
Most Popular
Sign up to receive our latest updates! Register