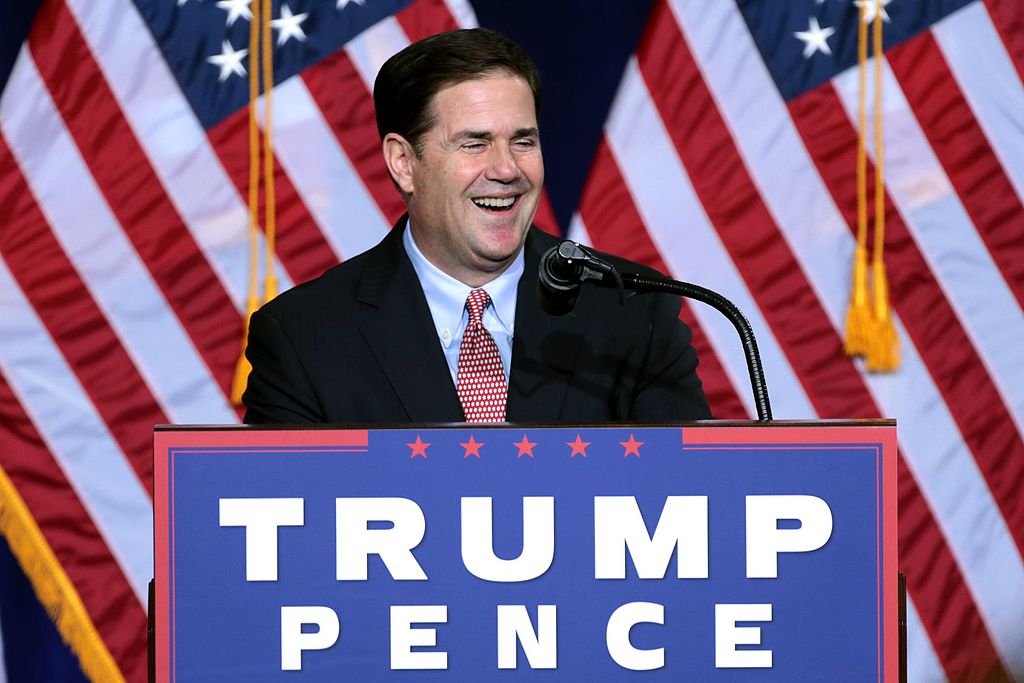 Incompetence, political weakness, and fearmongering about foreigners in search of a new home has created a cruel immigration policy. But this structural cruelty pales in comparison to the comments made by some legislators who tout their opposition to welcoming Afghan refugees to our shores after many of these refugees put their lives on the line for two decades by helping American soldiers in that war-torn country.

Thankfully, some state governors are breaking ranks with the nativists and have announced that they will welcome the Afghan refugees. “They supported our military efforts and served as translators, interpreters, drivers and more — and were instrumental in our nation’s operations and the safety of U.S. soldiers,” observed Arizona Gov. Doug Ducey. “They helped our fight to defeat terrorist organizations and defend human rights, and now their lives are in danger.” Good for him.

At the risk of coming across as ungrateful, it would also be nice to see Arizona do one more thing: Treat the refugees just like any other workers in the state. This could include extending the governor’s signature reform on occupational licensing to these immigrant and refugee professionals. In April 2019, Ducey signed Arizona’s universal recognition law, which allows professionals and workers licensed in other states to quickly obtain an equivalent license when they move to Arizona. This reform lifts much of the counterproductive bureaucracy and red tape associated with getting a license to work.

Now, that doesn’t mean that once you get to Arizona you can open up shop without having to meet any requirements. But for the most part, a person who moves to Arizona with an out-of-state license will be regarded as licensed after some paperwork, verification and maybe a test on state-specific laws and policies. This light and expedient process dispenses with the alleged safety theatrics associated with most low-skill licensing requirements. It also puts those who move to Arizona with skills and know-how to work quickly.

Unfortunately, this universal recognition doesn’t apply to immigrants or refugees. It means that those who settle in Arizona will be allowed to work, but unlike Arizonans and those who just moved to Arizona from other states, immigrants must go through the burdensome and often useless occupational licensing process to get their credentials recognized and perform their previous occupation.

Extensive academic literature on the issue shows that unfortunately, this burden often means that these professional immigrants or workers end up either unemployed or underemployed. This barrier to employment is not just unfair, it also hinders economic mobility of those immigrants along with economic growth in those states. Everyone except industry incumbents loses.

A tireless advocate for occupational licensing reform, the R Street Institute’s Shoshana Weissmann recognizes the need to fix this problem. “It’s been wonderful to see states follow Arizona’s lead after Governor Ducey enacted universal licensing recognition,” she told me. “There is so much more to do for those moving from one state to another or from another country to ours. When we put arbitrary restrictions on what jobs immigrants can perform and what credentials transfer here, we prevent people from having access to all kinds of services and prevent immigrants from succeeding.”

She observes that legislators have noticed, too. During the pandemic, some states — including New York, New Jersey and Massachusetts — let immigrant doctors and foreign medical school graduates work to varying degrees for brief periods. This model needs to be expanded dramatically.

Weissmann points to a recent attempt in Missouri to change the way that state treats foreign-trained doctors. She writes, “Missouri state Rep. Derek Grier … introduced House Bill 1211, which would allow physicians trained in other countries to work in the U.S. if certain conditions are met.” The conditions are simple, she continues, explaining that they require evidence that the physician “graduated from an international medical program that provided ‘substantially similar’ training to that required to practice in Missouri, be in good standing with their country’s licensing board, and have completed their residency in a qualified international medical program.”

The Missouri bill didn’t pass, though it enjoyed a fair amount of bipartisan support, which indicates that a growing number of people recognize that change is needed. Ducey has been a leader in occupational reform and is now standing up against nativists’ fearmongering. Will he see the need to extend universal recognition to immigrants and lead on this front, too?