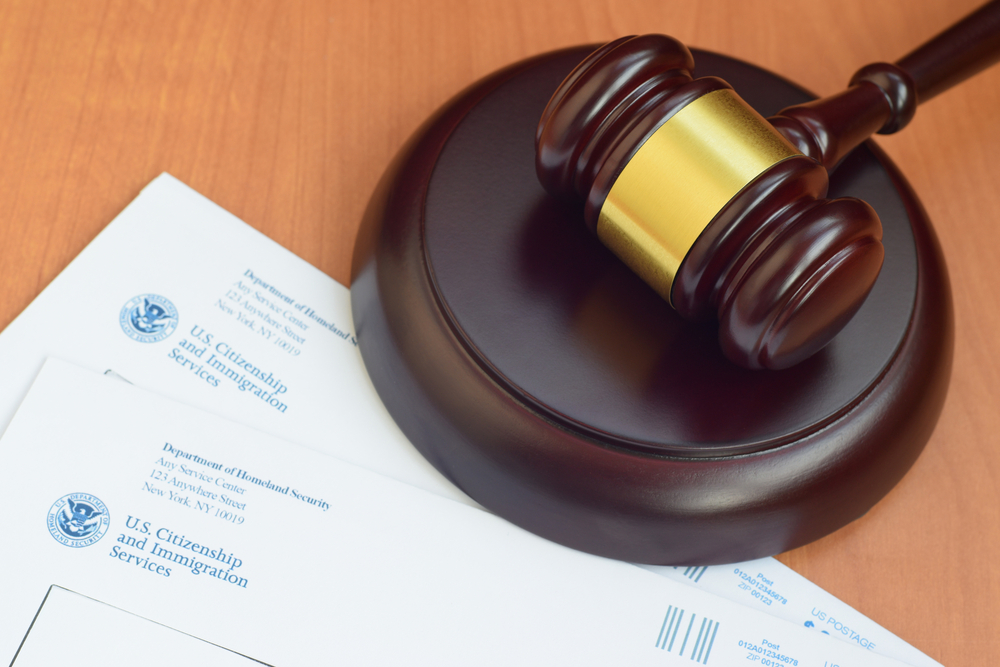 What really bothered these groups, however, was the Trump administration’s commitment to enforcing immigration law, which violated the non-enforcement ideology now in vogue among liberal elites.

In reality, it is this administration that is lawless. Literally since day one, it has disregarded key parts of the Immigration and Nationality Act (INA) that contradict evolving liberal sentiment.

Here’s an example. In State of Texas v. USA (No. 6:21-cv-00016), docketed in the U.S. District Court for the Southern District of Texas, the Lone Star State and co-plaintiff Louisiana show how the administration is contradicting Congress’s command to detain and deport certain criminal aliens.

Exhibit A-1 to Document 46 (filed May 19) is a Texas Department of Criminal Justice spreadsheet entitled “Inmates Scheduled for Release with ICE Detainers Dropped January 20, 2021 through March 20, 2021.”

A terminology primer: “ICE” is Immigration and Customs Enforcement, a Department of Homeland Security (DHS) subagency. “Detainers” are forms ICE issues to jails requesting that it hold a deportable alien (in jail in the first place for having committed a crime) for an additional 48 hours and provide advance notice of his release date, enabling custody transfer.

Exhibit A-1 includes aliens bagged for drug charges, including cocaine possession and manufacturing methamphetamine, theft of more than $2,500, and tampering with evidence. Numerous DUI offenders got detainers canceled. (More on DUI offenders later).

As Texas and Louisiana argue, the dropped detainers are consistent with the administration’s January 20 and February 18 memos effectively limiting interior enforcement to terrorists and aliens considered “public safety” threats — which the liberals who now run DHS narrowly define as convicted street gang operators and aliens with an “aggravated felony.”

So an illegal immigrant convicted of one or more DUIs is now “safe” from deportation — even if he seriously injures someone. Ditto your residential burglar and those convicted of assault and domestic violence crimes if the prison sentence is less than a year. The reason? These offenses are not considered aggravated felonies.

Elections have consequences. November’s means that Americans must endure ruinous policies over the next few years. That said, the administration’s immigration enforcement stand-down isn’t just stupid. As applied to a chunk of aliens, it’s also illegal.

As the plaintiffs note, 8 U.S.C. Section 1226(c) says that the government “shall take into custody” certain classes of aliens upon their release, including controlled substance offenders and aliens with “moral turpitude” convictions (e.g., fraud, theft, and sex offenses). This covers numerous aliens listed in Exhibit A-1.

It also means that the president is failing to “take Care that the Laws be faithfully executed,” as called for by Article II, Section 3 of the U.S. Constitution.

To be clear, the Constitution’s “take care” clause, as it’s known, makes no exception for presidents who, like Joe Biden, suffer from delusional ideologies (like wokeness) or serious cognitive decline.

In its May 18 brief opposing Texas and Louisiana’s request for a preliminary injunction of the new policies, DOJ attorneys insists that the administration has the prosecutorial discretion to not detain aliens falling under 1226(c), despite the word “shall.”

Congress has granted the executive branch significant discretion in implementing immigration laws. It removed part of that discretion in 1996 when it wrote 1226(c).

As the U.S. Supreme Court explained in Demore v. Kim (2003), Congress was concerned about the high rate of deportation hearing no-shows and recidivism by criminal aliens allowed to remain in the community pending deportation.

(Demore rejected the ACLU’s claim that 1226(c) is unconstitutional because it does not provide deportable aliens with individualized bail hearings.)

One of the Biden administration’s big lies is that it will use ICE’s limited resources to more effectively target criminal aliens who pose a threat to community safety and well-being — a lie DOJ attorneys weave into their brief opposing plaintiffs’ injunction request.

Texas and Louisiana lack standing, they say, because the administration’s policies may yield “a net reduction in crimes, and particularly in the more severe crimes that would impose additional costs on Texas and Louisiana.”

What a whopper. First, activist propaganda notwithstanding, ICE has never been in the business of engaging in widespread, untargeted “sweeps” of otherwise law-abiding undocumented aliens.

As detailed here, of the approximately 179,000 aliens removed from the interior of the U.S. in 2019, the overwhelming majority engaged in criminal activity, the balance being illegal re-entrants, hearing no-shows, false U.S. citizenship cases, and other more serious immigration violators.

Maybe DOJ legal beagles think that allowing thousands of DUI offenders to remain in the U.S. will make our roads safer by heightening motorists’ alertness. Yeah, that’s the ticket!

As news reports confirm, under Biden, ICE is deporting the fewest number of aliens on record. Agents are frustrated at having nothing to do. This obliterates DOJ’s claim — repeated ad infinitum in its legal pleadings — that it’s just prioritizing resources.

Americans are fortunate that blessedly un-woke states like Texas and Louisiana (Florida, as well as Montana and Arizona, have filed separate federal court lawsuits) are pushing back against the illegal aspects of the administration’s immigration policies.

But we need to look at the bigger picture to understand the breathtaking extent of the administration’s immigration enforcement stand-down. To help explain, I’ll briefly mention two U.S. Supreme Court decisions.

First, in Leocal v. Ashcroft (2004), the court held that DUI (even if it causes injuries) is not a “crime of violence” under 18 U.S.C. Section 16, meaning that it is not an “aggravated felony” (which incorporates Section 16 into its definition) subjecting Leocal to deportation.

However dangerous, DUIs, the court reasoned, do not involve the kind of “active violence” that make them a crime of violence.

DiMaya is an awful decision, but that’s beyond our scope. The salient fact is that DiMaya, like Leocal, was a permanent resident alien.

Permanent resident aliens enjoy a conditional right to be here and can be removed (deported) only for committing certain kinds of crimes — like an aggravated felony.

Most immigration enforcement actions, however, involve illegal immigrants — who enjoy no such right.

Which brings it all into view. At least in the sense of being safe from deportation, the administration has made the approximately 11 million people here illegally de facto permanent residents!

As the Center for Immigration Studies’ Andrew Arthur explains here, even after Obama’s DHS dramatically weakened interior enforcement in 2014, it still prioritized for deportation serious misdemeanants, DUI offenders, and other criminal aliens who now get a free pass.

From the looks of things, the administration is largely heeding the demands of the “abolish ICE” Left, to the detriment of the country.