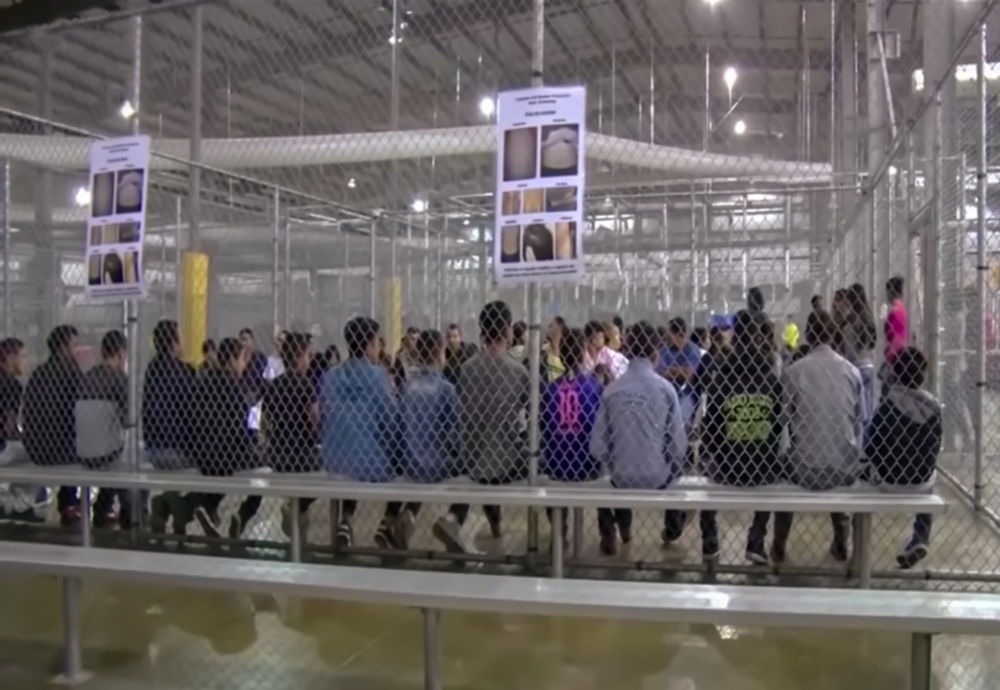 No disrespect to its border-state sponsors, Sens. John Cornyn (R-Texas) and Kyrsten Sinema (D-Arizona) and House members Henry Cuellar and Tony Gonzales (both Texans, Democrat and Republican respectively), but there are better names for the “Bipartisan Border Solutions Act.”

The “Bipartisan Band-Aid for Biden’s Border Mess” works. It’s a little long, but more descriptive than the current title.

Given the severe overcrowding at Department of Homeland Security (DHS) shelters, building four new regional processing centers along America’s southern border, as the legislation calls for, may be necessary at this point.

But new shelters and more immigration judges, which the bill would also fund, will do little to fix the border crisis.

Some background is needed. Many Americans don’t understand that a 1996 law, the Illegal Immigration Reform and Immigrant Responsibility Act (IIRIRA), would go a long way towards fixing America’s dysfunctional southern border — if the law operated as intended.

Under IIRIRA’s “expedited removal” procedures, immigration officers must remove aliens (anyone not a U.S. citizen or national) attempting to cross the border illegally — instead of allowing them to stay in the country pending their removal hearing.

In enacting the law, Congress sought to reduce overcrowding at immigration facilities and deter illegal immigrants from using weak or fraudulent asylum claims as a pretext for entry into the country.

Though vilified by anti-enforcement groups, IIRIRA protects asylees. Anyone claiming asylum gets screened by an asylum officer for a “credible fear” determination. If that determination is negative, the alien is entitled to a full hearing before an immigration judge — while remaining in custody (which is the real reason activists hate the law).

Fast forward to 2021, and IIRIRA is being applied to far fewer aliens than Congress intended. One reason, probably the biggest, is that to a large extent the southern border is effectively controlled by Dolly Gee, a liberal U.S. District Court judge in California.

In 2015, Gee handed down one of the worst judicial rulings in memory, which is saying something. She decreed that the Flores settlement, a problematic agreement entered into by the Clinton administration concerning unaccompanied minors, applies to accompanied minors.

The preposterous ruling, upheld by a Ninth Circuit panel in 2016 (which Obama’s Department of Justice was negligent in not appealing to the U.S. Supreme Court), scuttled the Obama administration’s efforts to house family units in response to the 2014–15 surge — Judge Gee ruled that minors cannot be kept in custody while their cases are evaluated, forcing the release of entire family units.

Now let’s return to the Bipartisan Border Solutions Act. In his remarks on the Senate floor introducing the bill, published here, Cornyn, joined by Sinema, said that the legislation addresses “the pull factors that encourage migrants who do not qualify under our law for asylum from even attempting the dangerous journey.”

No word on whether or not the senator kept a straight face. The “pull factor” is an illegal immigrant’s knowledge, and the knowledge of the human smugglers, that an asylum claim is an entry ticket into the country.

The Trump administration significantly negated Judge Gee’s destructive influence and other weaknesses in U.S. asylum law by its “Remain in Mexico” policy, which required many migrants to wait in Mexico until their asylum cases got heard.

As the message got out that merely claiming asylum was no longer a passcode to enter the country, far fewer migrants crossed the border. Joe Biden canceled the program, helping to bring about the current crisis.

Incredibly, some provisions of the proposed legislation would make things even worse. Under Section 3, DHS must provide any detained alien with a “complete legal orientation presentation,” provided in person, by a “nongovernmental organization” before any asylum determination.

Note that aliens already have the privilege of “consult[ing] with a person or persons of [his or her] choosing” before any asylum evaluation and interpreter services (8 C.F.R., Section 208.30), plus the ability to be represented by counsel (at no cost to the government) in hearings before immigration judges (8 U.S.C. Section 1362).

Section 4 directs DHS to establish a pilot program that, among other perks, provides “improved access to legal counsel” to migrants. It also requires the agency to work directly with nongovernmental organizations to “facilitate access to counsel.”

In its report to Congress, mandated by Section 6, DHS must assess the impact on migrants’ “civil liberties” of “expedited asylum processing programs” during the 10 years prior to the bill’s effective date — embodying activists’ complaints about IIRIRA.

Section 4 requires DHS to “take every appropriate step to ensure that each pilot program participant has a full opportunity to exercise all legal process rights afforded under law” (my emphasis) — again, the language of the Left.

As the Supreme Court observed last year in DHS v. Thuraissigiam, “an alien seeking initial admission to the United States requests a privilege and has no constitutional rights regarding his application, for the power to admit or exclude aliens is a sovereign prerogative.”

“Whatever the procedure authorized by Congress is,” Justice Samuel Alito further explained for the majority, “it is due process as far as an alien denied entry is concerned.”

The problem is that the anti-enforcement Left disagrees with this. Suppose activists petition a federal court, using the bill’s mushy language, to create new “rights” for detainees — like the right to counsel at government’s expense, for example.

More can be said about the new border bill, none of it good. One thing is certain: The leaders of the crime syndicates who are reaping the bounty of Joe Biden’s disastrous immigration policies as they transport record numbers of migrants across the border aren’t losing sleep over it.

If anything, they’re laughing.