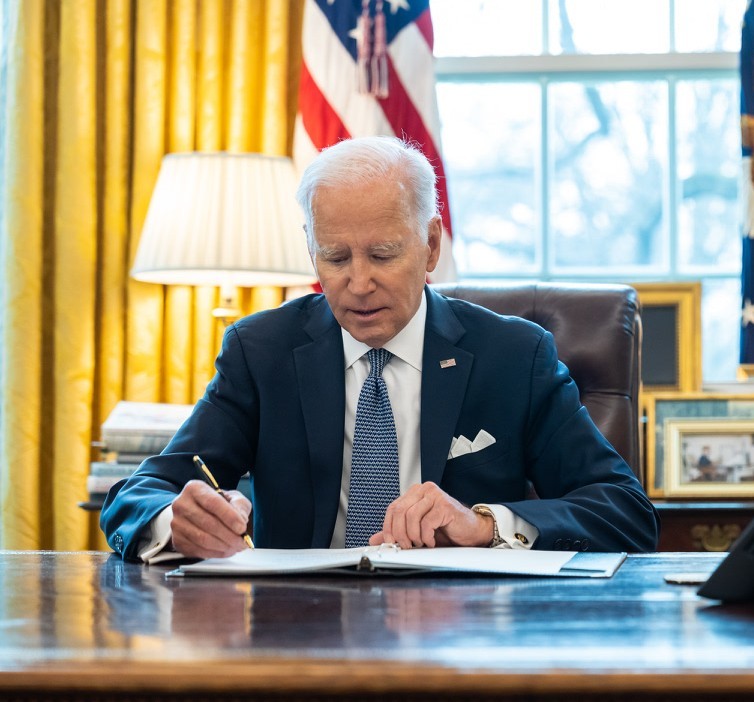 This past week, it was revealed that on Nov. 2, 2022, Joe Biden’s private attorneys found classified documents from his days as vice president at the Penn Biden Center for Diplomacy and Global Engagement — a rather peculiar name considering that Biden has been wrong about virtually every single foreign policy decision he’s made over the past half-century.

Upon the classified documents being “discovered,” they were then supposedly turned over posthaste by Biden’s lawyers to the National Archives.

Quick question. Are we supposed to believe that Biden’s lawyers just happened to be snooping around his office on a random Wednesday in early November, digging through his files without his consent or knowledge? And second, why would Biden’s attorneys be searching through his office to begin with, unless they knew that he had something to hide, such as classified documents that could be damaging to him and his corrupt son Hunter? And not just classified files that could highlight potential corruption, but documents that could be subpoenaed by the House Judiciary Committee — if Republicans were able to retake the lower chamber after the midterms, which they ultimately did.

Upon being notified about the documents by Biden’s attorneys on Nov. 2, the National Archives then contacted the Department of Justice on Nov. 4 to inform them that classified files were discovered. In other words: better for Biden’s lawyers to voluntarily hand over these unauthorized documents and claim ignorance, or carelessness, than to let Rep. Jim Jordan, or another high-ranking Republican on the Judiciary Committee, examine the contents of them.

See, they’re doing everything by the books!

On Nov. 9, the FBI subsequently opened an investigation to determine whether the classified material that was found at the Biden Center violated federal law.

So just four days before a consequential election was to take place, Biden’s DOJ “learned” that the president had unauthorized documents at his personal office, but they apparently waited until Nov. 9, one day after the election, to open an investigation — which remember is definitely not politicized at all. Why is it significant that the FBI waited until one day after the midterms to launch the investigation? Just in case any leaks of the investigation occurred, “we the people” had to be kept from knowing that the president was being investigated for mishandling classified material until after our ballots had been cast.

But the Filegate saga did not end there.

On Dec. 20, John Lausch, the U.S. attorney that Attorney General Merrick Garland assigned to review the classified documents, was told by Biden’s lawyers that a second trove of classified documents was found in Biden’s garage at his home in Wilmington, Delaware, next to his 1967 Corvette Stingray. The FBI then went to retrieve the documents, but, as far as we know, they did not ransack the president’s home, demand that his attorneys wait outside, or search through the contents of the First Lady’s underwear drawer. That kind of banana republic behavior is apparently only reserved for former presidents.

It was not until Jan. 9 that we finally learned from CBS News that Biden’s personal attorneys reported finding classified documents at the Penn Biden Center more than two months earlier. Then on Jan. 12 we also learned that one of Biden’s lawyers told Lausch that more classified documents had been found at Biden’s home in Wilmington.

The White House has not denied either report and of course has claimed that the president and his lawyers have been doing everything “by the book.”

Yes, having classified documents at two different unsecured locations — including in a garage next to an antique car — and not disclosing that the president was being investigated until it was leaked to CBS sure sounds like it’s by the book.

And what has Joe Biden’s response been? On Tuesday, speaking from Mexico City, the president said: “People know I take classified documents, classified information seriously.”

Actually, no one knows that.

Biden continued by saying, “After I was briefed about the discovery, I was surprised to learn that there are any government records that were taken to that office.”

So the man who was paid nearly $1 million by the University of Pennsylvania — despite never having taught a single class there, and the same person who said he attended Delaware State University (a historically black college), and the same person who told us his son died in Iraq, and who claimed that he never spoke to his other son about his shady business dealings, now wants us to believe that he was “surprised” that there were classified records at his personal office?

No one is buying that.

At the White House briefing on Thursday, Press Secretary Karine Jean-Pierre said on 19 different occasions that Joe Biden “takes this matter very seriously” and absurdly claimed that the White House has “been transparent.”

Maybe the only thing this White House seems to take seriously is not being forthright with the American people.