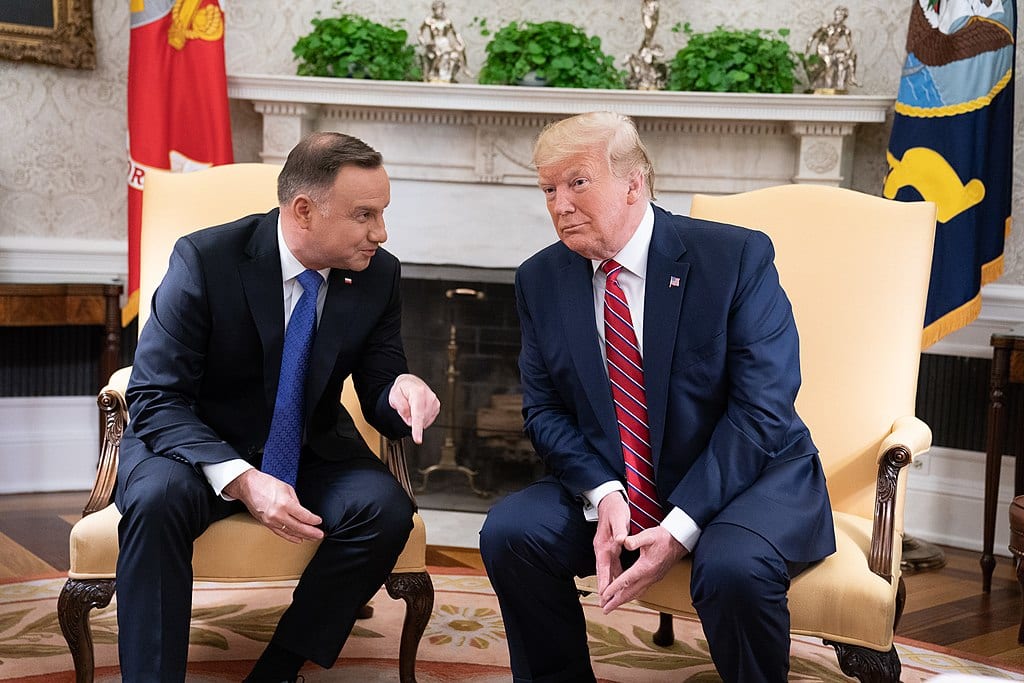 Since Poland shed its communist chains about 30 years ago it has sought to gain entrance into the U.S. Visa Waiver Program. The long wait of this stalwart U.S. ally is apparently nearing the end when, to the delight of some 38 million Polish citizens and 10 million Americans of Polish descent, U.S. President Donald Trump announced on September 23, in a meeting with Poland’s President, Andrzej Duda, that Poland’s entry into the program has been approved with only formalities to be worked out.

In a speech before the Polish American Congress in September 2016, candidate Trump promised to make it possible for Poland to become part of the VWP. His promise echoed that of his presidential predecessor, Barack Obama, who had promised to do the same several years earlier but didn’t deliver. Several previous attempts by U.S. Congress members to legislate a fix to bring Poland into the program also failed. But where others failed President Trump has kept his promise to the people of Poland and their American cousins.

Poland is a strategically important Central European nation. It has a land mass about double the size of the United States’ Georgia. The country borders Germany, the Czech Republic, Slovakia, Ukraine, Belarus, Lithuania, Russia, and the Baltic Sea. It is a European Union and North Atlantic Treaty Organization member. Moreover, Poland is one of only eight of NATO’s 28 members meeting that organization’s financial obligations.

What is the VWP? The U.S. established the VWP in 1986 primarily to facilitate commerce and tourism between friendly nations. Since its inception, the program has evolved into a security partnership with special passport and security upgrades to detect and prevent terrorists, criminals, and other mala fide actors from entering each country. There are presently 38 countries in VWP, 29 of them European. The program features reciprocal agreements allowing citizens to travel on business or pleasure without visas and no application fees between member countries for up to 90 days.

What has Poland done to gain VWP entry? Three important ingredients for gaining VWP status are national wealth, a high Human Development Index, and a low security risk. Poland scores high on each count. At $1.1 trillion, its economy is the EU’s sixth largest and the world’s 23rd greatest. The 2017 United Nations Development Report classified Poland as a “very high” Human Development Index country with its 78 years average life expectancy, 99.8 percent literacy rate for males and females, and $29,600-plus average annual income. And with its strong American ties, NATO membership, participation in the Afghanistan and Iraq military coalitions, and the general absence of radical Islamic terror attacks on its soil, Poland clearly isn’t a security threat. Moreover, it has implemented and adopted VWP-related security measures and information-sharing protocols asked of them by the U.S. government. In addition, Freedom House — an independent watchdog organization that advocates democracy and human rights and monitors the status of freedom around the world — ranked Poland in 2018 as a free country, which grants its citizens a full panoply of political rights and civil liberties and allows them to freely elect their governmental leaders.

What previously prevented Poland’s VWP entry? A provision in the Immigration and Nationality Act that requires a visa refusal rate of 3 percent or less to qualify for the program — and arguably a lack of previous presidential leadership on this issue. According to the State Department, Poland’s visa refusal rate has consistently dropped during the Trump administration to a point at which it now appears, based on President Trump’s statements and U.S. State Department action, that Poland has met the legal requirements for program admittance.

One would be hard-pressed to find a better U.S. ally and friend than Poland and its people. As America fought for its independence, it did so with major contributions from Polish generals Thaddeus Kościuszko and Casimir Pulaski. As the world faced the Cold War’s darkest days, it was two Poles, Pope John Paul II and Solidarity’s Lech Walesa, along with U.S. President Ronald Reagan and British Prime Minister Margaret Thatcher, who served as the principal catalysts for leading tens of millions out of their communist enslavement and into the sunshine of freedom. Afterward, Poles continued their tradition of standing beside their American friends by fighting and dying in Afghanistan and Iraq and supporting the U.S.-led military effort to protect Kosovo’s Muslim population. The U.S. State Department correctly describes Poland as “one of the United States’ strongest partners on the continent in fostering transatlantic security and prosperity regionally, throughout Europe, and the world.”

Lech Walesa called it a matter of “honor” for Poland to gain entrance into the VWP. And President Trump said it was an honor to make it happen for the Polish people in the United States and Poland.

The day is finally near when the U.S. government will begin treating Polish citizens the same way as it does most of their European counterparts regarding the ability to more easily visit the United States without obtaining visas and undergoing some other visa-processing requirements. And millions of Poles and Polish Americans will be grateful to President Trump for finally making it happen.

Fred Gedrich is a foreign policy and national security analyst. He served in the U.S. departments of State and Defense.