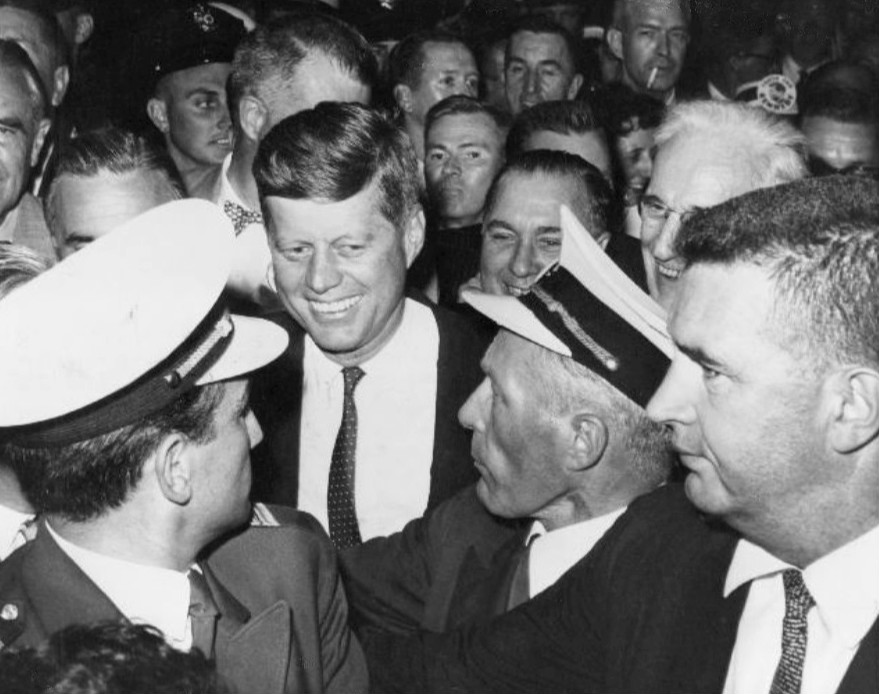 During this presidential campaign, Republicans have vigorously charged that the Democrats are trying to win the election by the using fraudulent mail-in ballots. As these charges and counter-charges are hotly disputed, some pundits refer to the 1960 presidential election that pitted Richard Nixon against John Kennedy, where Republicans claimed that the Democrat had won the contest by fraud.

These allegations on behalf of Kennedy primarily focused on the voting in Illinois and Texas. In the former, Chicago mayor Richard Daley ran Kennedy’s statewide campaign. Even before ballots were cast, Republicans asserted that there was going to be fraud, and immediately after the election, they attacked Daley for stuffing ballot boxes to assure his candidate’s victory. Daley instantly replied that if any fraud had occurred, Illinois Republicans were equally guilty of corrupt practices. Over the past six decades, others sympathetic to Democratic causes agreed with the mayor that both sides used potentially illicit means to win the state.

This rationale is without foundation. Over the last 60 years, only one historian, Edmund Kallina Jr., has attempted to determine how much, if any, fraud took place in Chicago. He concluded that Democrats had acted corruptly, but Nixon would still have lost the state by less than 1,000 votes. However, neither Kallina nor anyone else evaluated possible criminal behavior in any of the precincts.

In addition, the day after the election, Kennedy told his friend and future Washington Post editor Ben Bradlee that Daley had told him that he had won Illinois by fraud, and every major Daley biographer agreed. The Illinois Democratic chairman after the election, furthermore, informed the chief counsel of the Kennedy campaign that he had not found any evidence of fraud committed by the Illinois Republican Party.

As for fraud in the Texas election, Republicans alleged that Lyndon Johnson had won the state employing corrupt practices. Democrats countered that there was no concrete proof of fraud, and they were correct. Texas was a one-party Democratic state where there was no law that guaranteed Republican poll watchers, and Democrats denied them that opportunity. During the past six decades, no one has published any article evaluating the voting to prove or disprove accusations of corruption.

Liberal historian Robert Dallek, in his massive two-volume Johnson biography, devoted a significant portion to the outrageous amount of fraud in LBJ’s defeat in the 1941 special senatorial election and his victory in the 1948 senatorial race, where he won by 87 votes, earning the nickname “Landslide Lyndon.” As to the 1960 presidential election, Dallek never addressed fraud in his narrative, confining it to the next to last footnote in the book. In it, he used Arthur Schlesinger Jr., a Kennedy apologist, and Leon Jaworski, Johnson’s personal attorney, to dismiss fraud. Randall Woods in his Johnson biography scrutinized fraud in both Johnson senatorial elections while dismissing any question of fraud in the 1960 presidential election in a single sentence.

Johnson’s principal biographer, Robert Caro, disagreed. Much of his second volume focused on the corruption in LBJ’s senatorial campaigns, and in his fourth volume, he unequivocally pronounced that Johnson directed the outcome in the 1960 presidential election using fraudulent practices. Ronnie Dugger, a Texas political correspondent who reported on Johnson’s career and wrote an early biography, labeled these methods “competitive corruption” that Democratic politicians had routinely exercised for years. If Nixon had won both Illinois and Texas, he would have been elected president.

Ignoring these authorities, progressive historian David Greenberg has written about the 1960 presidential election since the Gore v. Bush 2000 election, where he compared how Nixon and Gore handled their defeats. In “Was Nixon Robbed?” and several other iterations on the same theme, he came to the predictable conclusion without any substantial archival research that Nixon lied about not being involved in the challenges to the fraud in Illinois and Texas.

This October, Greenberg resurrected his argument in “The Time Nixon’s Cronies Tried to Overturn a Presidential Election,” where Nixon pretended not to be involved in supporting the fraud allegations, and his “top aides and the Republican Party, almost certainly with Nixon’s backing, waged a campaign to cast doubt on the outcome of the campaign.” He reiterated the charges of corruption in Illinois and Texas were insignificant. Those themes are without merit. Corruption in both states was abundant in the 1960 presidential election.

Both the 1960 and 2020 presidential elections, however, have one constant. With the current degree of polarization, this election has turned into a crusade in which political operatives from both parties will be encouraged to see that their candidate is triumphant by employing any means necessary. Charges of corruption even before the balloting have surfaced over mail-in voting. If the past is prologue, attempts at corruption certainly are plausible.

Irwin Gellman has written two widely acclaimed volumes on Richard Nixon: The Contender and The President and the Apprentice. Next year, Yale University Press will publish Race of the Century: Kennedy, Nixon and the Election of 1960.