by George Parry
The Supreme Court Chamber in the Pennsylvania State Capitol building in Harrisburg (Shutterstock.com) 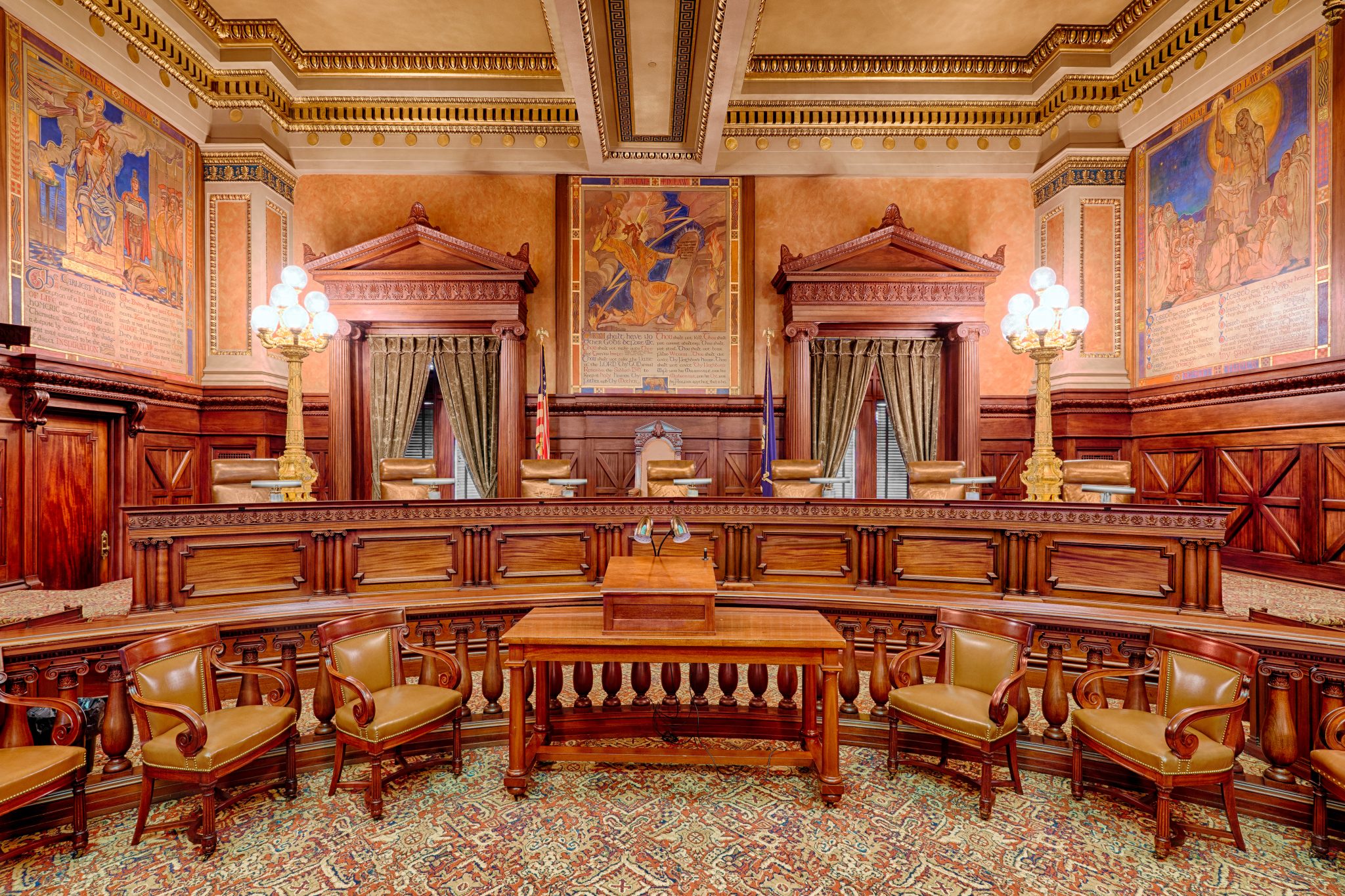 Recently on the Sean Hannity Show, pollster Robert Cahaly of the Trafalgar Group predicted that President Trump would win reelection. As you may know, Trafalgar was almost alone in correctly predicting Trump’s  2016 win.

With so many mainstream polls showing Biden–Harris ahead, what accounts for Trafalgar’s contrarian position? According to Cahaly, the other pollsters are refusing to either recognize or factor in the very real “shy Trump voter” phenomenon. As explained by Cahaly, these voters “aren’t straightforward when it comes to these polls.” In short, Trump voters, who have been subjected to ridicule, condemnation, and threats, are not about to tell strangers — including pollsters — that they support Trump.

In his interview, Cahaly told Hannity, “I think that the states that we had before [in 2016] for Trump — Florida, Arizona and North Carolina — are still there. I feel like Michigan is a win right now.”

But when it came to Pennsylvania, a key battleground state, Cahaly said that Trump needs “to get further along than he is. I think he’s going to need to win Pennsylvania by four or five [percentage points] to overcome the voter fraud that’s going to happen there.”

Cahaly’s prescient observation demonstrates that he is a master of understatement. Given Pennsylvania’s recently decreed rules for receiving and counting mail-in ballots, there may be no percentage of honest votes large enough to overcome the voter fraud already underway in the Keystone State. These new rules have been put in place by a Democrat majority (Pennsylvania judges are elected) on the state supreme court. In addition to allowing mail-in ballots to be received and counted up to three days after the statutory Election Day deadline, the new judicially conjured rules for processing mail-in ballots can be boiled down to this aphorism: no postmark, no matching signature, no problem!

You read that right. Here in Pennsylvania, our state supreme court has mandated that a mail-in ballot received up to three days after Election Day must be counted and cannot be rejected merely because it is not postmarked by the statutory Election Day deadline or bears a signature that doesn’t match the one on record for the purported voter.

Care to guess how many such unverifiable ballots will mysteriously turn up after Election Day?

In September 2020, by a 4-3 majority decision, Democrat justices on the Pennsylvania Supreme Court ordered that mailed ballots received up to three days after Election Day must be counted if they were postmarked on or before November 3, 2020. In addition, the majority required election officials to presume that any ballot received by the extended deadline that lacks an intelligible postmark was “mailed by Election Day unless a preponderance of the evidence demonstrates that it was mailed after Election Day.”

The Pennsylvania GOP immediately made an emergency application to the U.S. Supreme Court for a stay of the state court’s mandate. The application stated, in part, the following:

Nevertheless, the decision of the Supreme Court of Pennsylvania forces officials to count ballots received up to three days after Election Day even if they lack a legible postmark or any postmark at all. This is an open invitation to voters to cast their ballots after Election Day, thereby injecting chaos and the potential for gamesmanship into what was an orderly and secure schedule of clear, bright-line deadlines. Pennsylvania’s statutorily enacted and orderly election-related deadlines were the product of federal law, the Pennsylvania General Assembly’s bi-partisan deliberations and negotiations, and duly enacted state laws. In a year where there is a very real possibility that the final presidential election result hinges on Pennsylvania, the new rules imposed by the decision of the Supreme Court of Pennsylvania (a body elected in partisan elections) could destroy the American public’s confidence in the electoral system as a whole.

On October 19, 2020, Chief Justice Roberts (the surprise savior of Obamacare) joined with the court’s liberals to produce a 4-4 tie. Although Justices Alito, Thomas, Gorsuch, and Kavanaugh would have granted the Republicans’ application, the tie meant that the stay was denied.

Then, on October 23, 2020, the Democrats on the Pennsylvania Supreme Court upped the ante by ruling that election officials must accept and count mail-in ballots even if the signatures on them don’t match the signatures on file for the purported voters. Under the ruling, the ballot signatures will be presumed to be authentic, and it will be up to those challenging the signatures to produce evidence rebutting that presumption.

On October 25, 2020, the Pennsylvania Republican Party filed another emergency application to the U.S. Supreme Court arguing that Article II, Sec. 1, Clause 2 of the U.S. Constitution provides that “[e]ach State shall appoint in such Manner as the Legislature thereof may direct, a Number of Electors.” Reasoning that the election is the means by which electors are selected, the Republicans argued that any changes to that process must be made by the legislature, not the state courts.

The next day, Amy Coney Barrett was sworn in as an Associate Justice of the U.S. Supreme Court. This raised the hope that she would join the court’s conservatives in granting a stay. But she recused herself from considering the emergency application since she would not have sufficient time to analyze the issues raised before Election Day. So, once again, the state court ruling will stand for now.

So, where does this leave us? The Democrats on the state supreme court have effectively stripped Pennsylvania election officials of any practical way to challenge mail-in ballots of whatever provenance before they are counted. Consequently, the outcome of the presidential election will come down to a post-Election Day “knife fight” (to borrow Steve Bannon’s apt metaphor) in which Republicans will be forced to produce evidence to rebut the judicially imposed presumption that any and all mail-in ballots are legitimate. But, when dealing with untold thousands of non-postmarked ballots, what kind of evidence can practically and timely be adduced to prove that they weren’t mailed on or before Election Day? Or that ballots presumed valid despite mismatched signatures were not signed by the purported voters? And who will decide if these presumptions have been rebutted by the evidence in any given case? The Democrat Secretary of State? The Democrat majority on the Pennsylvania Supreme Court? And what chance is there that the U.S. Supreme Court will act after the fact to invalidate the votes made pursuant to the rules that prevailed at the time they were cast?

Former Speaker of the House Newt Gingrich has tweeted that “Pennsylvania Democrats are methodically changing the rules so they can steal the election. It is amazingly open, dishonest, ruthless and will work unless the state (especially Philadelphia) is flooded with law enforcement.”

I hate to break the news to Newt, but under Pennsylvania’s new rules, law enforcement neither has the tools nor stands a chance of stopping the fraud. So it is that the ultimate outcome of the presidential election may come down in the final analysis to the last-minute rewriting of Pennsylvania’s election laws by four Democrats on the state supreme court.