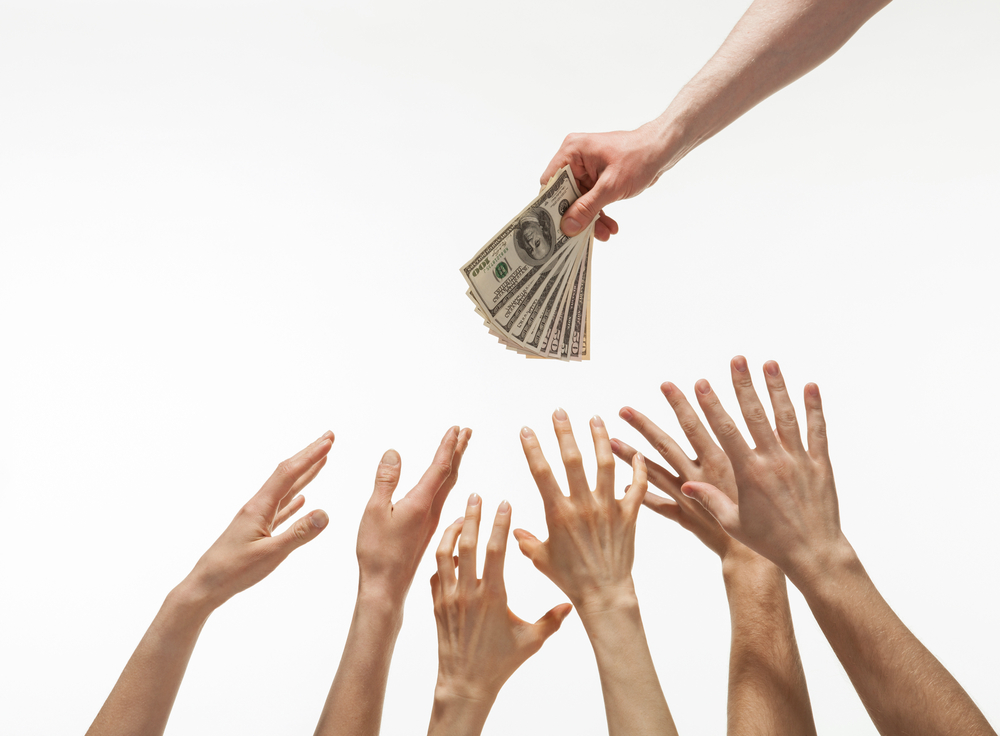 California’s legislative analysts and Capitol staffers do a remarkably thorough job summarizing proposed bills in their publicly available reports, but it’s still unusual to see them cite the work of free-market economists. It’s obvious why. Almost every new measure emanating from our progressive Legislature would expand the size of government and limit the role of the private sector.

In its report on legislation to create a “universal basic income” (UBI), the Assembly Committee on Human Services quoted from Stanford University’s Basic Income Lab. Such proposals “were very much alive in the early second half of the 20th century — including through figures like Martin Luther King, Jr. and Milton Friedman” as a way to deal with wealth inequalities, it explained.

As has been reported widely, the Legislature has passed by overwhelming bipartisan majorities the first-in-the-nation statewide basic income plan that would give direct cash payments to a targeted group of Californians. In this case, the primary recipients are recently emancipated foster youth.

That’s a worthy group in need of help, and the bill is a limited pilot program. But there’s no doubt that lawmakers have grand designs for this idea — and are building off of local pilot projects that started in Stockton and spread to a few Bay Area cities.

UBI is a terrible idea, and it’s not entirely accurate to put the late Nobel economist on the side of such proposals.

In the 1960s, Friedman proposed the negative income tax, which is a variant of these kinds of “universal basic income” proposals. “Friedman acknowledged that some form of welfare was necessary in capitalist societies and that the state would likely play a role in its provision,” explained Guy Sorman in a 2011 article in City Journal.

“The trick was to imagine a very different, radically improved, and more efficient form of welfare,” Sorman added. “This direct cash grant would replace all other welfare programs for the poor, which, Friedman rightly observed, were generating a huge bureaucracy and extensive welfare dependency.” Ever the creative thinker, Friedman was looking to dislodge the current bureaucratic system with market-oriented alternatives.

Progressives have rediscovered these direct-payment ideas as Americans have softened up to the notion of direct payments after more than a year of COVID-19 shutdowns. Some free-marketers have reluctantly supported those payments simply because the government forcibly shut down people’s private businesses and jobs. Those direct payments were akin to compensation for a taking, but few of us argue that it’s an ideal situation.

These guaranteed-income ideas — whether offering direct, unrestricted cash payments to targeted groups or to broader swaths of society — embrace the easy half of what Friedman had proposed and then conveniently ignore the tougher half. He wasn’t advocating a vast expansion of welfare payments — but replacing the gargantuan social-services bureaucracies with a system that was simpler, less costly, and encouraged individual responsibility. This idea serves as a useful thought experiment, but it wasn’t to see what was coming.

For instance, Senate Bill 739 explains, “To the extent authorized under federal law, the universal basic income provided by this project shall not be considered income or resources for purposes of determining eligibility to receive benefits or the amount of those benefits under the follow public social services, programs and financial aid.” That following list is extensive and includes most of the existing programs available to Californians.

Clearly, this proposal would offer a payment on top of everything else and wouldn’t replace anything. California’s vast array of public employees needn’t fear for their jobs. The private foundation that funded the Stockton Economic Empowerment Demonstration (SEED) that jump-started these UBI discussions a few years ago was also clear about its objectives: “We at SEED firmly believe that unconditional cash must supplement, rather than replace, the existing social safety net. As such, SEED took a series of steps, based on conversations with legal counsel, social service administrators, and other cash transfer pilots, to protect against potential benefits losses.” Obviously, this is about expanding the welfare state, not reforming it.

Certainly, private foundations can do as they choose, but this program offers the blueprint for taxpayer-supported programs such as the one approved by the Legislature. SEED and others have touted their success stories, but it’s not surprising that people who receive extra monthly cash are happy about their improved financial situation.

The problems are obvious. Small pilot programs aren’t going to impose major financial commitments on state and local governments, but they also aren’t going to boost the economic prospects for many people. California has the highest cost-of-living-adjusted poverty rate in America. There’s not enough money in Sacramento to make a dent in poverty this way.

UBI sends the wrong message. As the Orange County Register opined, “It’s wrong to condition an ever-expanding swath of Americans to look toward the government for their sustenance. Employers already struggle to find sufficient workers because of generous COVID-19-related stimulus checks.” These programs “provide immediate help — but dissuade people from getting the job skills that will improve their long-term economic prospects.”

Some support for UBI comes from Bay Area tech leaders who, as that Stanford report quoted by the Assembly notes, “fear that automation may displace workers from the labor market at unprecedented rates.” In that case, UBI attempts to buy social peace by providing cash rather than opportunities to low-skilled workers. We can do better than that.

California’s progressive legislators continually drive up the cost of doing business through their endless tax increases and regulatory requirements, and they drive up the cost of living (especially housing) and destroy jobs with similar policies. Then they bemoan growing poverty rates and try to compensate with a series of additional handouts.

Universal basic income is a dangerous trend — and its supporters should not pretend that their current plans have anything to do with free-market principles.