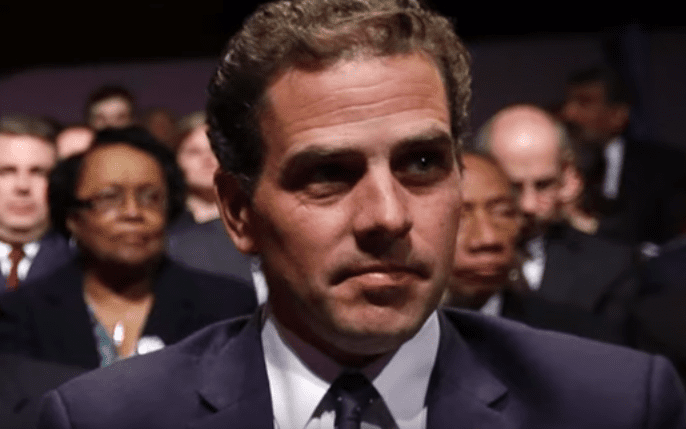 The impeachment hearings buried the lede.

The scandal involves Donald Trump not withholding aid to Ukraine but releasing it. Why does the United States give any money, let alone billions, to a kleptocracy? In a hearing hearing thousands of questions, this one went unheard.

Transparency International ranks Ukraine as the most corrupt European nation save for Russia. The worst individual malefactor also happened to own the company that paid Hunter Biden millions to sit on its corporate board. Like so many instances of graft, pennies invested became dollars protected. Hunter Biden came cheap.

“In the spring of 2014, the Ukrainian government, the new government after the Revolution of Dignity, turned to partners, particularly the U.S. and the UK, to try to recover tens of billions of dollars of stolen assets,” the State Department’s George Kent testified during the impeachment hearings. “The first case that we tried to recover that money came from Mr. [Mykola] Zlochevsky.” Kent noted that after an unnamed figure unfroze seized Zlochevsky assets “that money went poof” and estimated “stolen assets” amounting to tens of billions of dollars “were in the name of the owner of Burisma, Mykola Zlochevsky. He was the one who we believed had stolen the money.”

That same year, when Zlochesky faced the very first anti-corruption case under the new, pro-Western regime, his company named Hunter Biden, who eventually pocketed millions from the position, to its board. Two years later, a prosecutor investigating Burisma lost his job after pressure from Hunter Biden’s father. “I said, ‘I’m telling you, you’re not getting the billion dollars,’ ” Biden later boasted of his threats to Ukraine’s leaders. “I said, ‘You’re not getting the billion. I’m going to be leaving here in’ — I think it was about six hours — I looked at them and said, ‘I’m leaving in six hours. If the prosecutor is not fired, you’re not getting the money.’ Well, son of a bitch — he got fired.”

Some quid pro quos are more equal than others.

In the bestselling Secret Empires: How the American Political Class Hides Corruption and Enriches Family and Friends, Peter Schweizer notes the observation of Foreign Affairs that “No one in the United States government has wielded more power over Ukraine than Vice President Joe Biden” Biden made regular calls to the country’s president and took five trips to Ukraine between 2014 and 2017. The last of these visits, made just days before Biden left office, followed big news. “Four days before Biden arrived,” Schweizer writes, “Burisma made a dramatic announcement: the Ukrainian criminal investigations into the company and its founder had been ended by Ukrainian government prosecutors.”

Another oligarch, Ihor Kolomoisky, associated with Burisma somehow made $1.8 billion in International Monetary Fund aid to Ukraine disappear after it entered his PrivatBank. That five of the 19 listed U.S. aid programs in Ukraine explicitly mention fighting corruption as the aim or a main aim seems an irony lost on the bureaucrats administering the assistance. Granting aid to corrupt regimes to fight corruption tends to exacerbate corruption.

Foreign aid often serves as a philanthropic-sounding euphemism that masks self-dealing. American elites give other Americans’ money to foreign elites often under the guise of providing it to the people of the recipient nation. In return, American elites — or, in most cases, their immediate family members — profit from business deals in recipient nations with state-sponsored, state-created, or state-favored enterprises. This scenario occurred with Hunter Biden. And given the domestic outrage over Russia attempting to influence U.S. politics, the Biden influence over Kiev surely rankled many Ukrainians.

At home, so many in the political class cast a threat against their interests as a sin against the Constitution. Even if political motives nudged Trump’s interest in an investigation, corrupt conduct characterized Joe Biden’s glaring conflict of interest in Ukraine. Ukrainian interests fleeced Western taxpayers (and Ukrainian citizens). Joe Biden’s son profited handsomely.

During the impeachment hearings, witnesses (and journalists) carefully insisted Hunter Biden’s strange emergence as a Ukrainian corporate overlord for a corrupt energy company merely risked appearing as a conflict of interest given his father’s power over the country. Witnesses (and journalists) who rushed to decipher Donald Trump’s use of “Burisma” as code for “the Bidens” saw nothing impure in the actions of Hunter Biden, a man best known for a Naval discharge for popping positive for cocaine and for cheating on his brother’s widow by impregnating a twenty-something Arkansas woman. Like Billy Carter, Roger Clinton, and other compromised souls with famous last names on which to trade, Hunter Biden retained his most valuable asset after losing so much else. But do believe that he’s not the type of guy to profit from his father’s office. Believe it just because.

Willie Sutton said he robbed banks because that’s where the money was kept. Foreign aid makes for an easier, and more lucrative, mark. And when your next of kin serves as your bagman, lawmen and wanted posters do not enter into the cost-benefit analysis.