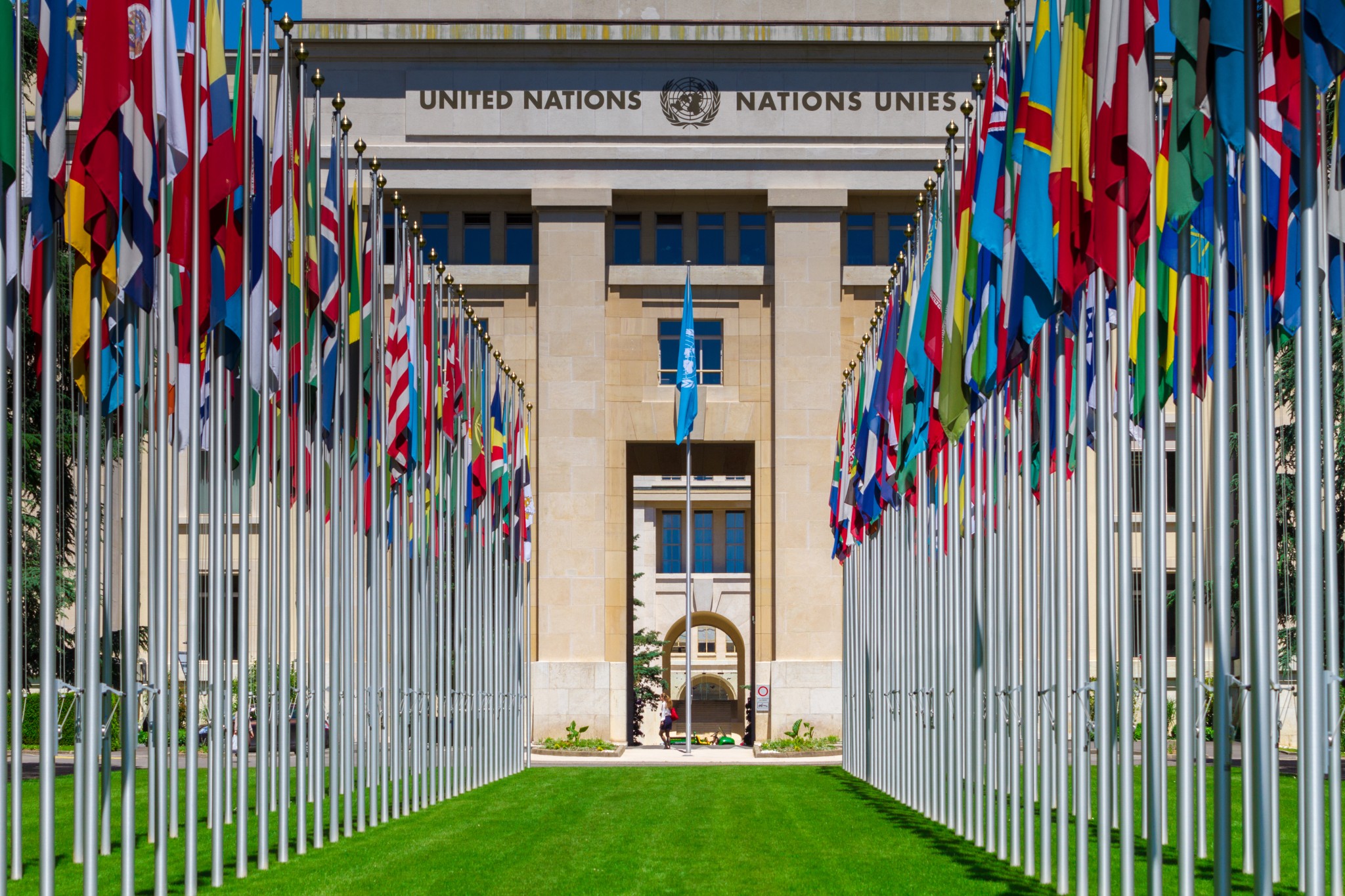 United Nations human rights experts submitted a brief in the Dobbs v. Jackson Women’s Health organization case, in the first ever interference by a UN mechanism in the court’s proceedings, and arguably in violation of the UN Charter.

“The United States would contradict international human rights law by overturning its established constitutional protections for abortion access,” the experts surmise in their brief to the court. Abortion is “necessary for women’s autonomy, equality and non-discrimination” under human rights law, they argue.

The intrusion provides the U.S. Supreme Court with an opportunity to wade into an area of law it generally lets the Congress and the president deal with. It certainly presents an opportunity — if not a strong likelihood — for liberal justices to thrust the issue into the limelight during oral arguments on December 1. It may also provide the motivation necessary for conservative justices to defend U.S. sovereign prerogatives on abortion policy, especially since the Biden administration and the State Department don’t seem to think it is something important.

Indeed, UN experts could come to regret their intrusion in U.S. domestic abortion debates if the conservative majority on the Court decides to weigh arguments about international human rights law during the final disposition of the Dobbs case. A text-based legal interpretation of U.S. obligations under international law can only yield one result. International law does not establish a human right to abortion in any circumstance, either through treaty obligation or by custom, as I have argued in Public Discourse.

The UN experts do not cite a single sentence of binding treaty law in their brief to support the contention that abortion is an international right. Instead, they argue that the opinions of UN experts, over time, have replaced or modified the obligations of the U.S. government under binding international human rights law. Such UN expert opinions, of course, are not binding. But the sheer volume of recommendations that abortion is an international right from UN mechanisms seems to belittle this technicality. There are over 400 instances of UN mechanisms telling countries to repeal or liberalize their abortion laws over the last 25 years. Over three-quarters were in the last decade.

The Center for Family and Human Rights, C-Fam, the organization I work with at the United Nations, has asked the Supreme Court to declare that abortion is not an international right in an amicus brief in the Dobbs v. Jackson Women’s Health Organization case. The brief proves how children in the womb were never excluded from the right to life in international law under the International Covenant on Civil and Political Rights, which the U.S. government has promoted since 1948. C-Fam’s brief in the Dobbs case shows how the executive branch of the U.S. government has held this view under both Democrat and Republican administrations despite the bad precedent of Roe v. Wade. The lengths to which the Biden administration is promoting abortion internationally is entirely new and it is an anomaly.

The interference of UN mechanisms in U.S. abortion politics is something the justices should carefully consider in deciding whether or not to pronounce themselves on human rights law. Declining to consider the issue altogether would not just open up the Court and the nation to accusations of ignoring fundamental human rights questions, it would also mean that the Court declines to exercise its responsibility to declare what the law is, ultimately giving free rein to foreign powers and international organizations to decide what the obligations of the U.S. government are under international law.

It is not the first time that UN “experts” have meddled in U.S. domestic abortion politics, nor will it be the last. The U.S. is the country that has received the most official communications from the UN Working Group on Discrimination Against Women, and they all ask the U.S. to further liberalize U.S. abortion laws and policies. Similarly, the UN Human Rights Committee, the UN Rapporteur for the Right to Health, the UN Rapporteur Against Torture, and other UN mechanisms have interfered at the state and federal level to promote abortion as an international right.

The hundreds of recommendations from UN mechanisms promoting abortion, carefully summarized in the UN experts’ brief to the U.S. Supreme Court, are not the fruit of a piecemeal application of international human rights treaties by impartial arbiters. They are the fruit of a conspiracy by the abortion industry and their supporters at UN headquarters to weaponize the UN human rights system against the unborn. The scheme involves the capture both of UN human rights bodies and UN special procedures by the abortion industry, as has been documented repeatedly by my colleagues at the Center for Family and Human Rights and the European Center for Law and Justice. Now the conspiracy has reached the Supreme Court.

Even foreign governments are now pressuring the U.S. government on its abortion laws and policies through the United Nations. In the 2020 Universal Periodic Review of the U.S. human rights record at the Human Rights Council in Geneva, 14 countries (Australia, Austria, Canada, Denmark, Finland, France, Iceland, Luxembourg, Mexico, Malaysia, the Netherlands, Norway, New Zealand, and the United Kingdom) called on the U.S. to “ensure access to sexual and reproductive health” and to “remove restrictions” on abortion funding in U.S. law and policy. They were referring chiefly to the Helms Amendment, which has barred the use of U.S. taxpayer funds to foreign organizations that perform abortions abroad since 1973, and the Mexico City Policy. Sadly, breaking with the example of both the Trump and Obama administrations, which rejected similar attacks on U.S. sovereign prerogatives outright, the Biden administration has welcomed these attacks as well-founded.

Conservatives Ignore UN Abortion Influence Peddling at their Own Peril

Conservatives like to laugh about this kind of thing, confident that the United States’ tradition of self-government will quash this international influence-peddling. The recommendations of these UN mechanisms are not binding on nations, they will claim. And technically, they are right. Except, they are wrong to underestimate the international system and the very real political and diplomatic influence it wields. The way the entire world marched in lockstep into the wholesale abrogation of civil rights and scientifically unproven health policies to address the COVID-19 pandemic in the past two years has proved this abundantly. The influence of UN mechanisms reaches far into the government bureaucracies and legislatures across the world, including our own.

The Democratic Party is working in lockstep with international human right mechanisms to enshrine their non-binding recommendations in U.S. legislation. This year, they introduced already two pieces of legislation that cite the views of UN experts about a supposed human right to abortion, the Women’s Health Protection Act, and the Reproductive Rights are Human Rights Act. And there isn’t much standing in the way of the adoption of this kind of legislation, other than a couple of red state Democrats. So, there is very little to laugh about when UN human rights mechanisms engage in mischief of this kind.

Even if much of their output is not binding and has a mainly hortatory role, UN mechanisms are established pursuant to the UN Charter and have varying degrees of diplomatic and legal standing, as the UN experts are careful to point out in their Supreme Court. UN agencies, governments, non-governmental organizations, and academics across the world view the UN human rights system as an authoritative interpreter of human rights obligations. Abortion advocates cite the opinions of UN experts as evidence of the emergence of an international right to abortion and foreign courts increasingly take the bait. The Supreme Court of Mexico judicially established a right to abortion in the majority Catholic country in September largely based on these pronouncements from the UN system, following the example of courts in Argentina, Chile, Colombia, and Brazil.

There is a strange irony here. Even as pro-lifers labor to return the prerogative over abortion to the American people, international bureaucrats plot to take it away permanently. The Supreme Court must defend the sovereign prerogatives of the American people and declare that protections for children in the womb in federal and state law have been and continue to be consistent with U.S. human rights obligations.

Stefano Gennarini is the vice president for legal studies at the Center for Family and Human Rights (C-Fam) in New York. The views expressed in this article are the author’s and are not necessarily the views of C-Fam.