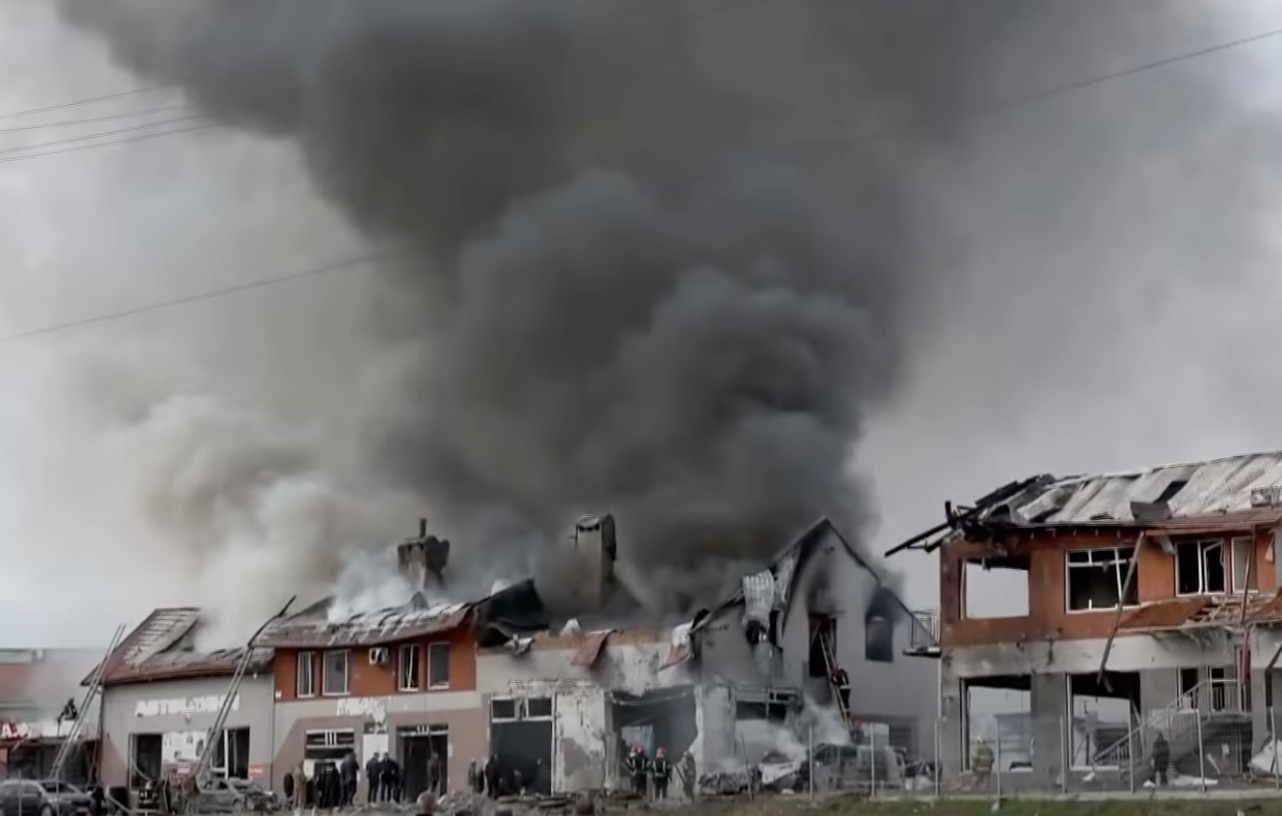 At least seven are dead and a further 11 have been injured following a Russian missile strike on the western Ukrainian city of Lviv on Monday. These are the first reported deaths in the city since the war began, as it has remained relatively unscathed from the fighting up until now. Monday’s attacks come amid a deadly expansion of the war and as Russian forces seemingly prepare for a new offensive in the Donbas region of Eastern Ukraine.

In a conference Monday, Lviv Mayor Andriy Sadovyi said there are now “no safe or unsafe locations in Ukraine,” as the Russian missiles struck not only military targets, but also a civilian garage. Ukrainian military officials reported that five missiles struck around the city, including near the train station where shell-shocked citizens have been arriving as they flee the fighting in the east. Anna Khrystiuk, a volunteer inside the train station at the time of the strike, said Monday, “It was panic. Many people were from Kharkiv and other places and they were so afraid of rockets already. They thought that it was safe to stay here.”

Many residents were shocked by the bombardment. Lviv’s mayor noted in his Monday conference that “People are relaxed, the sun is shining [and] people can have coffee outside,” and explained that he understood the false sense of security that had been shattered by the missile strikes. However, the city has not avoided the war entirely, as a military base outside the city was hit in March by Russian missiles, as was a fuel storage site and tank repair facility.

Lviv was not the only target of Monday’s Russian missile strikes. Russia’s defense ministry boasted of strikes on hundreds of military targets across the country overnight and claimed to have destroyed 16 Ukrainian military facilities in the Kharkiv, Zaporizhzhia, Donetsk, and Dnipropetrovsk regions and the port of Mykolayiv. Moscow justified the renewed aerial bombardment as retaliation for supposed Ukrainian strikes on Russian territory. It could also be speculated that the strikes were vengeance for the recent sinking of their flagship, the Moskva.

Officials in Ukraine and the West have placed special attention on the Donbas region to the east, where it appears a renewed offensive by the Russians may take place. Russian forces have shifted positions from areas north of Kyiv and Belarus towards Kharkiv and the Donetsk and Luhansk regions, which have seen fighting since 2014. The goal of this movement likely is to take control of the territories still held by Ukrainian forces in the Donetsk and Luhansk regions.

An unnamed U.S. senior defense official reported in an April 11 briefing that there has been a significant buildup of Russian forces in and around the Donbas region. Open-source imagery shows a column of vehicles heading towards the eastern city of Izyum, north of Donetsk and Luhansk. As of April 11, the column remained outside the city, but defense officials have determined these vehicles to be part of a command-and-control element, or support battalion. The presence of a column with such capabilities is “an early effort by the Russians to bolster their presence and their capabilities in the Donbas,” according to the official briefing.

The report also showed that at least 60 Russian battalion tactical groups, each with an estimated 800 to 1,000 troops, have been deployed from Kherson in south-central Ukraine to the northeast through the Donbas, reaching all along the neighboring Russian border.