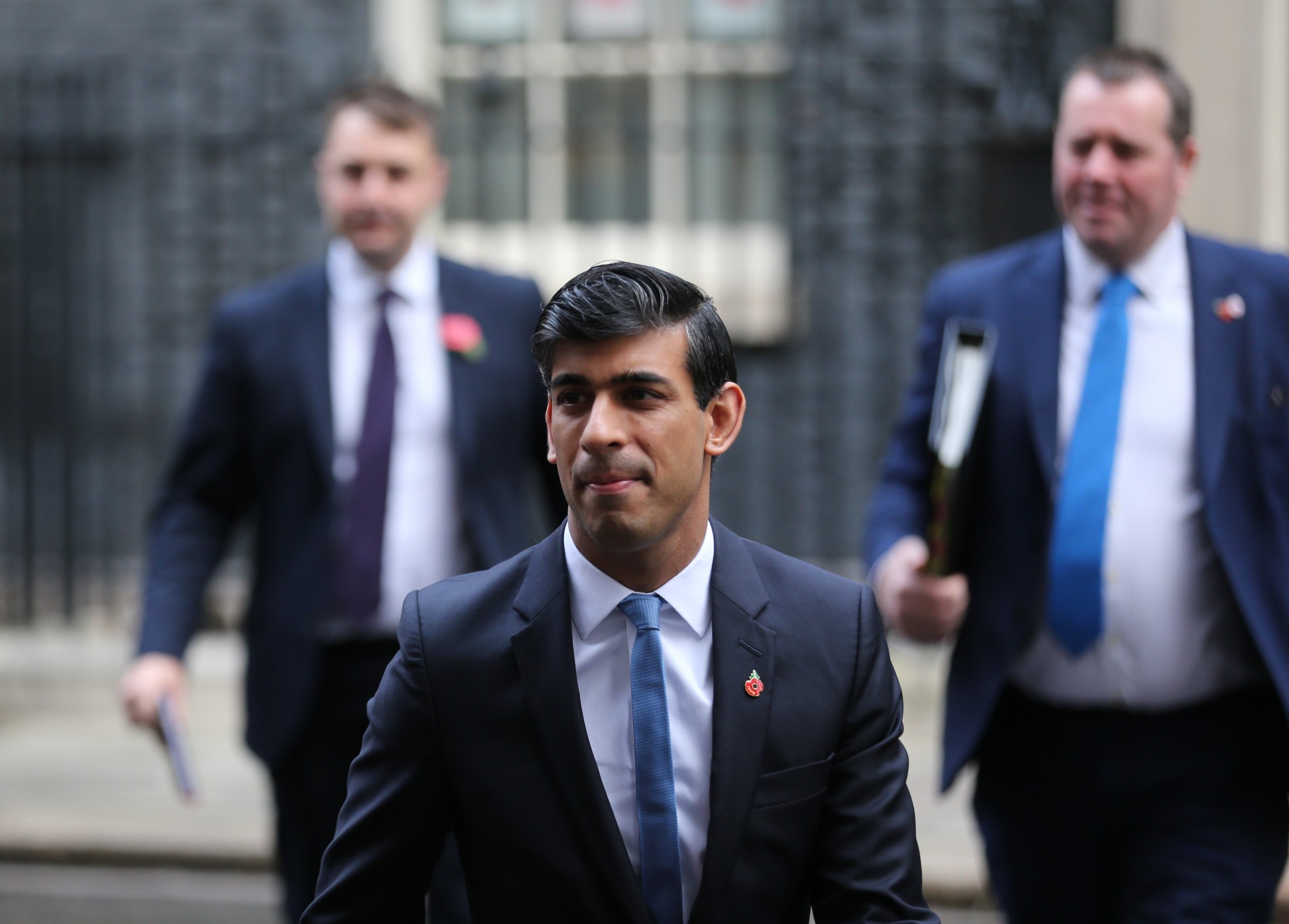 We’re not the only nation that will hold a significant election in the next couple of weeks. As we inevitably drift into our preelection solipsism, we should at least pay attention to the elections in the United Kingdom and Israel and to what’s going on eight months into Russian President Vladimir Putin’s war in Ukraine.

U.K. politics is in the seemingly everlasting turmoil that resulted from “Brexit,” the kingdom’s exit from the European Union. The Conservative Party, having ejected Boris Johnson three months ago over some minor scandals, elected Liz Truss to the prime minister’s job, as they were required to do by the U.K.’s parliamentary system of government, having won the last general election. Truss proved redundantly that slogans don’t make for competent government and resigned after her back-and-forth tax cut suggestions roiled financial markets and depressed the pound.

For a while, it seemed as though Conservatives might elect Johnson leader again, which would have been a lot of fun for political analysts.

Johnson is a bit like former President Donald Trump. He’s often a loose cannon, liked by many and hated by about an equal number. He was a principal proponent of Brexit, for which many in his own party never forgave him. He is still being investigated for one of the small scandals of his tenure, holding parties during COVID lockdowns.

Like in the U.S., the biggest question in the U.K. is how to resuscitate its economy. The pound is weak, the EU is still making trade with Northern Ireland more than difficult, and — like the rest of Europe — the U.K. is facing big inflation and fuel shortages this winter.

Johnson is certainly better known than his principal competitors for the prime minister’s job. House of Commons Leader Penny Mordaunt was, perhaps, a more solid choice than Johnson but seemed to be everybody’s second or third choice. Johnson’s former chancellor of the exchequer, Rishi Sunak, is better known.

On Sunday, Johnson announced that he would not run for the prime minister’s job again, and, on Monday, Mordaunt also quit the race. By the time you read this, Sunak should be the U.K.’s prime minister.

Sunak will face economic instability caused by inflation, fuel shortages, and major strikes. Sunak is a wealthy and relatively young (42 years of age) former hedge fund manager. He was a spokesman for Brexit and is regarded as very sharp intellectually. Nevertheless, he will have a very tough time. The same people — the Liberals and the “wet” Conservatives — who blocked much of what Johnson wanted to do will do the same for Sunak. He is in for a very rough time. The outlook is for the U.K.’s continuing political weakness.

The outlook in Israel is just as bad. Israeli politics have been in a constant state of turmoil for almost a decade, largely caused by increased settlements in the West Bank, uncertainty in relations with Presidents Barack Obama and, now, Joe Biden, and fear of Biden’s renewal of Obama’s 2015 nuclear weapons deal with Iran.

As if to prove that instability, the nation will hold its fifth election in four years on Nov. 1. That election may see the return of Benjamin Netanyahu, who was tossed out in June 2021 after a dozen continuous years as prime minister.

Israeli politics is a combination of America’s and Britain’s. Power is divided among several parties on the right and the left, including Arab parties. Coalitions usually have to be formed in order to get enough votes for a winning candidate to govern. Coalitions are fragile things and can fall apart on short notice. Because there are only 120 seats in Israel’s Parliament, only one or two members can mean the difference between a functioning coalition and none at all. (READ MORE: How Israel’s Government Collapsed as Biden’s Soon Will)

Netanyahu is highly controversial, to say the least. In his dozen years in power, he was the strongest opponent of Obama’s 2015 nuclear weapons deal with Iran. Several influential defense establishment Israelis fervently oppose Netanyahu for that reason alone. His relationship with Biden is not good, traceable to an incident in 2010 when he announced new settlements in the West Bank while Biden — a strong opponent of new settlements — was in Israel, embarrassing Biden.

Moreover, Netanyahu is on trial for corruption. The trial, which began in 2020, has been plodding along. There were rumors that Netanyahu sought a plea bargain months ago, but they seem to have died out when the judge refused the prosecution’s motion to revise the indictment. If Netanyahu becomes prime minister, the trial will be put on hold — again — until he is out of office.

The only conclusion we can reach at this point is that two of our most important allies — the U.K. and Israel — will continue to be politically weak for the foreseeable future. Which makes it easier for people such as Putin, Chinese President Xi Jinping, and the ayatollahs in Iran to make significant trouble.

As the Wall Street Journal reported a few days ago, Iran’s involvement in Ukraine supposedly jeopardizes its engagement with the West. Iran’s economy, already damaged by sanctions imposed by Trump, had more sanctions imposed on it by the European Union because of its support for Russia in Ukraine.

Biden, to his credit, has been supplying weapons to Ukraine for months. But in doing so, he is dangerously drawing down U.S. stocks in weapons such as the Javelin anti-tank missile and the Stinger anti-aircraft missile without replacing them.

The answer is not, like House Speaker wannabe Kevin McCarthy says, to reduce our commitment to Ukraine. The answer is to rebuild our stocks of munitions as quickly as possible. Biden, clearly, won’t do that. Meanwhile, the growing isolationist feeling among Republicans and conservatives needs to be eradicated.

Iran’s economy is largely controlled by the ayatollahs through the IRGC’s dominance over about one- to two-thirds of it. It survives largely on the basis of oil sales to China and India. While Biden pursues renewal of the 2015 Obama nuclear weapons deal, Iran has enriched uranium to about 60 percent. It’s a small engineering effort to further enrich that uranium to 90 percent, enabling it to produce nuclear weapons.

Adm. Michael Gilday, chief of Naval Operations, said last week that China could invade Taiwan by 2024. Xi, reelected to a hitherto constitutionally prohibited third term as president, in his opening speech to the Chinese Communist Party’s congress, again threatened to rejoin Taiwan to China by force.

All this adds up to a very bad national security outlook for the next two years or more. Weakened allies, depleted munitions stocks, and a president whose mental capacity diminishes daily add up to increased prospects for war in Taiwan and elsewhere, and a bigger war in Ukraine. With Biden, there will be no U.S. action to oppose either.

On Nov. 6, we’ll turn our clocks back from daylight saving time. I wish I could turn mine back to about 1983, when we had a tough, competent president and allies who cared about what he said and did.