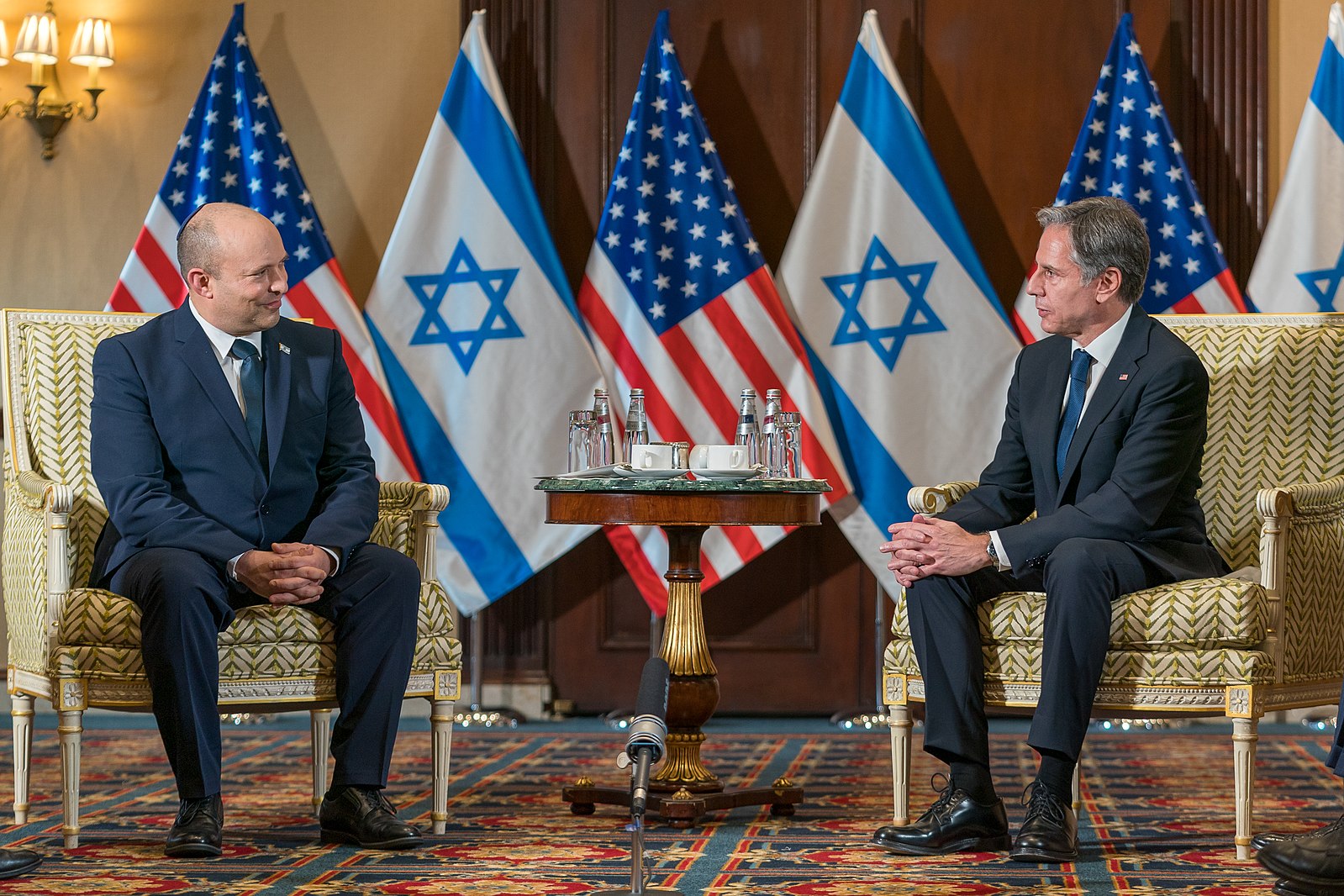 There often is an eerie similarity between the politics of America and Israel. That is because:

1. Both countries are model Western democracies.

2. In both countries, the voters trend towards traditional values but compromise, accepting what they are offered. Thus, most Democrats are liberal but vote for extreme radicals and “progressives” when that is the choice offered, and Republicans vote for RINOs like Nixon-Ford, Dole, the two Bushes (not even worth a bird in the hand), McCain, and Romney when that is all they are offered.

3. Both countries are dominated by an activist mainstream news media that, with the fewest of exceptions, comprise a leftist monopoly that mostly has abandoned objective journalism. In America, think: ABC, CBS, NBC, PBS, CNN, MSNBC, the New York Times, and the Washington Post. In Israel, Channel 11 (“Kan”) is the leftist PBS public TV, Channel 12 (“Keshet”), Channel 13 (“Reshet”), the Jerusalem Post, Maariv, and Yediot Achronot tend to cover or ignore news in order to promote a left agenda in cahoots with each other. In America, the key exceptions are Fox News and the Wall Street Journal editorial page. In America, thanks to one right-wing zillionaire (Rupert Murdoch) we have the exceptions. In Israel, the exception is Israel Hayom thanks to one right-wing zillionaire (the late Sheldon Adelson). In America, the Associated Press distributes left-oriented news. In Israel, it is Walla! and the Jewish Telegraphic Agency (the leftist JTA).

4. In both countries, once-revered policing agencies have gone leftist, working hand-in-hand with the political and media leftists. There are two tiers of justice. Thus, in America, Hillary spoliated evidence, destroying thousands of emails comprising evidence in a federal criminal investigation, lied about a Russian collusion she fabricated, and was part of setting up a massive corrupt criminal case in cahoots with the FBI that should have arrested her, as it did Martha Stewart for destroying email evidence. Instead, Hillary’s campaign funds were funneled through the prominent law offices of Perkins Coie, which actually set aside an office for Michael Sussmann to conduct FBI business, and Perkins Coie/Sussman used that Hillary money to hire Fusion GPS, which used that Hillary money to pay Christopher Steele to compile his dossier. In time, Attorney General Jeff Sessions recused himself from investigating and instead hired Robert Mueller who found nothing, so Mueller handed the investigation to Rod Rosenstein, who found nothing but suggested invoking the 25th Amendment against Trump anyway. To this day, former FBI director James Comey never has been charged, nor has Hillary — and Sussmann has evaded justice after a trial before a jury that included Hillary donors and supporters. But Michael Flynn wrongly was arrested just for doing his job and lost his home paying for attorneys, all while Roger Stone and Peter Navarro were arrested, movie style, with shackles and chains by the FBI, now discovered to be corrupt at its highest levels. In Israel, its attorney general hates Benjamin (“Bibi”) Netanyahu and fabricated all sorts of charges against him, charges that never were crimes in Israel, and police arrested possible witnesses in the middle of the night, further pressing them to testify as demanded by drip-drip leaking sensitive personal information obtained through bugging approved by a court that was misled. In America — the FISA court.

5. In America, out of pure personal hatred, many right-wing Republicans are so “Never Trump” that they vote Democrat, with all the destruction that they know it brings. In Israel, out of pure personal hatred, many right-wing voters are so “Never Bibi” that they vote and coalesce with people who hate them, hate Jews, and hate Israel, with all the destruction they know it brings.

The one difference is that we have a two-party system, in which a pest can offer an additional choice. So Democrats probably lost Florida in 2000 because of Ralph Nader’s party, and Republicans lost at least one Senate seat out of Georgia while fools wasted their votes on Libertarians. By contrast, Israel inherited from the British, who ruled over “Palestine” from 1917 to 1948, a multi-party parliamentary system. Because Jews are so opinionated, that system typically draws 20 or more parties. There is a party on the ballot for followers of a deceased rabbi. A “Pirates” party. You name it, there’s a party contending for that. Therefore, to make some order out of chaos, Israel also has a rule that any party failing to garner 3.25 percent of the total votes cast does not get into the Knesset (Israel’s Parliament, akin to our Congress). Consequently, some ideologically similar parties polling around one or two percent each sometimes make deals to run together as one slate so that they beat the 3.25 threshold.

Presently, 13 parties made the cut last year for Israel’s 24th Knesset. Inasmuch as the Knesset comprises 120 seats, each party is allocated its share based on the percent of votes it got in the election. So if a party gets 30 percent of the total votes cast, after throwing away the wasted votes, it gets 36 seats. In order to govern, it needs a majority of 61 seats, so the parties horse-trade after the election: We will vote for your stuff if you vote for ours. The parties (and their number of seats) include:

Shass — focuses on religious concerns of Sephardic Jews hailing mostly from Arab countries in North Africa that expelled 800,000 Jews in the 1940s and 1950s (9)

Blue and White — Liberal, left-center, headed by Benny Gantz, who wants to be prime minister (8)

Israel Is Our Home party — Politically right-wing Russian and Ukrainian immigrants who are anti-religious. Their leader, Avigdor Liberman, is “Never Bibi” (7).

In all, some 72 seats reflect right-wing voters. But …

Sa’ar won’t accept Bibi as prime minister. Neither will Liberman, the Russian who lives in Judea-Samaria. So Netanyahu could cobble together only 59 seats. Then things got dirty. Naftali Bennett, the head of Yamina, who had promised his voters, on TV, even signing a document to that effect, that he never would coalesce with left-leaning parties like Lapid’s Yesh Atid and the Arab lists … broke his word and after some horse-trading, he agreed to sit with the leftists and one of the Arab parties in order to create a “unity” government of 61 seats — in return for being prime minister even though his party got only 6.21 percent of the vote.

This arrangement managed to hold together for one year, pass a budget, defend Israel from Arab terrorists— Hamas and Hezbollah — and run an economy with extremely low inflation. But that coalition also necessitated conceding to many leftist demands. Half of Bennett’s voters have abandoned him. At least three of his party’s Knesset members have quit the coalition, as has one of Liberman’s Russians and one of Meretz’s leftists, leaving him with only 55 seats. So he cannot pass any more legislation.

It is a mess. The Knesset has voted to disband, and Israel will hold its fifth election in three years, trying to break the logjam.

Why? Because two right-wing parties would rather sit in coalition with leftists and extreme leftists, and Arabs focused on destroying Israel, than sit with Bibi.

Remind you of George Bush lying after “Read My Lips — No New Taxes”? Or just like the Never Trump crowd who voted for Hillary and Biden, knowing full well that their animus would contribute to inflation, higher oil gas prices, critical race theory in the schools, a chaotic foreign policy, and massive jumps in street crime — and even a shortage of baby formula?