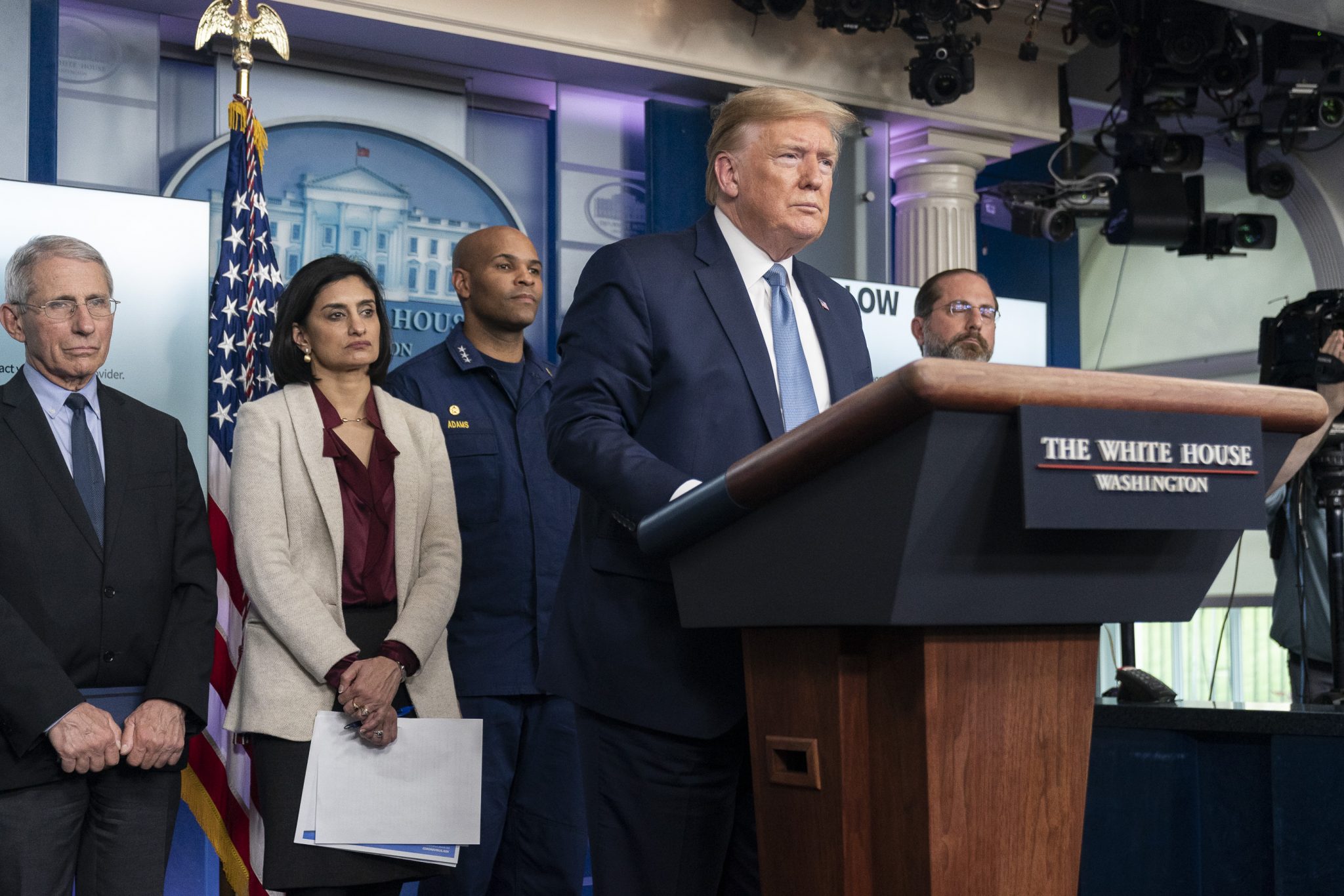 Both Plato and Aristotle feared mass democracy because its smooth-talking agitators could easily whip up popular passions and lead an unsophisticated mob into fury and blind obedience to the tyrant they were promoting to save them.

For the past three years, progressive intellectuals and media have depicted President Donald Trump as that tyrant even with little evidence after multiple investigations by his opponents and by the government itself. Yet, when the coronavirus struck, these same critics derided him for the opposite — for not exercising absolute control over the country’s private institutions and local governments. They demanded a single national solution to regulate everyone.

In his first policy test, the president showed no interest in authoritarian control. Standing up to the inflamed media mob, he properly put the coronavirus threat in context. He compared the numbers of deaths from coronavirus, even in its then-epicenter in China, as in the low thousands, compared to the Center for Disease Control (CDC) estimate for U.S. influenza deaths at 20,000–50,000 cases per year. He refused to shut down the nation’s economy to contain the virus, suggesting that could make the cure worse than the disease and that states were better placed to meet the different conditions in our very large and diverse nation.

The yellow journalism storm hit hurricane strength when Fox’s Tucker Carlson told the Trump base that America would end unless the president came forward with a comprehensive national plan. Even then, President Trump’s next proposals were moderate. They mostly loosened government rules restricting private medical responses and still emphasized federalism and decentralization. But in the face of the media blizzard and Congress’ belief that spending trillions was the only way to “do something,” all Washington agreed on the need to throw trillions of their borrowed money at the crisis and exert drastic new controls. The executive finally accommodated to this panic. Even then, he expressed hope that extreme controls would last only for a limited time, setting the restrictions for 15 days.

This, for me, recalls Rudyard Kipling’s criteria for true leadership:

If you can keep your head when all about you
Are losing theirs and blaming it on you,
If you can trust yourself when all men doubt you,
But make allowance for their doubting too;
If you can wait and not be tired by waiting,
Or being lied about, don’t deal in lies,
Or being hated, don’t give way to hating,
And yet don’t look too good, nor talk too wise …

President Trump is emerging from this crisis as this type of leader. Even his accommodations seem to pass the Kipling test by making allowances for others’ panic and waiting for the proper time to act. There certainly is a pandemic, and action is necessary. But trillions of dollars in grants and everyone restricted to their home has high costs to all concerned, and so the situation needs less exaggerated news coverage and more careful consideration of the real facts:

The only possible solution is President Trump’s insight that there are two pandemics, one for health and another for the economy, and that “we can do both.” In a recent two-hour press conference, in which he answered every question from the media, the president was repeatedly asked if he would promise to obtain the approval of National Institutes of Health infectious diseases chief Dr. Anthony Fauci before reducing or ending his coronavirus restrictions. The president responded each time that he had great trust in Fauci and the other national experts and listened to them. But he told them a president must look at all aspects of governance and listen to the economic experts, too. The job of a president is to make decisions among different expertises, and that is what he would do.

The president likewise reiterated that states would still be able and allowed to act where necessary beyond the few national rules. Many states have no fatalities and few who have contracted the virus. Only five states represent 72 percent of national fatalities, with New York and Washington state alone with almost half of the cases, mostly in their large cities. There is no national solution, and the states would be wise to allow local governments to adopt different policies, as well.

Gallup’s most recent poll finds 60 percent or more of the public supporting health institutions, local and state governments, and even President Trump for the way they have responded to the coronavirus threat, with only the media having a majority disapproving their actions.

All in all, an exemplary presidential performance as Trump has mastered the Kipling-promised public doubt and refuses to give way to ideologically driven hate, while keeping his head as all about him were losing theirs.