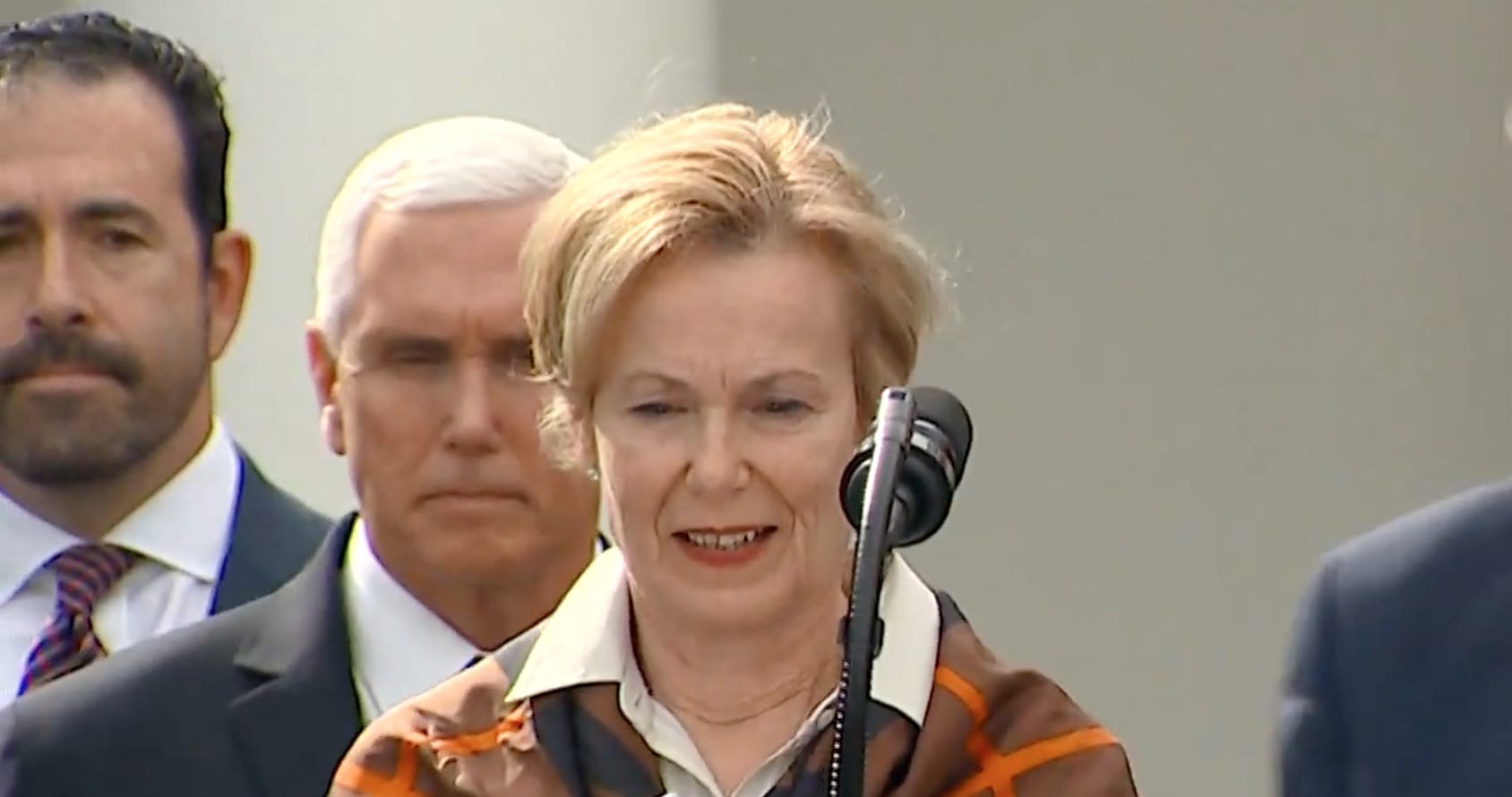 The coronavirus is reminding everyone that you cannot rely on government and that ultimately it is the private sector that will provide the solutions. Many non-medical government officials and members of the media are predicting massive cases of COVID-19 and death, when in fact no one can predict the outcome. What we do know is that government has created a full-blown national panic, when at this point the normal flu season is far more deadly.

Decentralization is critical to a functioning society but often precluded by federal regulations.

The Washington Post reported the following about the Centers for Disease Control:

The problems started in early February, at a CDC laboratory in Atlanta.

A technical manufacturing problem, along with an initial decision to test only a narrow set of people and delays in expanding testing to other labs, gave the virus a head start to spread undetected — and helped perpetuate a false sense of security that leaves the United States dangerously behind.

Tests begin with the CDC to ensure quality, which is exactly the wrong approach. It assumes the government can outperform the best medical industry in the world. Even at this hour the CDC has failed, shipping test kits that are defective.

The CDC does not have a solution, but it also becomes the classic blocker to progress. Labs cannot act without a lengthy approval process from CDC and the FDA. These government controls violate the principle of subsidiarity (problems should be solved at the lowest level possible). Ultimately care is provided by local hospitals, care facilities, and labs.

South Korea’s rapid testing allowed for early treatment and containment of the virus. These test kits were created in three weeks. Many labs in the U.S. could have solved the test kit problem but were restrained by the FDA and CDC. The South Koreans offered to help us, but was the CDC listening? Evidently not.

At the president’s request on Friday, America’s robust private sector, including Walmart, Walgreens, CVS, Roche Laboratories, and LabCorp, came up with a solution for mass testing. Roche has received fast-track FDA approval for its COVID-19 diagnostic test. This testing will be done on a drive-through basis in parking lots. This minimizes contact and allows for mass testing of thousands across the country. The more Americans are tested, resulting in a lower death rate percentage, the more the testing will have a calming effect on our citizens.

Americans consider regulators and government to be sacrosanct, but in fact government agencies are slow and often fail us. Think of the Federal Aviation Administration (FAA), which allowed Boeing engineers to bypass basic engineering standards, resulting in the crash of two Boeing 737 Max airliners and the grounding of 900 planes around the world.

We all know that any time we expect service from the government, it will be slow and painful as compared to the private sector, which is mostly fast and courteous. In spite of some minor shortages, due to hoarding, the private sector is supplying us with gas, food, prepared meals, medical supplies, and health care.

The coronavirus crisis must cause us to rethink government. The Trump administration has restricted new regulation and reduced arcane strictures, which has resulted in a booming economy. It is absolutely true that most private industry can be trusted because the alternative for poor or unscrupulous providers is failure. Private industry can be sued and suffer financial decline, unlike government, which simply demands more money for poor performance. Business or individuals that commit fraud are subject to civil and criminal penalties.

The federal government spends 21 percent of our national GDP. All federal spending comes from business and citizens. This restricts their ability to allocate those funds to their families and to spur economic growth. American entrepreneurs are excellent capital allocators, creating the jobs and technologies that keep us safe and allow a very high standard of living for most citizens.

In spite of enormous federal deficits, every protected class of workers and business expects the government to bail it out during a crisis, from airlines and cruise ships to government workers. We will now witness a litany of spending, beginning with $8 billion for the coronavirus, moving to a $50 billion pork-laden House bill, and a third spending bill coming from Treasury.

This system is grossly unfair, as working-class individuals and small businesses do not get paid when businesses shut down.

It’s time we heed the advice of President Ronald Reagan: government is the problem, not the solution.

The welfare-warfare state is not only consuming a large portion of our national income, but, worse, it is also spending far beyond its means, creating debt now surpassing $23 trillion, compared to under $6 trillion in the year 2000.

The solution is to reduce federal spending to 18 percent of GDP, which will downsize or eliminate many counterproductive agencies and allow American business and individuals to perform and innovate.

If you are unconvinced, think of Walmart now offering ultra-low-cost medical services, along with a host of competitors, including CVS and Walgreens. Gas is very cheap because of our fracking industry. An abundance of high-quality food is available from thousands of grocery stores, restaurants, and now there is home delivery from many sources.

Americans are hard-working, resilient, and innovative. The time has come to unleash this talent to create a higher living standard and solutions to the most perplexing national challenges.

Bob Luddy is President and Founder of CaptiveAire.