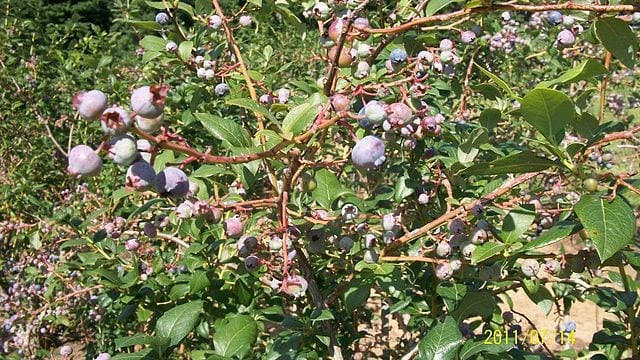 I was in the fresh produce aisle of a grocery store by the ocean last week in Sea Isle, in the store’s section with cherries and local blueberries, putting two one-pint plastic containers of blueberries in my cart, when a woman standing next to me who was squeezing the peaches started complaining about food inflation.

“Two small containers of blueberries for $5.98,” she said. “It’s outrageous.”

Also inflationary and clearly more unaffordable for many is the price of weekly house rentals on this barrier island. Back in the 1970s, not a period in ancient history, we paid $70 per week to rent half a duplex a few short blocks from the ocean — ten dollars per night, less money than the price of two Philly cheesesteaks with a two-liter bottle of Pepsi.

This year, in contrast, we’re the landlords and our tenants pay $7,000 per week in season for the side we own of an oceanfront duplex —$1,000 per night, 100 times more costly per night than the rental price we paid for half a duplex in the 1970s, and more money per night than the menu price for two dinners of combination kabobs of filet mignon and lobster chargrilled on a skewer with onions, peppers and tomatoes and served with pita bread, lemon-oil salads with feta cheese, and rice pilaf.

Drawing on a relevant portion of my background in economics, I introduced a bit of analysis of President Trump’s policies on labor, borders and immigration into the conversation we were having about the inflated price of blueberries, along with7 some supply, demand and standard price theory.

“If the price of blueberries seems high now,” I said, “wait until Trump’s continued attack on immigration produces even larger shortages of labor on Jersey’s blueberry farms. Less labor on the farms means a smaller crop size and that shrinking supply will unavoidably cause higher prices.”

I then felt that the example of the increasing shortage of blueberry pickers this year should be expanded down the beach to Baltimore and the worsening shortage of people this year who are available to spend their days picking the meat out of crabs.

“It’s already $25 for a good crab cake with lump crabmeat at moderately priced restaurants,’’ I mentioned to the price conscious shopper who had previously complained about the $5.98 price for two pints of blueberries.

“With nearly half of the biggest crab processing facilities in Baltimore currently cutting production because of the severe shortage of immigrant labor, it shouldn’t be a surprise if the price of a high quality crab cake doubles to $50 this year.”

An article by reporter Scott Dance in the Baltimore Sun on May 3, 2018, “Crab crisis: Maryland seafood industry loses 40 percent of work force in visa lottery,” explained that “nearly half of the Eastern Shore’s crab houses have no workers to pick the meat sold in restaurants and supermarkets.”

The cause of this labor crisis in the crab industry — both the severe shortage of required workers and the company bankruptcies that are sure to follow — is directly due to U.S. government mismanagement and the Trump administration’s ill-planned anti-immigration policies that produced a labor shortage crisis and the subsequent anti-business situation that has inevitably developed.

The crab businesses, increasingly being shuttered, “failed to get visas for their mostly Mexican workforce, including many women who have been coming north to Maryland for crab season for as long as two decades,” explained reporter Dance. “The Trump administration for the first time awarded them this year in a lottery, instead of on a first-come, first-served basis.”

Harry Phillips, owner of Russell Hall Seafood on Hoopers Island, supplied an entrepreneur’s perspective and a business owner’s pragmatic analysis. “This is going to cause the price of crab meat to go out of sight,” he said. “There’s not going to be hardly any Maryland crab meat. It looks like it’s a matter of time before they’re going to shut all of us down.”

In the 1980s, Dance writes, “crab houses started bringing workers from Mexico through a program that lets them live and work in the United States during the warmer months and then return home in the winter, when watermen are prohibited from crabbing. But crab house owners say these are now the most dire circumstances they have ever faced.”

Bill Seiling, director of the Chesapeake Bay Seafood Industries Association, was both succinct and annoyed in his summary of the overall situation as it has declined into a crisis stage just as the crab season began. “Companies that have been relying on this system for 25 years suddenly have no workers,” said Seiling. “It’s totally unfair and irrational, really.”

G.W. Hall and Sons on Hoopers Island is one of the lucky houses that got the 30 visas it applied for, but Bryan Hall says he doesn’t feel fortunate.

Maryland’s 20 licensed crab processors typically employ some 500 foreign workers each season, from April to November, through the H-2B visa program, Seiling explained. The visas are for seasonal workers in non-agricultural jobs. Pickers are paid by the pound of meat they produce, and the most productive ones make up to $500 a week.

“Nobody wants to do manual labor anymore,” Seiling said. “It is just a very, very tight labor market right now, particularly in industries that are seasonal.”

But in February, Seiling stated, applications for about 200 of those visas were denied. That leaves women who are used to making an annual pilgrimage to Maryland being instead stuck at home, with limited options to feed their families.

“Our families depend on us and going to the United States is the best option because here in Mexico it is very difficult to find a job and apart from that you face the risk of so much crime,” Anayeni Chavarria Ponce, a crab picker from the Mexican state of Hidalgo, said via text message in Spanish. “Not to mention you can’t reach a salary even to buy the basics.”

Federal labor officials said there was “unprecedented” demand for H-2B visas in January. They received applications for 81,000 foreign workers when only 33,000 visas nationwide were available for work from April through September. The visas have become increasingly desirable over the past five years as overall U.S. unemployment falls.

Businesses are now asking President Donald Trump for help, in the hope that the guest worker program doesn’t get lost in the administration’s efforts to tighten immigration policies in order to score political points in its “America First” agenda. Dance continues:

“This is not an immigration issue,” said Morgan Tolley, general manager of A.E. Phillips & Son on Hoopers Island. “They come here, abide by rules, they pay their state and federal taxes, their Social Security taxes. They are a very important part of our local economies.”

Tolley said he supports the president and trusts he has businesses’ interests at heart, but he is skeptical and disappointed with the administration’s changes to the visa program.

“I voted for Donald Trump and I’d vote for President Trump again,” he said. “But I think in small rural towns in America, we’re getting the short end of the stick on labor.”

Returning to the issue of blueberries and the labor shortage, the geographical origin of the blueberries in my shopping cart was printed on the two packages I was purchasing: “Product of U.S.A., Hammonton, N.J.”

Hammonton, self-described as the “blueberry capital of the world,” is a small town with a population of about 14,600 located 45 miles north and west of Sea Isle. Altogether, some 80 percent of Jersey’s blueberries come from 56 farms in Atlantic County, all of which are located in or directly adjacent to Hammonton.

The Hammonton region is a prime location for blueberry farming because the soil in Jersey’s Outer Coastal Plain, making up nearly all of southern New Jersey, is more sandy, fine, and acidic than soil to the north, while the Hammonton region’s hot and humid climate is additionally perfect for growing the crop.

The U.S. Department of Agriculture’s statistical reports by state and agricultural product show that blueberries in Jersey had expanded to become an industry valued at $79.5 million per year by 2014, a 40 percent increase from the year before and far and away the state’s most lucrative crop.

A total of 8,800 harvested acres backs up New Jersey’s blueberry sector, with 7,594 of those acres located in or closely surrounding Hammonton.

The annual job of harvesting Jersey’s 57 million pounds of blueberries, much of which needs to be carefully hand-picked, packed and distributed in the six or seven prime weeks between mid-June and early August, is both fast-paced and voluminous.

Mechanical picking methods can be used to gather berries for jams and pie-fillings, but premium-quality blueberries responsible for a disproportionate share of farm profits need to be cautiously picked by hand.

For that more meticulous and painstaking harvesting and handling, blueberry farmers in the Garden State annually “rely on the 6,000 workers who travel to New Jersey to work in the fields,” explained the New American Economy in “Migrant Workers Keep New Jersey’s Blueberry Farms Local,” published on August 30, 2016.

“The farmers are totally dependent on these workers,” said Dory Dickson, director of the nonprofit group Migrant Worker Outreach.

That essential migrant workforce on Jersey’s blueberry farms is about three-quarters Hispanic and one-quarter Haitian, New American Economy reported. “It is a mix of Americans who trek up from Texas and foreign-born labor hired on guest-worker visas.”

“People who live here,” in the U.S., contends Dickson, “aren’t interested in working the fields.” According to the New American Economy, “In a 2011 study, covering a high unemployment period, only 268 U.S.-born workers applied for 6,500 farm jobs that were open in North Carolina, despite heavy advertising of the positions. Of those U.S.-born applicants, just seven completed the harvest season.”

Ralph R. Reiland is Associate Professor of Economics Emeritus at Robert Morris University in Pittsburgh and a longtime restaurateur and writer. His e-mail: rrreiland@aol.com.