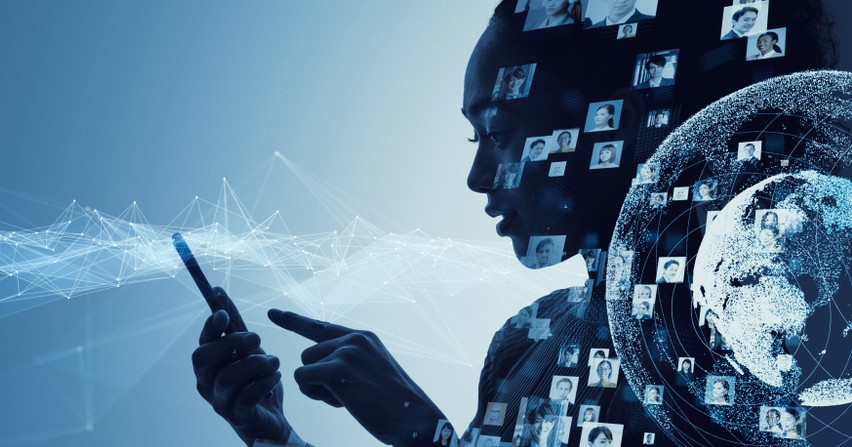 I am neither a conservative nor a Trump supporter, so my initial reaction when Twitter permanently cut the president off from his 88 million followers was positive. When Trump is not reading a speech prepared by a member of his staff — in other words, when he is just winging it — anything can happen, including, it seems, injury and death.

Twitter’s ban was just the start. Trump was also kicked off Facebook, Snapchat, Twitch, Instagram, and other social media sites, and Trump-supporting organizations, such as Parler and QAnon, were silenced, at least for the moment.

The alternative — allowing Trump to continue to run nearly half the country from his winter White House — might have presented a clear and present danger to the stability of our duly elected government in Washington, D.C. We might even have been pushed to the brink of a new civil war, with Trump the 21st-century version of Jefferson Davis.

So go for it, Big Tech (says my liberal voice). Marginalize Trump to keep America safe and to help us get back on track to honoring our country’s founding motto, E Pluribus Unum.

But there’s a problem with this logic. The attack on our Capitol building on January 6 was disturbing, but it was not a serious threat to our democracy. Twelve hours after the attack began, the joint session of Congress was back in business, and many of the key players in the attack have now been arrested.

Our country needs to set up a permanent, large-scale monitoring system to do to the Big Tech companies exactly what they do to us.

But when unelected executives at private tech companies — companies that are in no way accountable to the citizens of the United States — are making consequential decisions about what content tens of millions of people can see online and what content they cannot see and about which public figures are allowed to use their platforms and which public figures are not (even the duly elected president of the United States!), democracy no longer exists.

Instead, a dozen or so tech executives — all of whom lean left politically — are pulling the strings of millions of marionettes who don’t even know those strings exist. Rigorous empirical research I have been conducting since 2013 has identified about a dozen new forms of influence that the internet has made possible and that are controlled entirely by the Big Tech platforms. I testified before Congress about some of my findings in 2019. These new forms of influence allow the tech companies to shift the votes and opinions of millions of undecided voters without people knowing.

Monitoring systems I’ve set up now in four elections have also allowed to me to preserve the actual “ephemeral experiences” the tech companies use to shift opinions and votes. Normally, such experiences are lost forever, but monitoring systems capture them accurately. In the recent presidential election and the Senate runoffs in Georgia, we preserved more than 1.6 million election-related ephemeral experiences. We found that the strong political bias evident in the presidential election could easily have shifted six million votes to Joe Biden in the months leading up to the November election. And we also caught Google employing a truly blatant manipulation: sending “vote” reminders just to liberals at one point. Over a period of months, that kind of targeted messaging could have caused hundreds of thousands of people to register to vote or to mail in ballots who otherwise would not have.

The good news is that we got Google to stop the targeted messaging, but not, unfortunately, until the night of October 30, 2020 — just four days before Election Day. From that point forward, Google sent vote reminders to everyone. That’s fair, right? Not at all. Because more liberals use Google than conservatives do, sending vote reminders to all Google users still gives more votes to Democratic candidates than to Republican candidates — in other words, it’s still a vote manipulation, just not as extreme a manipulation as the targeted reminders.

In the presidential election we also discovered that Google search was boosting liberal content and suppressing conservative content. We know from our experimental research that that can easily shift 20 percent or more of the votes of undecided voters — up to 80 percent in some demographic groups. This is because people are much more likely to trust and click on high-ranking search results, so undecided voters end up seeing politically biased content much of the time, and that pushes their thinking and behavior in one direction.

Even here, there’s some good news. By the time the Georgia Senate runoff elections rolled around, Google knew that we were monitoring their activity in Georgia on a large scale. As a result, they eliminated the liberal bias we had seen in their search results in the presidential election. They also refrained from sending vote reminders to any voters in Georgia.

In other words, in the two recent elections we used large-scale monitoring not just to preserve election manipulations but also to stop Big Tech companies from using those manipulations. To me, this demonstrates that our country needs to set up a permanent, large-scale monitoring system to do to the Big Tech companies exactly what they do to us: track their activities 24/7.

We need to monitor the tech companies not just to keep elections fair but also to guard against censorship and manipulation in every domain of human functioning. If you doubt that that’s a real threat, please view the “The Selfish Ledger,” a disturbing eight-minute video that leaked from Google in 2018. It’s about the company’s ability to “resequence” human behavior according to “Google’s values.”

We now know how to build monitoring systems, but do we have the will to set them up? I have my doubts, especially given events of recent days. The attack on the Capitol on January 6 has so deadened people’s concerns about Big Tech that they are simply looking the other way as the arrogant executives at these companies blatantly silence American voices that represent almost half the citizens in the country.

When happens when we allow these companies to de-platform every individual, organization, and point of view they don’t like?

Here’s what happens: We turn our democracy over to Big Tech.

Robert Epstein, Ph.D. (@DrREpstein), former editor-in-chief of Psychology Today, is senior research psychologist at the American Institute for Behavioral Research and Technology. He has published 15 books and more than 300 articles on AI and other topics. His full congressional testimony can be accessed here. You can learn more about his research on online influence at https://MyGoogleResearch.com.