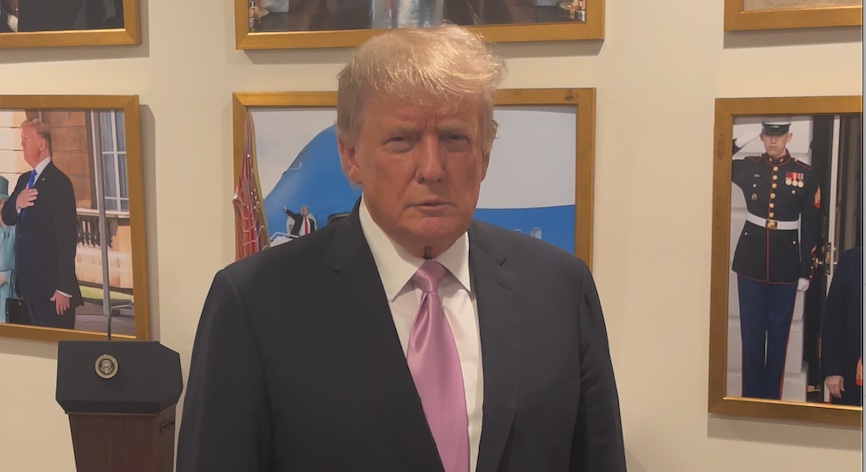 The Lawrence County Republican Party of Pennsylvania holding not one but two debates last week. The first for candidates running for an open U.S. Senate seat, the second for GOP candidates for governor of Pennsylvania, the latter an open seat as well in 2022.

Lawrence County, for the non-Pennsylvanians out there, is in southwestern Pennsylvania, west of Pittsburgh and on the Ohio border.

County Republican Chair Lynne Ryan and her team pulled together a considerable event in the huge and decidedly historic and classic Scottish Rite Cathedral. Full disclosure, I was drafted as the moderator of both debates, with the Senate debate up first, followed by the gubernatorial debate.

All the candidates in both debates performed well. There were no glitches, mistakes, or verbal miscues. In fact, with the GOP primary in May, these races have only just begun. There is a long way to go in races that involve a big state with candidates now going about the relentless work of getting themselves and their policy positions known to voters.

But there was one standout factor at play that night, it seemed to me: former President Donald Trump. Chairman Ryan had asked if it were possible to get a 2-3 minute video greeting from the president as a surprise for the audience. I put in her request. Lo and behold, the night before the debates, as we were doing a “walk through” on stage, into my email came a link to a new video from the president that he had done specifically for the event. Here it is, and yes, full disclosure, he gives an opening shout-out to both Lynne Ryan and myself.

What was striking politically was the response the night of the debate both to the video — huge applause and cheers — and the clearly passionate support for Trump that was evident throughout the night.

For example, along with my own questions for the candidates, I was happy to take questions offered by audience members. In the break between the two debates, I took my own break and returned to find a note on my desk placed there by an unknown audience member. The question was scribbled out in pencil for the governor candidates and went like this:

Would like to ask the Governor candidates if they believe that Joe Biden is the legitimate winner of the state of Pennsylvania in the 2020 elections?

Then, underneath, was this, heavily underlined:

Yes or No only!

I repeated the question verbatim to the candidates for governor. All of the candidates, being candidates, expressed at length their concerns about the integrity of Pennsylvania elections, touching on examples that have been featured in this space from the past, which I also used in asking my own question on this subject. When one candidate shouted a loud “No!” to the question of whether Biden was a legitimate president, the auditorium erupted in thunderous applause and shouts of approval.

This brings me to the former president’s oft-repeated charge that the election was stolen, something his opponents sneer at as “the Big Lie.” But, in fact, though his detractors in the media don’t like it, the issue of election integrity in Pennsylvania has to be asked. Why? Because Pennsylvania has a serious history of voter fraud in past elections. Certainly in the case of Pennsylvania, calling questions about the integrity of the 2020 election “the Big Lie” is itself what might be called “the Really Big Lie.”

Case in point? Veteran journalist Mollie Hemingway of the Federalist has an outstanding new book out titled, memorably, Rigged: How the Media, Big Tech and the Democrats Seized Our Elections. Mollie, as always thoroughly doing her homework, documents in detail what the book jacket observes was the “heavy-handed meddling in an election by the most powerful institutions in the country.”

What specifically caught my attention was her extraordinary and detailed look at just what did happen in my home state of Pennsylvania in 2020. And while Trump enemies in and out of the media prattle on about his charges of a stolen election being “baseless,” Mollie puts the lie to the “Big Lie” and illustrates exactly why so many Americans other than Trump — in this case, those Pennsylvanians in that debate audience last week — believe there were serious problems with the 2020 election.

Whether it was making changes “to expand mail-in balloting,” the realization of the need for lawsuits, Democrats blocking Pennsylvania Republicans from viewing the counting of ballots, the huge Trump lead on election night, the over $21 million pumped into Pennsylvania by the far-left Mark Zuckerberg-funded Center for Technology and Civic Life, with some of that used to set up unmanned drop boxes for ballots that led to the illegal practice of “ballot harvesting” — there was one problem after another in Pennsylvania in 2020.

That also included accepting ballots that should have been rejected for “failure to conform to the anti-fraud provisions” of state election law or the Democrat-run Pennsylvania State Supreme Court allowing “improper votes to be counted,” and also a double-standard in following election law in one part of the state while another part of the state was allowed not to follow the same law.

In that last case of a double standard, Mollie writes:

Back in November (of 2020), Republican candidates and attorneys began to realize that disparate interpretation of Pennsylvania election law and lower standards for mail-in balloting relative to in-person voting were benefiting Democratic candidates in significant ways.

“Voters in Pennsylvania were held to different standards simply based on how they chose to cast their ballot” which created a “two-tiered election system (that) resulted in potentially fraudulent votes being counted without proper verification or oversight.”

And let’s not leave out that Pennsylvania is a state where ballots could not be opened until Election Day — but Democrats did just that.

All of this and oh so much more — notably Pennsylvania’s past history of stolen elections or attempts to steal them (as I have documented here) — speaks volumes as to why the idea that Joe Biden is not the legitimate president received such huge applause at the Lawrence County GOP debate.

It is a tribute to Trump and his voters in both Pennsylvania and now Arizona, as was seen this past Saturday night at his rally in Florence, Arizona, that his “base” is going exactly nowhere.

Jeffrey Lord
Follow Their Stories:
View More
Jeffrey Lord, a contributing editor to The American Spectator, is a former aide to Ronald Reagan and Jack Kemp. An author and former CNN commentator, he writes from Pennsylvania at jlpa1@aol.com. His new book, Swamp Wars: Donald Trump and The New American Populism vs. The Old Order, is now out from Bombardier Books.
Most Popular
1
Arts and Letters
The Ally of Executioners: Pushkin, Brodsky, and the Deep Roots of Russian Chauvinism
by Matthew Omolesky