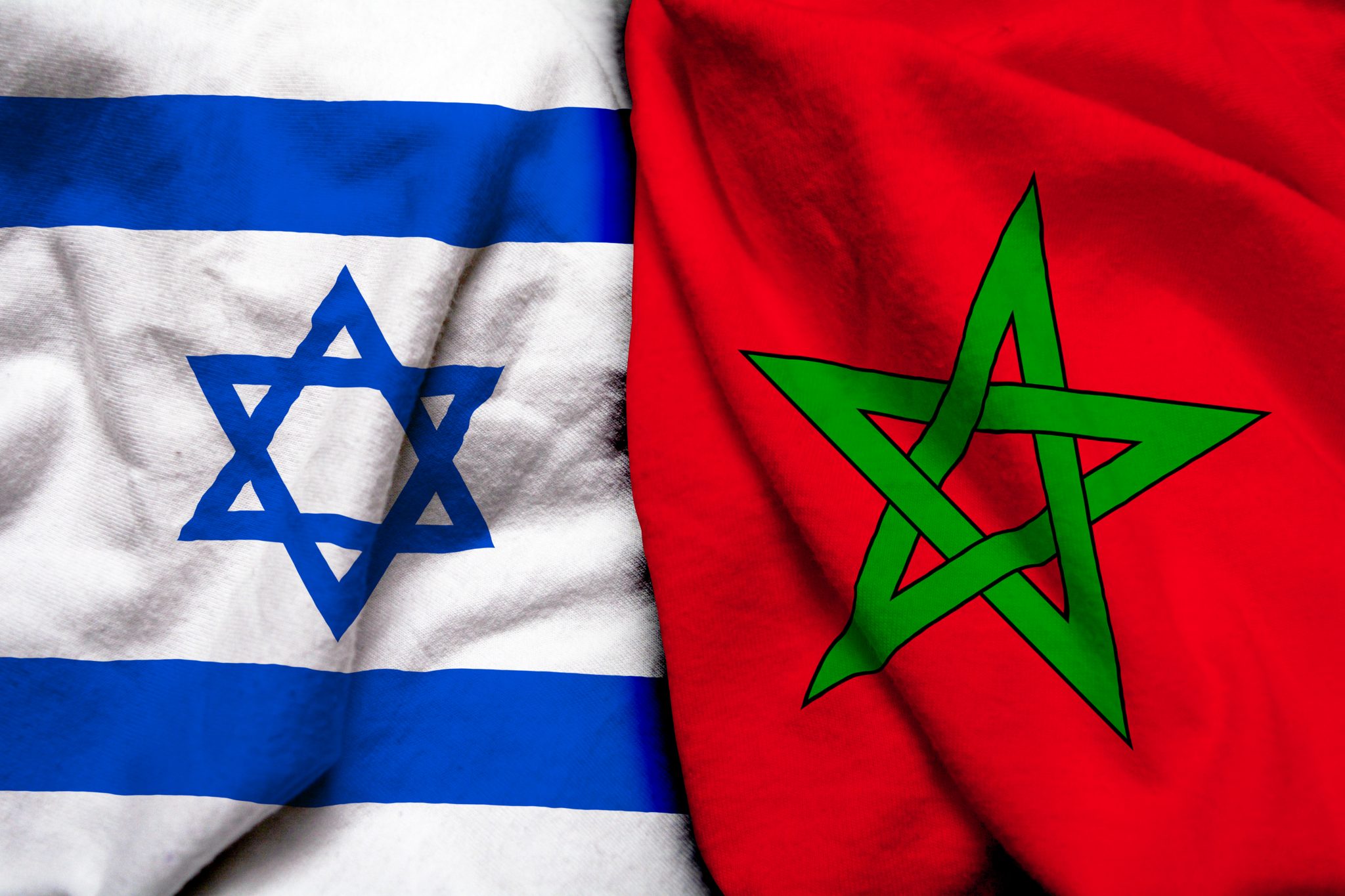 The Trump administration continues to score victories in Middle East diplomacy. President Trump recently announced that Morocco will normalize relations with Israel, joining the UAE, Bahrain, and Sudan as the fourth Arab country to do so in four months. The UAE, Bahrain, Egypt, and Oman praised the news. President Trump is working to schedule an official ceremony commemorating the Morocco–Israel normalization to take place before January 20.

This follows a series of State Department visits to the Middle East in the past few weeks: the State Department broke ground on a new U.S. Consulate in Casablanca; Special Envoy for Syria Joel Rayburn toured Israel, Turkey, Egypt, Bahrain, and northeast Syria; Assistant Secretary of State for Near Eastern Affairs David Schenker went to Oman and Saudi Arabia; Secretary of State Mike Pompeo attended via videoconference the U.S.–Bahrain Strategic Dialogue and the IISS Manama Dialogue, and U.S. Special Representative for Afghanistan Reconciliation Ambassador Zalmay Khalilzad traveled to Turkey and Qatar.

Additionally, the United States is scoring major wins against Iran. Democratic efforts failed twice to sink the sale of an estimated $23.37 billion arms package to the UAE, including up to 50 F-35 Lighting II aircraft, up to 18 MQ-9B Unmanned Aerial Systems, and a package of air-to-air and air-to-ground munitions. This deal will serve to balance the threat Iran poses to the region. The State Department also sanctioned individuals linked to the IGRC in Iran and Yemen, and Latvia and Slovenia recently declared Hezbollah a terrorist organization. Additionally, Prime Minister Benjamin Netanyahu has also reportedly been invited to Cairo on an official visit by Egyptian President Abdel Fattah Al-Sisi to discuss growing security cooperation on Iran.

The Trump administration continues to see growth in the normalization agreements between Israel and the UAE and Bahrain since my last article in The American Spectator on this topic, and is poised to broker even more Middle East peace deals.

Details of the Normalization Deal

In what many believe was what Morocco wanted in exchange for normalization, President Trump signed a proclamation recognizing Morocco’s sovereignty over the Western Sahara. This significantly buttresses Morocco’s claim to the area, of which Morocco currently controls 75 percent, while its citizens make up an estimated 66 percent of the population. The U.S.’s proclamation was followed by statements in support from the UAE and Bahrain, while the United Nations was quick to declare its position “unchanged.” The proclamation is the culmination of President Trump and Jared Kushner’s break with Sen. Jim Inhofe (R-Okla.) and John Bolton, who opposed U.S. recognition of Moroccan sovereignty over the Western Sahara.

Additionally, the United States is currently negotiating with Morocco for the sale of four MQ-9B SeaGuardian drones, which Congress will need to approve. While a U.S. official denies that this is part of the normalization deal, the U.S.’s International Development Finance Corporation, a government organization that President Trump set up last year, is considering $3 billion in investments in Moroccan banks, hotels, and renewable energy. The UAE may have already given Morocco money as part of the normalization deal.

Israel and Morocco are bracing for what Netanyahu predicts will be “a very warm peace.” Israel’s and Morocco’s ambassadors to the United Nations have already spoken over the phone to celebrate.

According to Moroccan King Mohammed VI, Israel and Morocco will reestablish bilateral ties “as soon as possible”; “develop innovative relationships in the economic and technological fields,” which will include reestablishing liaison offices closed in 2002; and develop direct flights between the countries. Israeli airlines El Al, Israir, and Arkia are planning direct flights, while the Israir CEO has predicted that 150,000 Israelis will visit Morocco next year. Currently, an estimated 50,000 Israeli tourists visit Morocco each year, albeit through indirect routes.

In diplomacy, an Israeli delegation from the country’s Foreign Ministry visited Manama to scout for a location for a temporary foreign mission in Bahrain to be set up before the end of the year. They are also looking into locations for a temporary mission in Dubai and a consulate in Abu Dhabi.

In trade and business, both the UAE and Bahrain are buying goods from Jewish communities in Judea and Samaria and are selling them without discriminatorily labeling them like the EU does. Two hundred Israeli entrepreneurs met with their Emirati counterparts in Dubai for the Gulf Information Technology Exhibition (Gitex) Technology Week. A “huge influx” of Israeli exhibitors is expected in Dubai in May for the Arabian Travel Market.

In culture and sports, Fleur Hassan-Nahoum, deputy mayor of Jerusalem and co-founder of the UAE–Israel business council, is currently in Dubai, visiting friends and watching the Israeli Opera and Andrea Bocelli perform live. The UAE is now receiving hundreds of requests from Israeli Jews, Christians, and Arabs who want to get married in Dubai. UAE’s royal family has purchased a 50 percent stake in Israel’s Beitar Jerusalem soccer team, with a commitment to invest over $90 million into the team in the next 10 years.

In innovation, UAE has expressed interest in partnering with Israel for Israel’s second attempt to land a spacecraft on the moon. An Israel startup signed a deal for distribution of its blood test device in the UAE. It will also distribute to Saudi Arabia and “other Gulf countries.”

In energy, the energy ministries of the UAE and Israel are brainstorming ways to cooperate.

In matters of religion, a Bahraini delegation visited the Temple Mount in Jerusalem, hiding their nationality so they wouldn’t be assaulted by Palestinians like a UAE delegation was before them, and the Saudis were before them. A Chabad-led menorah lighting ceremony for Hanukkah drew approximately 500 people at the foot of the Burj Khalifa hotel in Dubai. Rabbi Levi Duchman, Chabad’s resident rabbi in Dubai, put it well enough: “The message behind Hanukkah is to spread light over darkness. And I see the UAE as the brightest light in this region.”

Oman. An “unsourced report” from Israel’s Channel 13 TV stated that Oman is next in line to normalize relations with Israel. Oman applauded the Morocco–Israel normalization news, which may be a good sign that it will follow in normalizing ties with Israel. Oman had previously praised the UAE and Bahrain normalization agreements as well. As stated above, Assistant Secretary of State for Near Eastern Affairs David Schenker visited Oman, as well as Saudi Arabia, recently.

Bhutan. An Israeli reporter, citing unnamed diplomatic sources, claimed that Israel and Bhutan will announce diplomatic relations next week. Bhutan is Buddhist; this welcomed diplomatic breakthrough would not be directly related to the Muslim world’s growing warmth towards Israel and the Abraham Accords. Bhutan is relatively isolationist, having relations with only about 50 countries.

Niger. As I reported previously in The American Spectator, Mossad Chief Eli Cohen stated that Israel and Niger were in talks for normalizing relations, but that the success of the talks hinges on the victory of Mohamed Bazoum in Niger’s presidential elections. Those elections will be on December 27, and Bazoum supports normalization with Israel.

Saudi Arabia. According to Jared Kushner, Israel and Saudi normalization is “inevitable.” It has been reported that Saudi Arabia was influential in securing the Morocco–Israel normalization agreement, as it had helped in the agreements with Bahrain and the UAE, although the precise nature of its involvement is unknown. One Israel Hayom journalist has seen a trend in both Saudi media and officials warming to the idea of normalization with Israel, and given Saudi Arabia’s warm relations with Morocco, normalization seems even more likely. With a Biden administration expected to be more hostile to Saudi Arabia (see my previous American Spectator article for details), it would be in Saudi Arabia’s best interest to make a normalization deal now.

Qatar. A Haaretz journalist noted on Twitter an Israeli flight returning from Qatar, which may indicate possible normalization talks. Saudi Arabia and Qatar appear closer to resolving their differences, possibly before January 20, and Qatar–Israel normalization (as well as Saudi Arabia–Israel normalization) may be a part of this. But the fact that Qatar is lobbying the U.S. for F-35s while trying to tank the UAE’s arms sale will probably complicate things.

Indonesia. The “unsourced report” from Israel’s Channel 13 TV referenced above also states that Indonesia is interested in a normalization agreement with Israel. I could not find any further information on this. For an interesting recent article on the prospect of Israel–Indonesia normalization, see here. Just last month, the Israel–Asia Center launched the Israel–Indonesia Futures Program, which will bring Israelis and Indonesians together to develop health, food security, and education solutions during post-COVID-19 recovery.