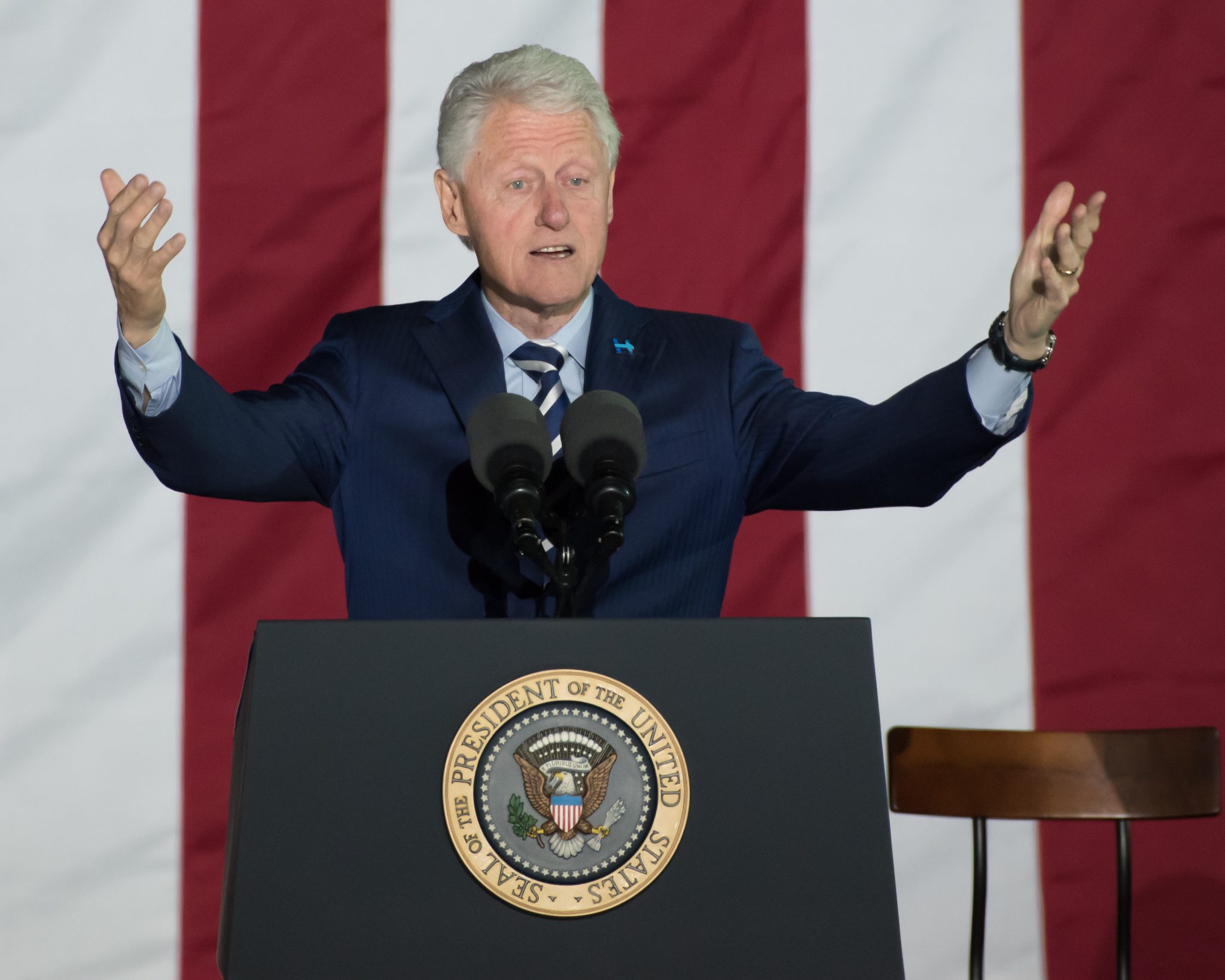 “I don’t know Roger Clinton. I’ve never met Roger Clinton. How did he know I applied for clemency? That’s not public information. And how did he get my private cell phone number? I don’t give that out, but it was in my clemency application.” Those comments were shared with me by someone who had a clemency application pending before Bill Clinton when he left the presidency. The applicant was convinced Bill gave the cell phone number to his brother.

Roger Clinton told the applicant it would cost $100,000 to get a pardon from his brother. Was the applicant willing to pay? “I didn’t have the money. I couldn’t pay that even if I wanted to,” the applicant later recalled. The applicant, who wishes to remain anonymous due to ongoing business considerations, never received a pardon.

This was the crazy final 18 months of the Clinton presidency. Roger was cold-calling applicants offering to get them clemency in return for cash.

He was not the only brother in the Clinton clan who attempted to profit from executive clemency decisions. Hillary’s siblings, Hugh and Tony Rodham, each made hundreds of thousands of dollars hustling clemency for felons who were willing to pay. For example, Hugh was paid more than $200,000 to ensure Carlos Vignali received a commutation from Clinton. Vignali was a cocaine drug kingpin.

The Vignali clemency is among the hundreds of Clinton pardons and commutations I profile in Pardongate: How Bill & Hillary Clinton and Their Brothers Profited from Pardons. Much was made of one of the most notorious pardons, given to fugitive billionaire Marc Rich, who had renounced his U.S. citizenship. The $3 million in cash and gifts showered on the Clintons and their causes by Rich’s ex-wife may have cushioned the blow of criticism.

Others were upset Clinton pardoned his brother Roger for a 1980s conviction for cocaine dealing. I agree with the New York Post’s Steve Dunleavy, who wrote, “if you can’t give your brother a pardon, who can you pardon?” Thanksgivings would be very awkward if Bill hadn’t.

In those final hours of Clinton’s last day in office, the pardon attorney was frantically preparing clemency certificates for recipients whose names were misspelled or whose addresses were unknown.

In some of his clemency decisions, Donald Trump has been very clear that there is something fundamentally wrong to have been convicted as an accomplice to a crime that never occurred. It’s been established ad nauseam after investigations in the House and Senate, by Republicans and Democrats, and in a special counsel investigation that there was no collusion between the Trump campaign and the Russians to steal the 2016 election. But the Pulitzer Prize Board was not constrained by facts when it awarded the 2018 National Reporting prize jointly to the New York Times and Washington Post for nearly two dozen stories, many heavily based on unnamed and anonymous sources, purportedly reporting details of a crime that didn’t happen.

Despite the hand-wringing and pearl-clutching going on over Trump’s pardons and commutations, nothing compares to the sheer magnitude of how many clemency decisions Clinton rendered in return for payments to family members, donations to Hillary’s campaigns, and funds for the Clinton Library. As he was leaving office, Clinton had only raised $3 million toward his library’s $200 million goal. He had a $197 million shortfall to make up.

Other lucky clemency recipients were business partners, political cronies, friends, or friends of friends, such as the international money launderer for the Cali drug cartel. He was buddies with a couple of White House senior staff.

Of the 140 pardons Clinton issued on January 20, 2001, 47 completely bypassed the Justice Department, and 30 recipients had not even filed a petition. In those final hours of Clinton’s last day in office, the pardon attorney was frantically preparing clemency certificates for recipients whose names were misspelled or whose addresses were unknown. The pardon attorney was relegated to doing internet searches on people Clinton wanted pardoned. Some recipients were shocked they were given clemency they never requested. It was a free-for-all.

Two recipients, Roger Clinton and Glenn Braswell, were under FBI investigation for possibly committing additional crimes when they received their pardons. Braswell was later convicted of his crimes. Bill Clinton’s pardon wiped away Braswell’s first conviction, allowing him to be treated as a first-time offender instead of a twice-convicted felon.

The Clinton–Rodhams’ many pardons and commutations were so indefensible that long-time Clinton apologist and former adviser Lanny Davis could not bring himself to write even a single paragraph of spirited defense of the them in his book. Davis’s Scandal: How “Gotcha” Politics Is Destroying America was a noble effort to excuse and explain away Clinton scandals, but when it came to the pardons, Davis took a pass. For that matter, Hillary, too, skipped the topic entirely in her Living History.

Bill Clinton made a meager effort to explain away his scandalous pardons. He devoted barely three pages out of his nearly 1,000-page autobiography My Life to the matter. Not surprisingly, his comments were replete with one lie after another.

It is apparent today that the Clintons’ two-decade pay-to-play scheme, which amassed nearly a quarter of billion dollars for Bill and Hillary Clinton and billions of dollars for the Clinton Foundation, began with these pardons.

Mark Hyman is an investigate journalist. His book Pardongate: How Bill & Hillary Clinton and Their Brothers Profited from Pardons was released on June 30, 2020. You can follow him on Twitter and Parler at @MarkHyman.